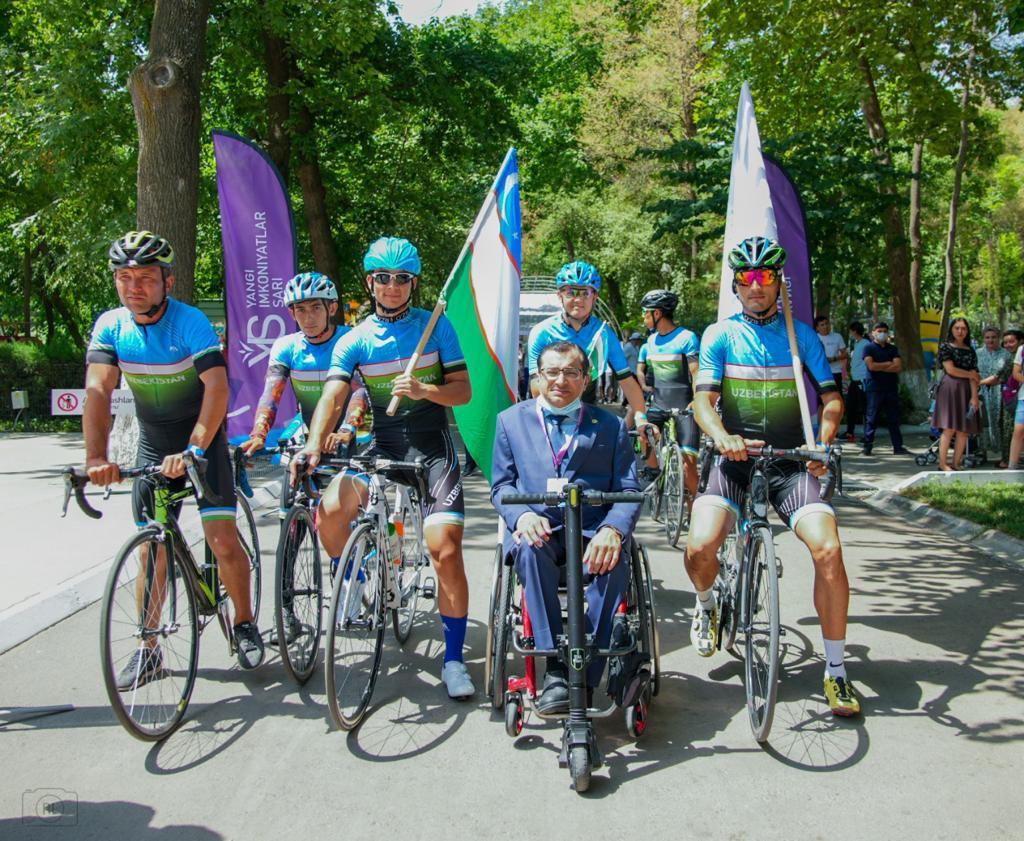 The tour began in Uzbekistan, where the pair were hosted by Mukhtorkhon Tashkhudjaev, President of the Uzbekistan National Paralympic Association, and met with the Minister of Tourism and Sports and Deputy Prime Minister, Aziz Abdukhakimov.

They learnt about the growth of Para sport which has seen Uzbekistan - a nation which first competed at the Athens 2004 Paralympic Games with one athlete - send 32 athletes to Rio 2016.

Uzbekistan has now won 31 Paralympic medals and the President recently signed a law which ensures that gold medallists at the Tokyo 2020 Paralympic Games will get the same financial reward as their Olympic counterparts.

"It is clear that Uzbekistan has developed a robust system to develop Para athletes and that this is supported from the very top of their Government," Rashed said.

"We are very encouraged to see the impact that their actions are having on people with a disability in their country and are excited by their ambitions for Para sport in the future."

The next stop was in Tajikistan's capital Dushanbe.

Rashed and Souei were met by officials of the Tajik Paralympic Committee who spoke about the challenges faced in developing Para sport in the country, including the need for more accessible facilities.

"Without accessible facilities it is hard to establish programmes that can deliver athletes to compete at a senior level and without success on the international stage, it is hard to secure funding to inspire the next generation of athletes to come through," Rashed said following that meeting.

"We are delighted that a number of young Para athletes will be coming to Bahrain [2021 Asian Youth Para Games] to start their journey.

"They are the future and I hope that this can be a catalyst for the Paralympic Movement to grow in Tajikistan."

Lastly, the APC officials were welcomed in Kyrgyzstan by the National Paralympic Federation of the Kyrgyz Republic and chairman of the Cabinet of Ministers Ulukbek Maripov.

"There is clearly a lot of potential for growth of the Paralympic Movement in the Kyrgyz Republic and Minister Imanaliev recognises this," concluded Rashed.

"This tour has been very enlightening.

"I have been impressed by the dedication and passion of everyone that we have met.

"The Asian Paralympic Committee is ready to support wherever we can to help the development of para-sport in this region."