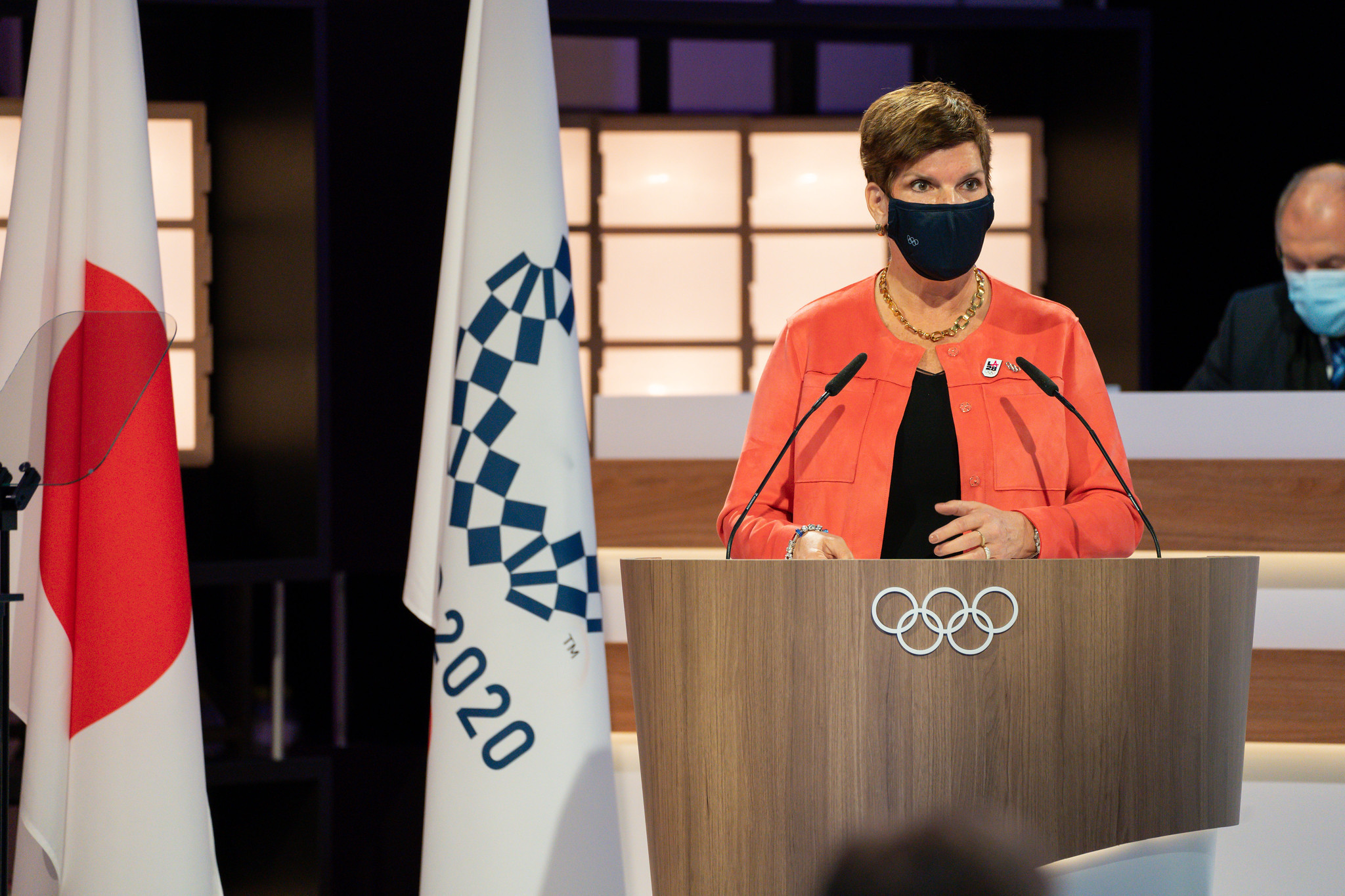 Nicole Hoevertsz said her dream had become a reality after she was elected as a vice-president of the International Olympic Committee (IOC) at the organisation's Session here today.

insidethegames exclusively revealed earlier this week that Hoevertsz would take the place vacated by American Anita De Frantz, who has served the maximum of two four-year terms.

The 57-year-old from Aruba, who has only been a member of the IOC Executive Board for four years, received 72 votes with seven against.

The election of the former synchronised swimmer continues her rise through the ranks of the organisation since becoming part of the IOC in 2016.

"If you would have asked me many years ago if I would ever think of becoming a vice-president of the IOC, I would have thought that I was dreaming," Hoevertsz said.

"But today you make this dream a reality from a young lady from a small island.

"I promise to continue to work with you, for you and for the organisation."

Hoevertsz has already been entrusted with high-profile IOC roles by President Thomas Bach, who appointed her to chair the Coordination Commission for the 2028 Olympic Games in Los Angeles in 2019.

She also chaired the Olympic Athletes from Russia Implementation Group, charged with finalising rules and regulations for the participation of Russian athletes at Pyeongchang 2018, and is a vice-chair of the Paris 2024 Coordination Commission.

Her term on the Executive Board concludes in 2025, at the same Session where the IOC is due to elect Bach's successor as President after he will have served the maximum of 12 years in the top job.

Kristin Kloster Aaasen, the Norwegian who chaired the panel which recommended Brisbane host the 2032 Olympics and Paralympics, has assumed Hoevertsz's seat on the Executive Board after receiving 71 votes and six against.

Kloster Aasen will leave her role as head of the IOC Future Host Commission as officials on the group cannot also be on the Executive Board.

Oswald, who chaired the Disciplinary Commission which investigated and ruled on Russian cases stemming from the doping-tainted 2014 Winter Olympics in Sochi, was given 71 votes with seven against.

Mitchell was re-elected as ANOC representative after receiving 75 votes, while three voted against the Fijian being given another four-year term.

The Session rubber-stamped the status change of Kirsty Coventry, due to leave her position as chair of the IOC Athletes' Commission at the end of the Tokyo 2020 Olympics, to full membership.

The Zimbabwe Sports Minister and two-time Olympic swimming champion was given 78 votes with two against.

Morariu leads the IOC's Future Host Commission for the Winter Games, while Jaworski sits on the Executive Board.

Crown Prince Frederik is not attending the Session or the Games, which open on July 23, after coming into close contact with a confirmed positive COVID-19 case.

Sir Craig, the former chairman of the British Olympic Association, said his membership of the IOC has been a "fulfilling and exciting part of his life" and wished the IOC luck as a "hugely significant international organisation in a troubled world".