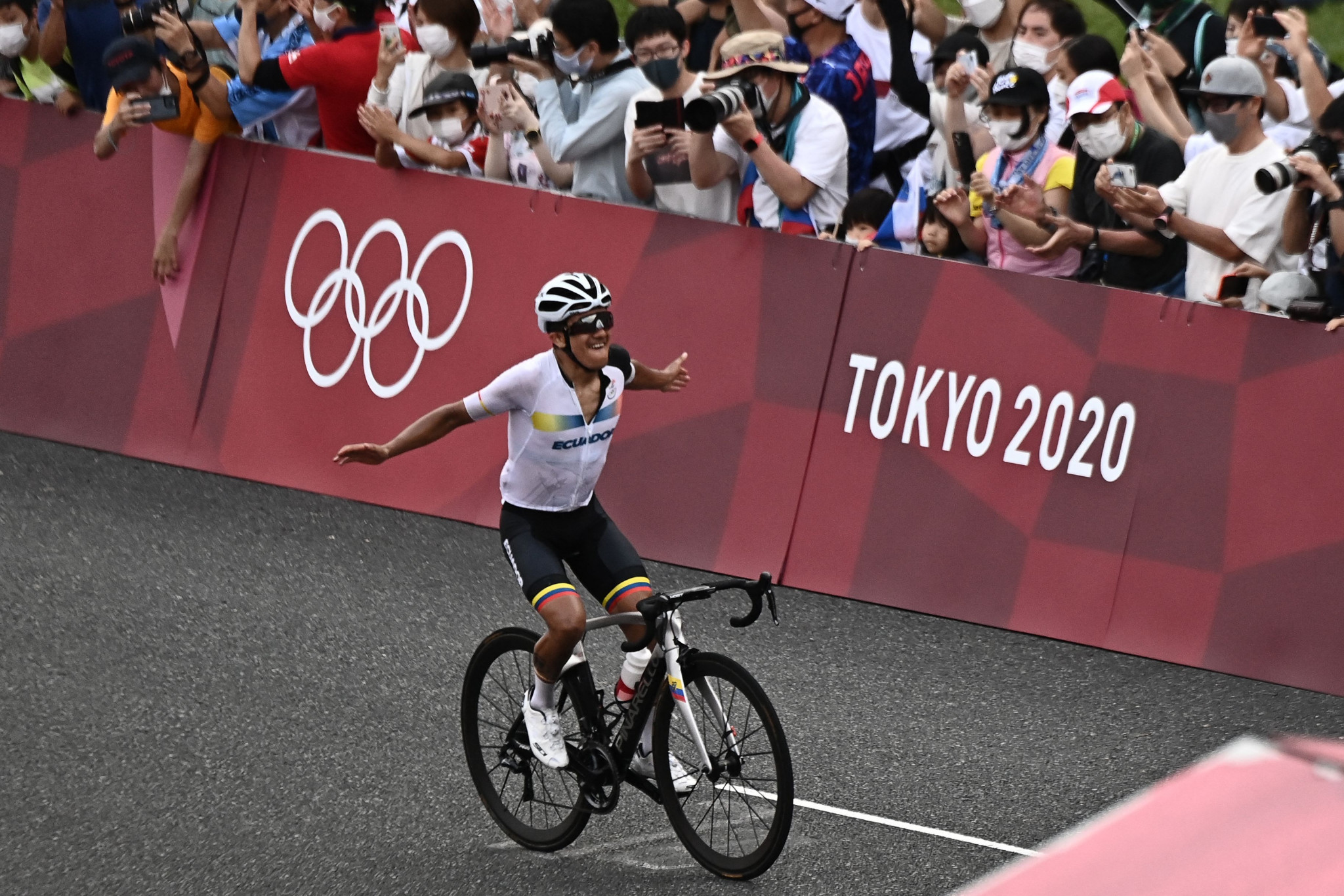 Carapaz was hoping to achieve further Ecuadorian history, after his maiden Tour de France podium finish six days prior and his Giro d’Italia title in 2019.

He proved one of the strongest riders on a challenging 234 kilometre course, which began at Musashinonomori Park in Tokyo and featured challenging climbs of the lower slopes of Mount Fuji.

The race gathered pace at the main climbing section at Mikuni Pass, with Tadej Pogačar among the first riders seeking to test their rivals.

The Slovenian, who won the Tour de France for a second consecutive year last week, accelerated on the climb with United States’ Brandon McNulty and Canada’s Michael Woods.

Only a select group were able to remain in contact with the trio, including Carapaz, Britain’s Adam Yates and Belgium’s Wout van Aert.

Carapaz and McNulty launched a devise move from the group with 25 kilometres remaining, with the pair working in tandem to build a lead of nearly 40 seconds.

The chase group were at one stage able to reduce the deficit to 15 seconds as they entered the Fuji International Speedway circuit for the final time.

Carapaz pulled away from a tiring McNulty with five kilometres remaining, with the 28-year-old able to enjoy a solo ride to the finish.

He crossed the line in a winning time of 6 hours, 5min and 26sec.

McNulty was unable to hold on to claim the silver medal.

Van Aert and Pogačar claimed the final medals in an eight-man sprint, with a photo finish required to separate two of the stars of the Tour de France.

Van Aert crossed the line second in a time of 6:06:33, adding to his three stage wins in France.

Pogačar finished on the same time to secure bronze, becoming the first reigning Tour de France champion to finish on the podium in the road race at the Olympics in the same year.

The Netherlands’ Bauke Mollema and Woods rounded off the top five, with McNulty, Rigoberto Uran of Colombia and Yates also in the group, finishing narrowly outside the medal positions.

Despite being told not to gather to watch from the roadside in Tokyo, numerous fans defied the COVID-19 restrictions to cheer on the 130 riders.

A large crowd were present at the finish at the Fuji International Speedway, due to the venue being outside Tokyo's state of emergency measures.

Stands were permitted to be at half capacity for the event.