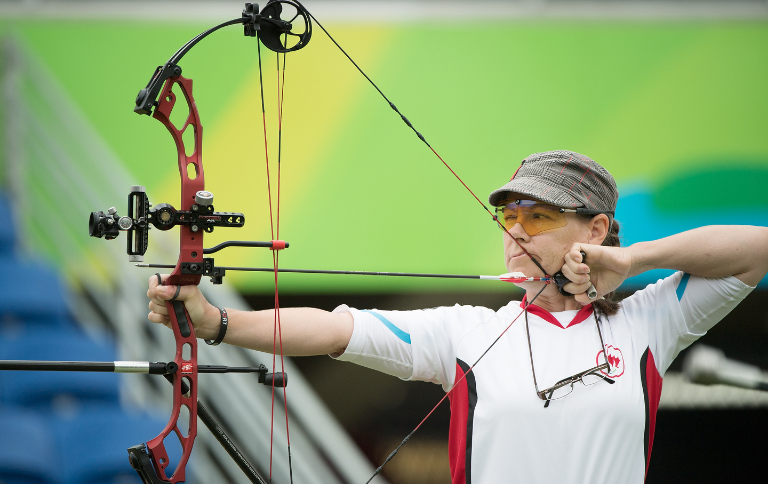 Karen van Nest is set to represent Canada at a sixth consecutive Paralympic Games after being confirmed as the country's sole archer for Tokyo 2020.

It is the 58-year-old's third selection as part of the archery team, having previously competed in shooting at Sydney 2000, Athens 2004 and Beijing 2008.

Following a shoulder injury that forced her to retire from shooting after her third Paralympics, Van Nest was able to pick up archery and first represented Canada at the Games in the sport at London 2012.

She is set to compete in the women's compound open in Tokyo next month, having earned the qualification slot in March when she earned a silver medal at the Pan American Championships in Monterrey in Mexico.

"This will be my sixth Games, and it is always an incredible feeling walking into a stadium representing your country at a Paralympic Games," said Van Nest.

"I'm excited to be finally travelling to Tokyo in August."

Van Nest is a silver medallist from the 2015 Parapan American Games in Toronto.

Get to know more about Olivia Meier, Canada's first ever Paralympian in badminton 🏸 https://t.co/3YMZ0f57yN @canadabadminton pic.twitter.com/QRHJmLfsLq

Olivia Meier is due to become the first Canadian to compete in badminton at the Paralympics, which is making its debut at Tokyo 2020.

She is entered in the women's SL4 singles tournament.

The 22-year-old made her first multi-sport event appearance at the Lima 2019 Parapan American Games.

At those Games, she won gold in the mixed doubles with Pascal Lapointe as well as a silver in the women's SU5 singles, participating in a different classification as hers was not on the programme.

Meier is ranked 11th in the world.

"I’m absolutely ecstatic that I will be part of the very first badminton event at the Paralympic Games," said Meier.

"This is an amazing opportunity.

"I can't wait to get on court to compete and represent my country."

The Tokyo 2020 Paralympics is set to take place from August 24 to September 5.