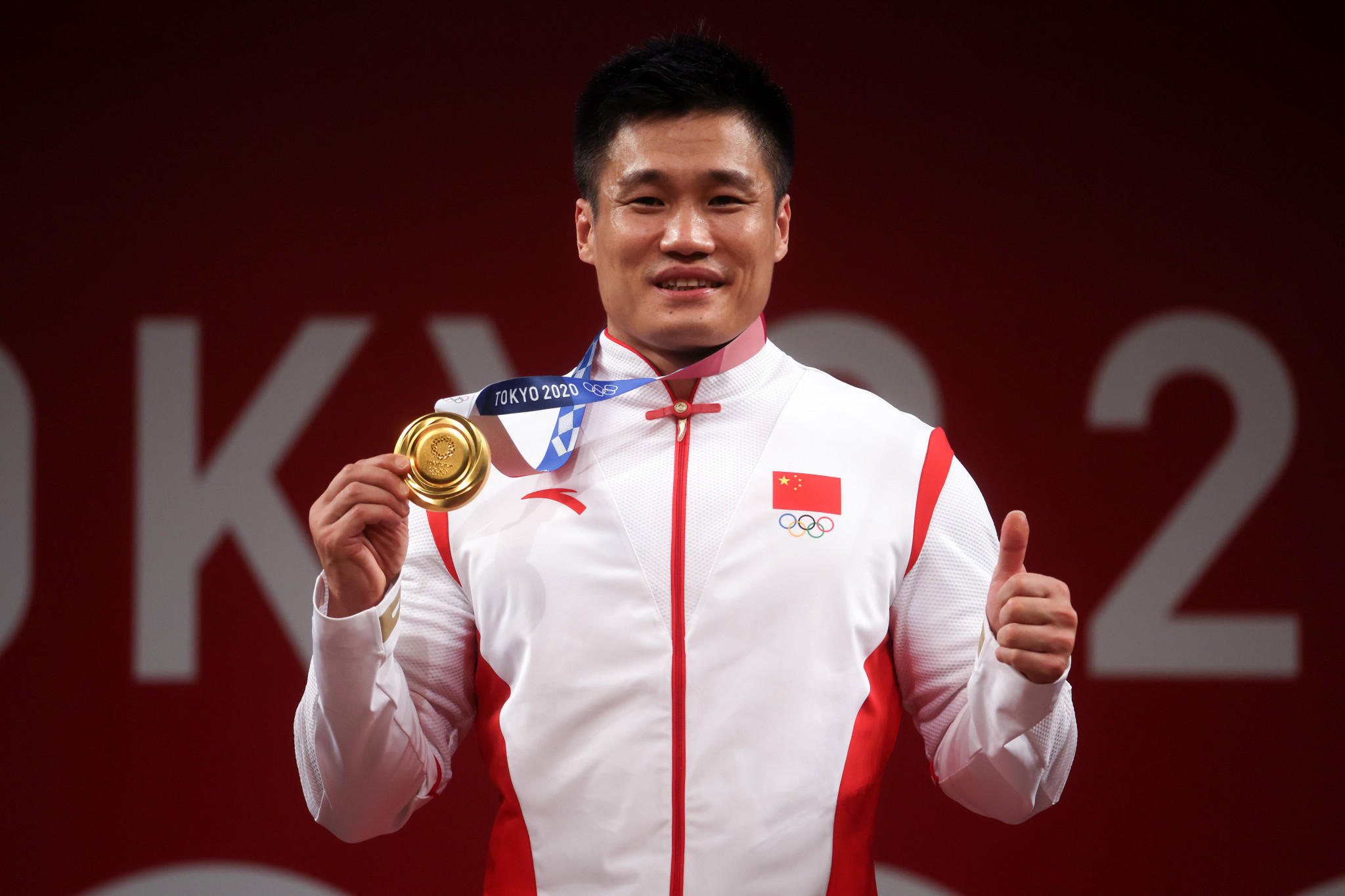 Lu Xiaojun cemented his place among the all-time greats of weightlifting in another sensational session at the Tokyo International Forum.

His victory in the 81kilograms category – a fifth gold medal for China’s weightlifters at Tokyo 2020 - put him on top of the Olympic podium for a second time at the age of 37.

That made him the oldest gold medallist in Olympic weightlifting history.

Lu held off the challenge of Italy’s Antonino Pizzolato, who failed with a world record attempt on his final lift and ended with the bronze medal, and the outstanding Zacarias Bonnat.

Bonnat became the first ever weightlifting medallist from the Dominican Republic when he made all his last four lifts, finishing with the silver.

Harrison Maurus of the United States was agonisingly close to the podium in fourth place, securing the best finish by a male American lifter in 33 years.

But he is line to be upgraded to champion in Rio too because of a doping violation by the gold medallist Nijat Rahimov from Kazakhstan, who appears likely to be disqualified.

In January this year, Rahimov was charged with alleged sample swapping for a period of time in 2016 by the International Testing Agency (ITA), which carried out an investigation into historical doping violations.

If the charge sticks, Rahimov, who served a suspension when he competed for Azerbaijan, will be disqualified from Rio by the International Olympic Committee (IOC).

The key moment for Lu was at the end of the snatch.

When he went out for his final attempt, eight men were separated by only 5kg – the tightest contest so far in an outstanding programme of weightlifting in Tokyo.

But he succeeded with a lift of 170kg to create a cushion that put him beyond many of his rivals.

There were two bombouts in the clean and jerk, by Arley Mendez of Chile and a disgruntled Rejepbay Rejepov of Turkmenistan, who failed with a challenge after the jury reversed the referees’ decision on his final attempt.

Ritvars Suharevs of Latvia and Brayan Rodallegas of Colombia were in contention but both missed their final lifts to finish sixth and fifth respectively.

Further back, Nico Mueller was seventh on 354kg, achieving Germany’s target of a top-eight finish in Tokyo.

Maurus made his first five attempts and narrowly missed on 205kg with his last lift.

Bonnat looked impressive throughout despite missing his second snatch and finished 163-204-367 to Pizzolato’s 165-200-365, which the Italian achieved with only two good lifts.

Pizzolato's bronze was a third medal of the week for Italy, a total that no other European nation can better and a remarkable achievement by a nation that had not won any medals since 1984.

Should Lu be promoted to a third gold after the deliberations of the ITA and IOC, which could take months, he will become the first Asian weightlifter to win three straight Olympic golds - and by six years the oldest of the select group to have done it.