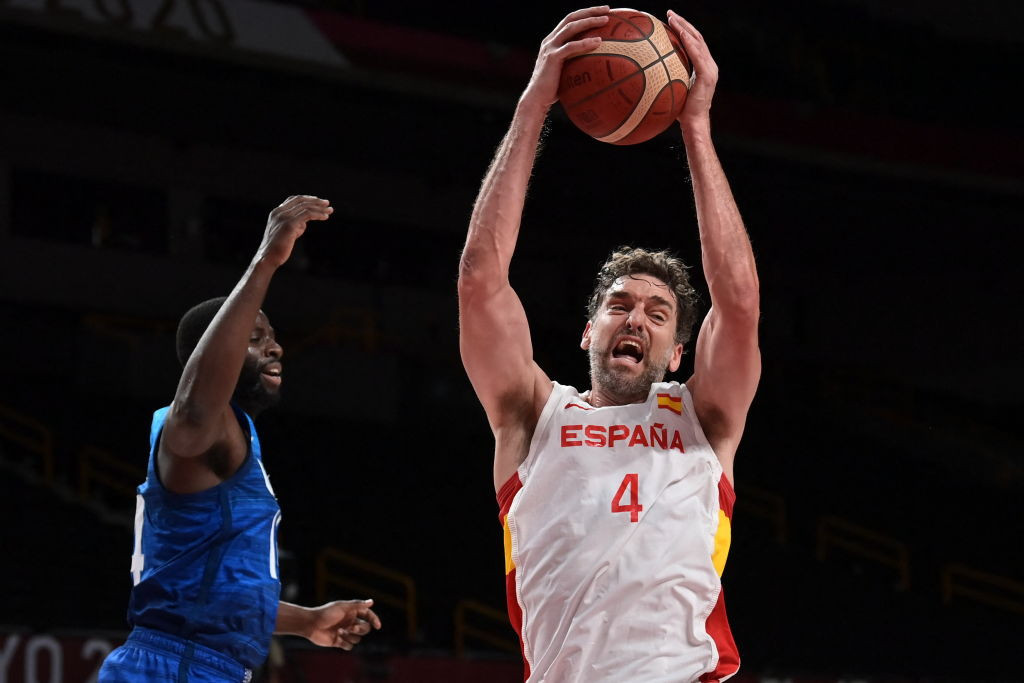 The four, who will become full members of the IOC, received the most votes in an election held during the Olympic Games here.

Barteková, a Slovakian shooter, failed with her bid for re-election to the Commission and her IOC membership will conclude at the end of Tokyo 2020.

Sweden's Stefan Holm is also departing the Commission and one of the candidates could still be chosen to serve on the body by IOC President Thomas Bach and Coventry.

A vote is now due to be held to elect the chair and vice-chair on Friday (August 6).

The athlete who succeeds Coventry as chairperson will also take her place on the IOC's ruling Executive Board.

Gasol, Pellegrini, Ota and Włoszczowska are due to serve seven-year terms through to the Closing Ceremony of the 2028 Olympics in Los Angeles.

The Spaniard, a two-time National Basketball Association champion and one of the sport's most recognisable players, polled the most number of votes with 1,888.

Olympic rowing gold medallist Anastasiya Kozhenkova of Ukraine just missed out as she was fifth on 1,565 votes, ahead of British triathlon star Alistair Brownlee with 1,522.

Barteková, a member of the IOC Athletes' Commission since 2013, finished sixth with 1,278 votes.

The four new Athletes' Commission elections are due to be sworn in during the last day of the IOC Session here on Sunday (August 8).

The IOC revealed that 6,825 athletes voted in the election, where a total of 11 voting stations were set up at the Olympic Village and satellite villages for sports not being held in Tokyo, including race walks, sailing and track cycling.

Canadian race walker Evan Dunfee had criticised the election process as those athletes forced into isolation were unable to vote.

Kaveh Mehrabi, director of the athletes department at the IOC, claimed remote voting had not been considered as "for ensuring the integrity of the process it was deemed the voting only take place at the voting stations that we can provide the maximum level of integrity".

A total of 30 candidates stood for the four available positions on the Commission.

"We had an impressive list of candidates, and I want to thank all the candidates for putting up their hands to represent athletes from around the world," said Coventry.

"The work and responsibility of the Commission is as important as ever to represent and support athletes in all stages of their lives.

"Remember you now represent all athletes from around the world, so do your best to better understand all viewpoints, listen, act and support them to the best of your ability."