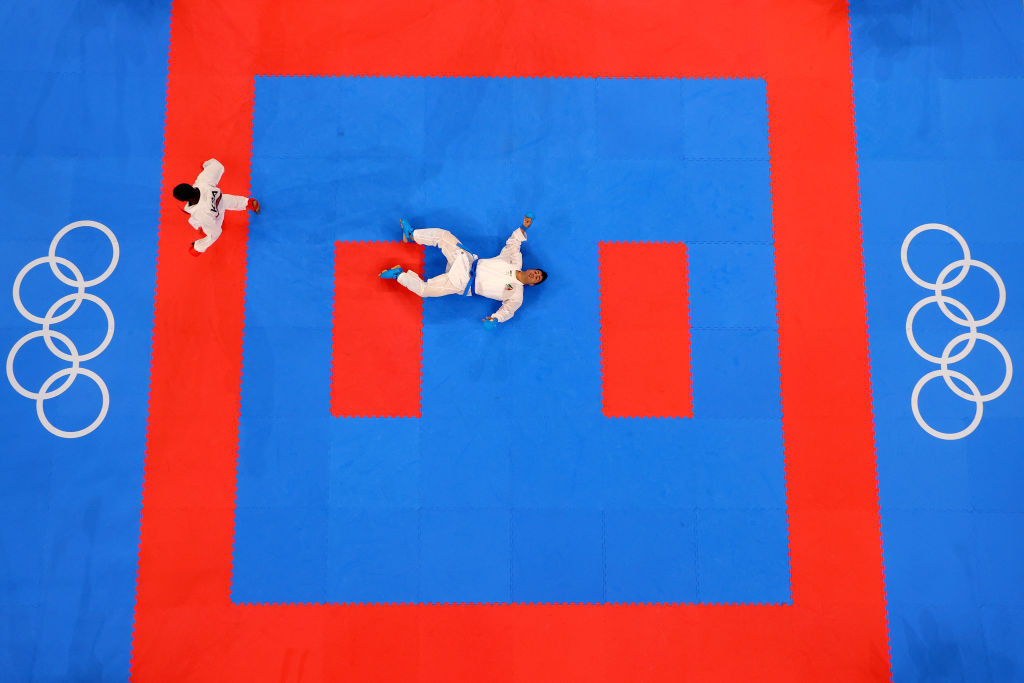 Karate’s Olympic debut at Tokyo 2020 came to a controversial conclusion here tonight after Saudi Arabian Tareg Hamedi was disqualified for knocking out Sajad Ganjzadeh with a high kick, handing a motionless Iranian the over-75 kilograms gold medal.

Hamedi appeared to be on the brink of becoming the first Saudi Arabian to win Olympic gold as he led 4-1 before he sent Ganjzadeh crashing to the canvas.

The 23-year-old began to celebrate but the mood quickly turned as medics attended to former world over-84kg champion Ganjzadeh, giving him an oxygen mask before taking him out of the arena on a stretcher.

Hamedi waited on the mat as the referees and officials held discussions before they eventually awarded the bout - and the Olympic gold medal - to Ganjzadeh, leaving the two-times Asian champion distraught.

Saudi Arabian officials were in uproar at the verdict of disqualification by "Hansoku", as they felt Ganjzadeh had inadvertently ducked his head into the kick.

World Karate Federation rules state it is used "when the contestant's potential for winning has been reduced virtually to zero (in the opinion of the judges) by the opponent's foul".

Ganjzadeh was able to return for the medal ceremony but appeared almost reluctant as he was given the gold medal.

"I know that I was behind, and I was trying to catch up, and just by the end of it I remember that just after the hit, I was on the stretcher," he said.

"When I woke up, when I was getting treated, I remember my coach telling me, ‘you won’.

"That's all I remember.

"Overall my health is fine.

"I'm glad to win this medal, but I'm also sorry for my opponent for what happened."

The bronze medals in the division went to Turkey's reigning under-84kg champion Ugur Aktas and Japan's Ryutaro Araga, who was unable to cap off a superb Games for his country with karate gold.

World over-84kg champion Jonathan Horne had been one of the favourites for the Olympic title but was forced to withdraw after suffering an injury in his preliminary round bout with Georgia's Gogita Arkania.

Abdelaziz picked her moments, racking up two yuko scores to earn a surprise win against the world 68kg champion and clinch Egypt's first title of Tokyo 2020.

"The fact I am an Arab woman, definitely I faced difficulties doing martial arts but it has not had an impact on my perseverance, I love karate," she said.

"I won a gold medal - which is amazing for an Arab woman and I was the first Egyptian woman to get an Olympic gold medal."

The final bout of the evening will be the last karate event to be held at the Games for at least seven years as the sport has not been included on the programme for Paris 2024.