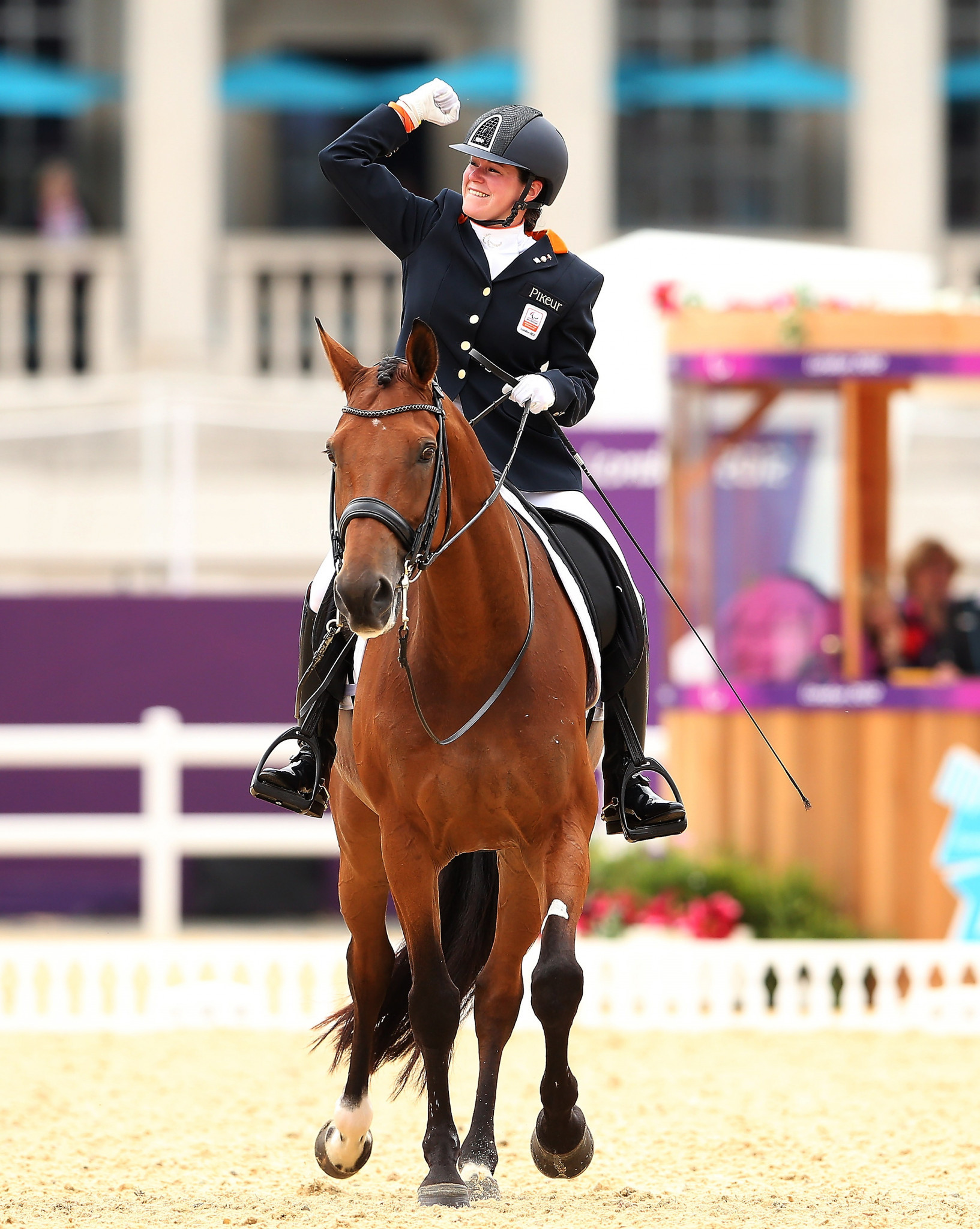 Dutch rider Sanne Voets is aiming for a hat-trick of equestrian gold medals as she sets her sights on team, individual and freestyle glory at the Tokyo 2020 Paralympics here.

Voets holds the three titles at world and European level and will now be going for an elusive triple-triple of gold medals.

The 34-year-old, who captured gold in individual freestyle at Rio 2016, admitted she had taken a risky move with her track selection.

"I’m not sure if it is suitable," said Voets.

"Because it's really, really different to every other dressage music you hear.

"Most dressage music has a good beat that you find and match with the rhythm of the horse.

"It has a very light piano and some electric sounds, and the singer has a very unique voice."

Voets is among 77 athletes competing in the equestrian competition which is scheduled to run from tomorrow to August 30.

There will be representatives from 26 countries including Britain who are the team title holders since the competition started at Atlanta 1996.

They will face their toughest challenge yet from the Netherlands and the United States, who will be led by Roxanne Trunnel.

Team Tokyo are on a roll! ?

The Japanese Equestrian Team looking oh so good in the setting @Tokyo2020 sun. ??

There are five grades that make up the Para dressage competition, with Grade I athletes having the most impairment, and Grade V the least.

Grade I athletes compete at walk only, Grade II at trot, and Grade III and above can canter, according to the International Equestrian Federation.

Singapore’s most decorated Paralympian, Laurentia Tan, will want to add to her medal collection.

Lee Pearson of Britain and Pepo Puch of Austria went head-to-head for medals at Rio 2016 and constantly tussle for the top spot whenever they compete together.

Puch is the world number one in Grade II, with Pearson third.

It is going to be a tight tussle at the top in Grade III, which includes Rio 2016 individual, freestyle and team gold medallist Natasha Baker of Britain, as well as Rixt van der Horst of The Netherlands.

Joining them will be Denmark’s Tobias Thorning Joergensen, who is ranked world number one in the Grade III Para dressage world individual ranking.

There will also be challenges from world number two Rebecca Hart of the United States as well as Emma Booth of Australia, and van der Horst’s team mate and Paralympic debutant, Maud De Reu of The Netherlands.

Grade IV could prove to be the hottest ticket at the Para dressage competition, as Voets bids to add Paralympic gold to her European and world titles.

In Grade V, Michèle George of Belgium will be looking to add to the freestyle and individual gold medals from London 2012 and freestyle gold from Rio 2016.

George was one of her country’s flagbearers at the Tokyo 2020 Paralympic Games’ Opening Ceremony alongside goalball player Bruno Vanhove.