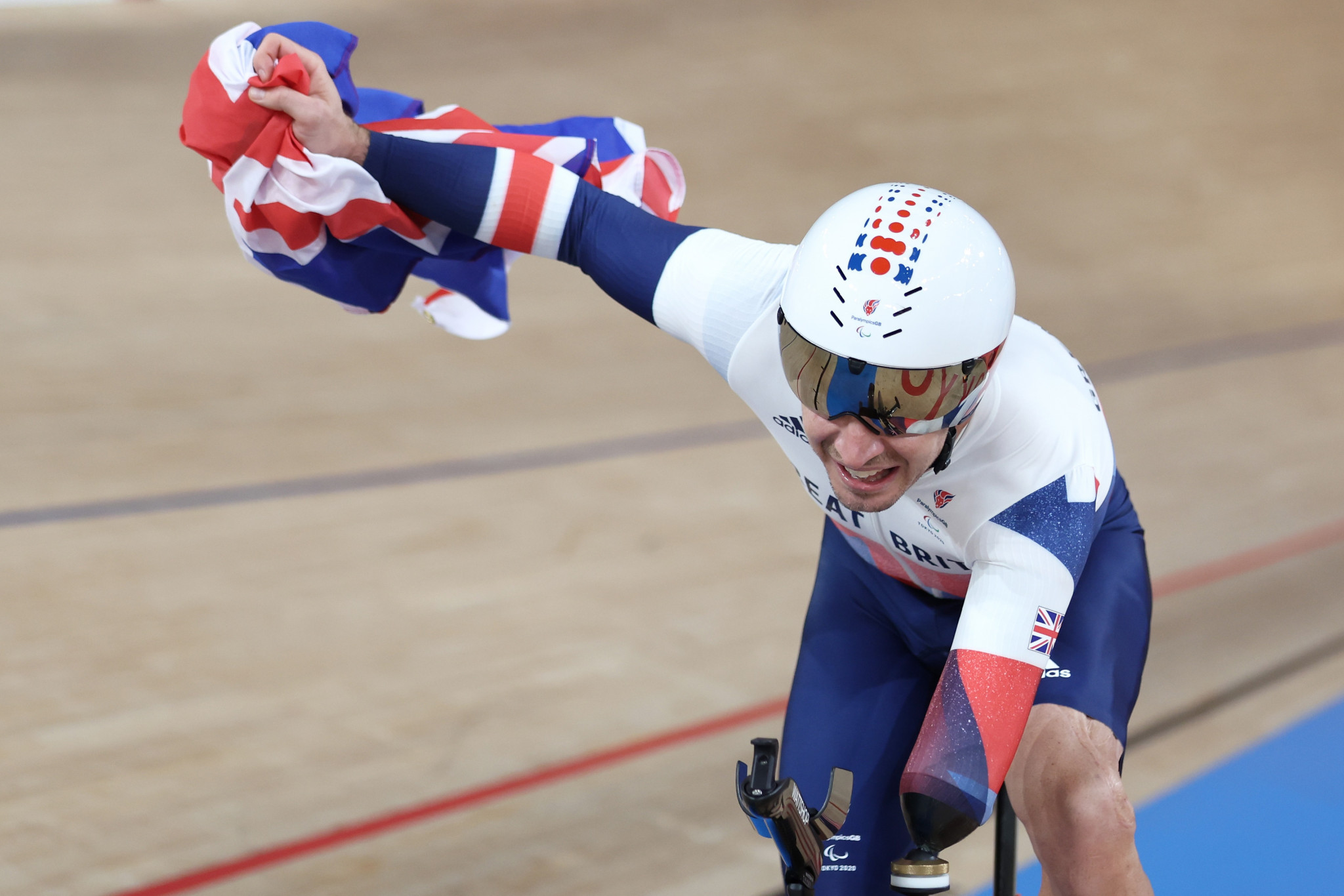 Britain’s Jaco van Gass marked his Paralympic debut with a world record and a gold medal after winning the men’s C3 3,000 metres individual pursuit at the Tokyo 2020 Paralympics here.

But it only lasted for a few minutes as Van Gass made it to the final more than two seconds faster before winning gold.

"It's been a fantastic day," said Van Gass.

"I've worked very hard for this.

"It's nearly nine years of a lot of ups, probably more downs.

"He had been part of the team preparing for Rio 2016 but had not made the final squad.

"I left British Cycling and I had to reset a bit and I came back a few years later, and here we are in Tokyo," said the keen mountaineer after achieving a new life milestone.

"This is a summit of a different kind, but we're very happy to reach it."

Larissa Klassen showed that she is ready to take over the women's B 1000m time trial throne from Britain’s Sophie Thornhill who retired last year.

The Dutch cyclist and pilot Imke Brommer kept their cool as the last starters of the 1000m race to strike gold in a Paralympic record time of 1:05.291.

They finished ahead of three-times Paralympic champion Aileen McGlynn, piloted by Helen Scott of Britain, who came home in 1:06.743.

The bronze medal went to Belgium’s Griet Hoet and Anneleen Monsieur who crossed the finish line in 1:07.943.

"It was not clean but the feeling was that we were going fast, really fast," said Klaassen, who finished runner-up behind Thornhill at Rio 2016 as well as the two past World Championships.

"Around this time last year, I wasn't training and to be here at another Paralympic Games, to set a lifetime personal best time and come away with another silver medal is phenomenal," said McGlynn.

Jozef Metelka of Slovakia clinched bronze after coming home in 1:04.786.

"I'm very happy this little margin ended up in my favour. Next time it might be his turn again," said Cabello.