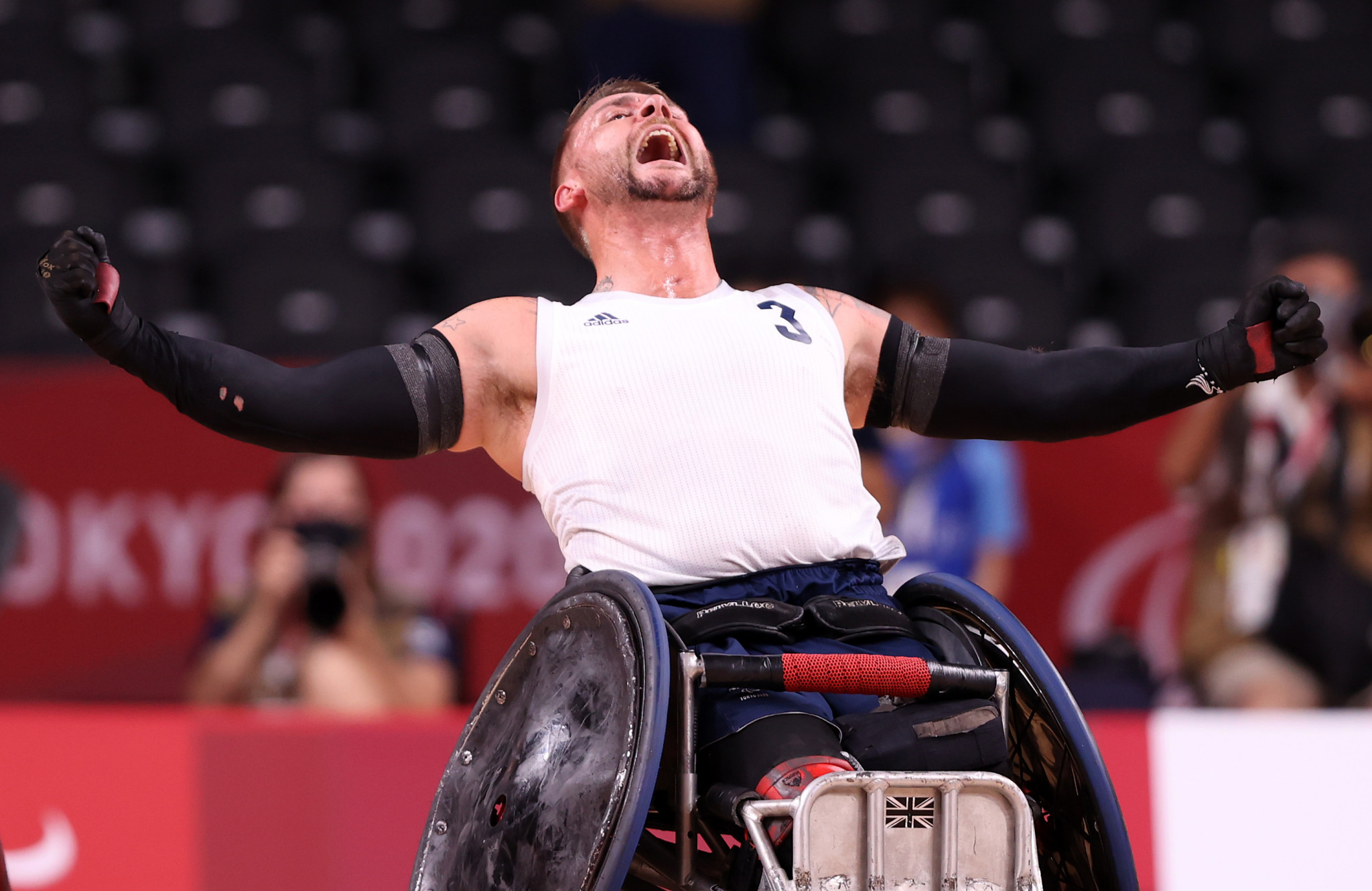 Britain claimed the nation's first-ever wheelchair rugby gold in a tense final against the United States at the Tokyo 2020 Paralympics.

Led by captain Steve Roberts, who scored 24 tries in the final, Britain beat the US 54-49 to secure a historic victory at the Yoyogi National Stadium, avenging bronze-medal match defeats at Athens 2004 and Beijing 2008.

"What an amazing shift for the guys - that was one to remember," Roberts told British broadcaster Channel 4.

"We knew there would be some amazing teams, and USA always beat us in the major tournaments so it was good to put a nail in that one."

The US had defeated Britain in the pool game 50-48, overturning a half-time deficit, but this time Britain learned their lesson.

They again took an early lead, but on this occasion maintained it throughout the contest.

The US were just one try behind entering the final quarter, led by top scorer Josh Wheeler, but they were unable to close the gap in the final period.

Wheeler scored a crucial try with three minutes and 36 seconds remaining to move the US to within one score, but 38 later, Britain had moved three tries clear after a score and a steal from Roberts and a try from Stuart Robinson, Britain's other key contributor with 14 tries, despite playing a little more than half the match.

Chuck Aoki scored 18 tries for the US in an impressive individual performance, while Aaron Phipps scored 11 tries from Britain before being withdrawn midway through the second period for Robinson.

In the bronze-medal match, hosts Japan beat Australia in a rerun of the 2018 World Championship final, which the former won by one point.

Australia, the defending Olympic champions, fell behind early on and were never able to recover.

Japan took a nine-try lead into the final quarter and managed the game smartly in the closing stages, making a slew of substitutions to protect their lead.