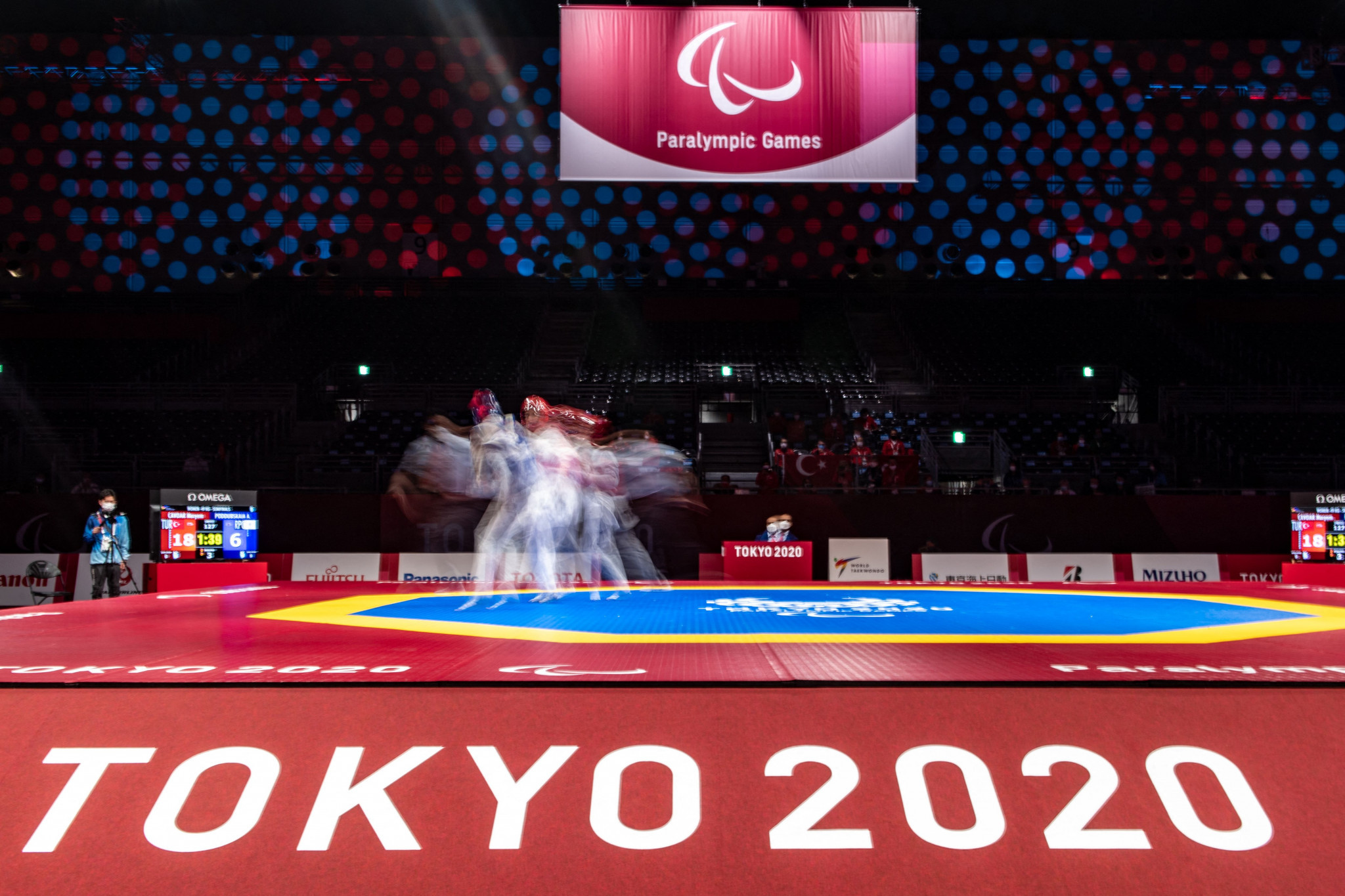 Gjessing ensured there was no fairy tale ending for Britain's seventh seed Beth Munro, storming to a 32-14 victory.

The Danish flagbearer added the Paralympic title to her four world and three European crowns.

After a slow start in the third round, Gjessing hit Munro four times in quick succession to ensure she finished ahead of the Briton in all three rounds.

A large Danish delegation was in attendance for the match and gave a large roar for Gjessing any time she scored a point.

This is the first Paralympic Games that taekwondo has been on the programme for.

After a tentative start between the two, the Brazilian took the bout by the scruff of the neck in the second and third rounds to win the medal.

China's Li Yujie put a halt to what could have been one of the stories of the Games - beating Palesha Goverdhan 12-9 for the other bronze.

Juan Diego Garcia Lopez sprawled the Mexican flag out on the mat and received a warm embrace from his team after defeating Iran's Mahdi Pourrahnamaahmadgourabi 26-20 in the men's K44 under-75kg final.

The Mexican athlete took control in the second round, outscoring his opponent by eight.

Pourrahnamaahmadgourabi had the better third round, eating into the Mexican's lead - but only two points.

Argentina's Juan Samorano pulled off an incredible third-round comeback to come from five points down to score six unanswered in the second bronze-medal match, winning 13-12 against Nurlan Dombayev of Kazakhstan.

Dombayev looked strong after the second round, but Samorano found a way to come back in the end.

Joo Jeong-hun of South Korea won the other bronze, outscoring the Russian Paralympic Committee's (PRC) Magomedzagir Isaldibirov in all three rounds, with the score finishing 24-14.

Two more weight categories will be contested tomorrow, and so far the sport's eight finalists have all come from different countries.