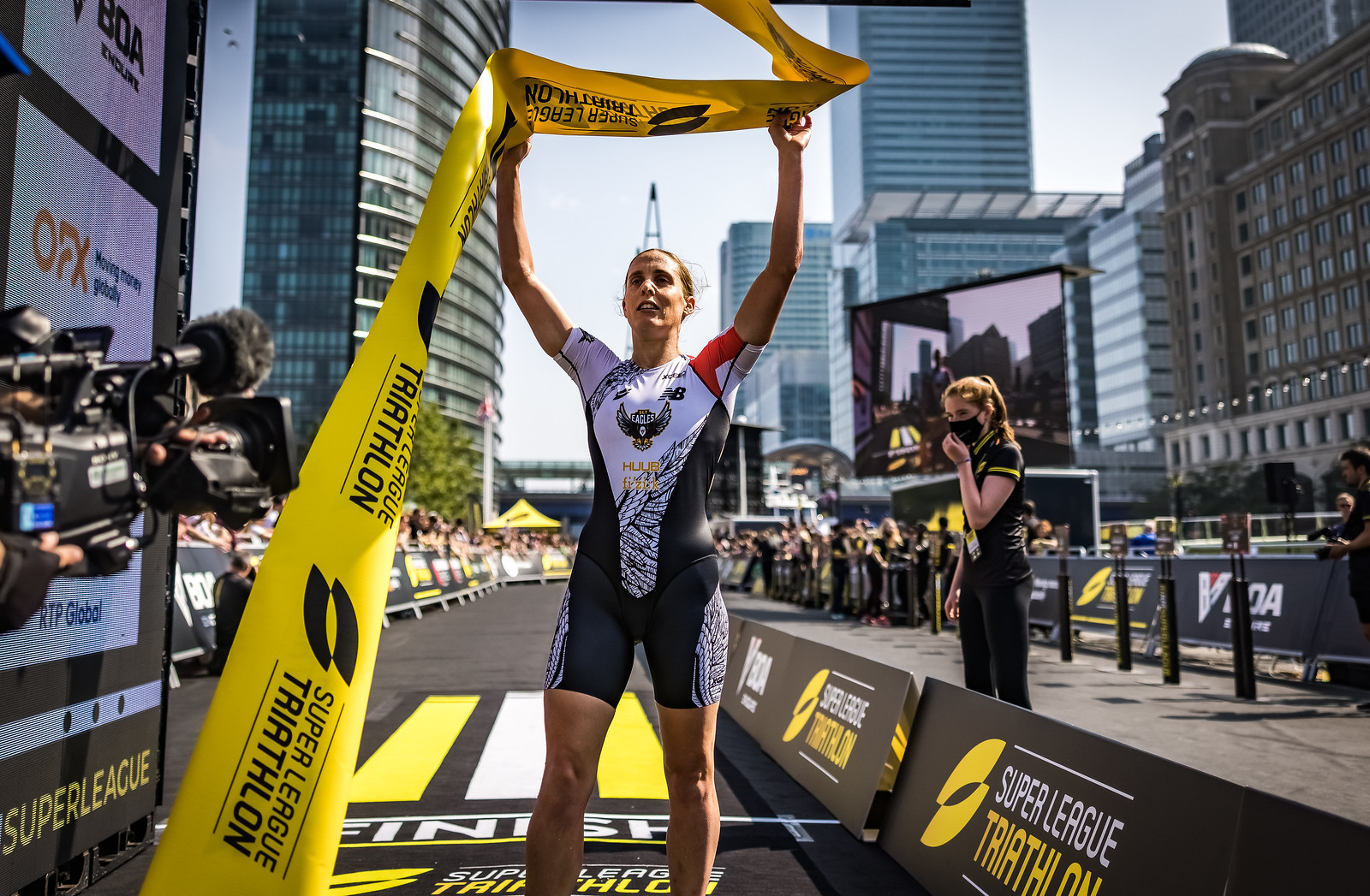 Jess Learmonth led home Georgia Taylor-Brown and Vicky Holland to complete an all-British podium in the opening Super League Triathlon Championship of the season in London.

The mixed team relay gold medallist from Tokyo 2020 produced a dominant display in stage three of the three-triathlon race.

The Super League mixed triathlon sees three triathlons ran back to back, with the final triathlon featuring a staggered start based on each athletes' total time from the previous races.

Taylor-Brown won stage one, powering clear in the run, before Learmonth won stage two thanks to her dominant swim, beating defending champion Katie Zaferes of the United States.

With Holland highly placed in both races, it meant the British trio led from the start in stage three.

Learmonth again took advantage of her superior swimming to move clear in the middle leg and sauntered round the final 1.6-kilometre run to claim the title.

Holland entered the run in second but was overhauled by Taylor-Brown in the closing stages, with Zaferes recovering for fourth.

After Wilde won stage one and Luis won stage two, with Brownlee finishing in the top three on both occasions, the Frenchman held a one-second lead over Brownlee, with Wilde a further eight seconds behind.

Wilde produced a surging ride on the bike to pull level with Luis and Brownlee, before hanging on during the swim.

In the closing run, Wilde still had his short chute to use, meaning he could take a slight shortcut on the course.

On the second lap, he made the cut through, jumping clear of Luis who sprinted into second ahead of Brownlee.

The Super League Triathlon Championship Series is due to continue on Sunday (September 12) in Munich.