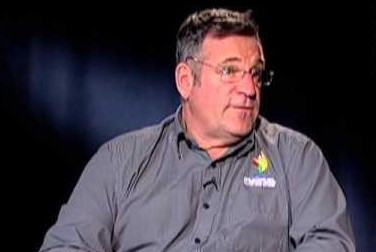 Peter Stewart has been appointed as the new chief executive of the 2023 Pacific Games in the Solomon Islands, the second time he will have performed the role.

The Australian-born official also held the same position for the 2015 Pacific Games in Port Moresby.

Stewart replaces Akao Waita, appointed last October as the first woman to lead a Pacific Games Organising Committee, but who has subsequently decided to step down.

Stewart has worked on international events for more than 20 years, including the 2000 Olympic Games in Sydney and the 2006 and 2010 Commonwealth Games in Melbourne and New Delhi, respectively.

For the 2015 Pacific Games in Port Moresby, Stewart was responsible for 8,000 staff, volunteers and contractors.

He helped deliver the largest broadcast in Games history with over 20 global rights holders, the biggest sponsorship programme ever with AUD$35 million (£19 million/$26 million/€22 million) raised and which saw a record 500,000 tickets sold.

The Games were praised as "exceeding all expectations and setting new benchmarks".

"Most importantly for his role in helping us deliver a successful and memorable Games in 2023, Mr Stewart has over 30 years of experience working on major events around the world including in Pacific Games, Commonwealth Games and Olympic Games," Sogavare told Radio New Zealand.

Stewart's most recent role has been leading the tourism and events team at Latrobe City Council in Melbourne helping them with a COVID-19 response programme.

The 2023 Pacific Games are due to be held in the capital Honiara between November 19 and December 2 having been delayed by four months due to the coronavirus pandemic.

The Organising Committee currently employs only five senior officials but by the time the Games take place that is expected to grow to more than 300 staff and 2,500 volunteers.