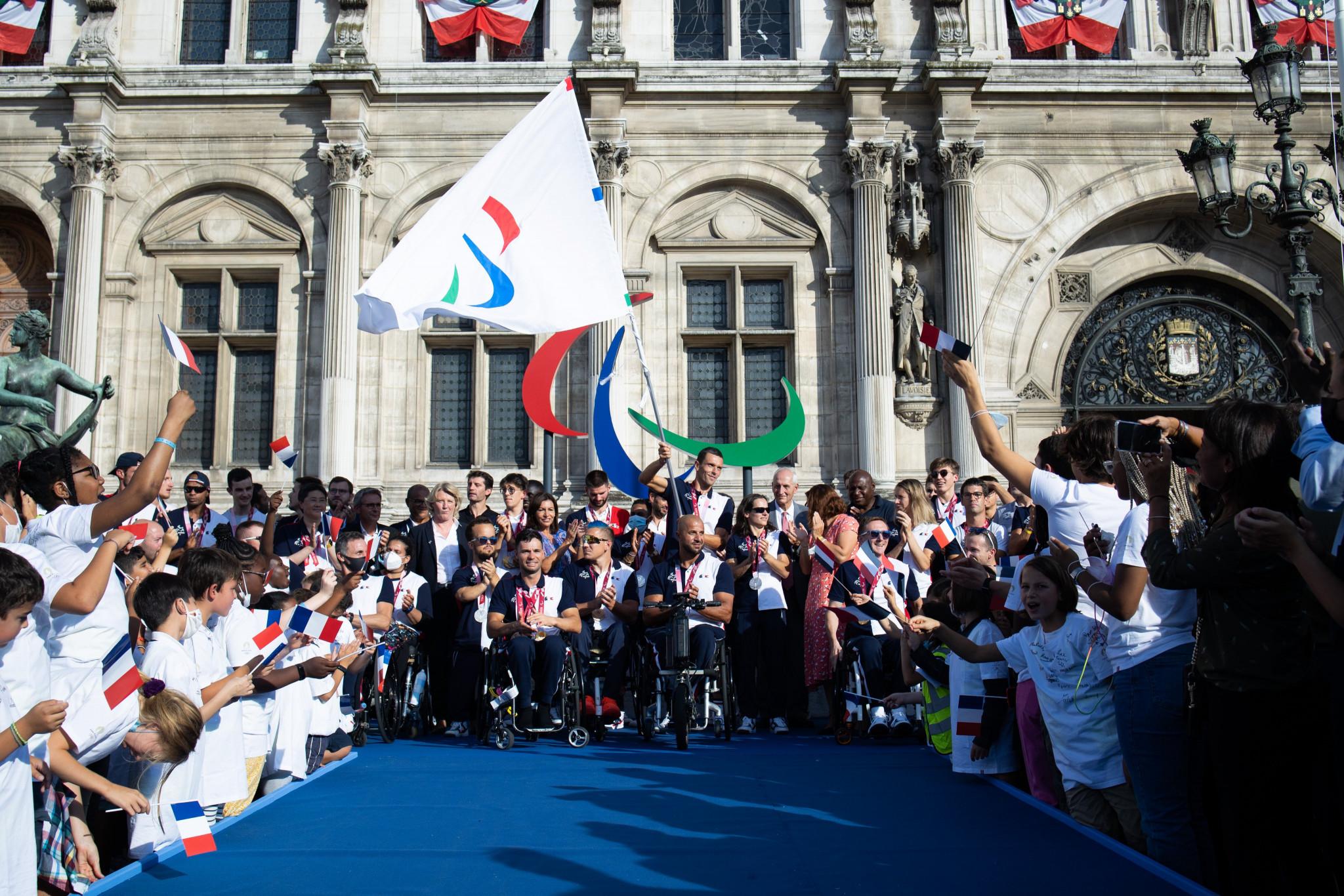 The Flag Tour of the Paris 2024 Olympic and Paralympic Games is set to begin tomorrow, with both Flags planning to visit 20 Departments across the country over the next month.

The Flags, which have been handed over by Tokyo 2020 to France, will now tour the country, which is hosting the Olympics 100 years after it first did in 1924.

The Tour covers more than 10,000 kilometres and will visit more than 30 towns, with both flags on show for the public to see.

The Tour includes a meeting between "Generation 2024" schoolchildren and top-level athletes in Fougères in the Ille-et-Vilaine region on the French national school sports day.

It will also visit the inauguration of the new sports complex in Rueil-Malmaison in the Hauts-de-Seine region, where the city's Olympians will also be present.

Following their journey around France, the flags will be hoisted on the square beside the Hôtel de Ville in Paris.

The Olympic flag has been in France since the Closing Ceremony of the Olympics on August 8.

Paris Mayor Anne Hidalgo unveiled the flag in Paris, stating on social media: "I was very moved to see the Olympic flag flying in front of the City Hall."

The Paralympic flag has also now arrived in France after Hidalgo was passed it by International Paralympic Committee President Andrew Parsons at the Closing Ceremony in Tokyo on Sunday (September 5).

The pair will embark on their tour of the country.

The Paris 2024 Olympics are scheduled to take place from July 26 to August 11.

The Paralympics are due to take place from August 28 to September 8.