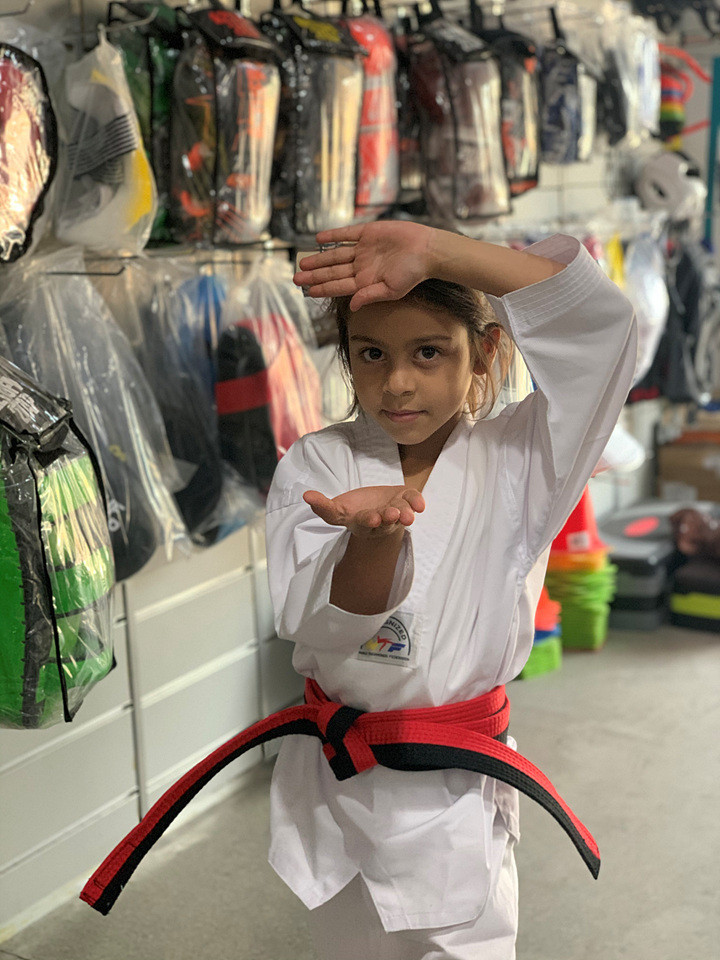 A black belt is the highest colour grade awarded in taekwondo.

Al-Ayoub is one of 16 students of the Azraq Taekwondo Academy to have been awarded a black belt.

The academy, in the Azraq Refugee Camp in Jordan, is mostly occupied by refugees of Syria's civil war.

The camp opened in April 2014, after the outbreak of the conflict in neighbouring Syria in 2011.

The academy is managed by the Taekwondo Humanitarian Foundation (THF), which was launched in September 2015 by World Taekwondo President Chungwon Choue.

The THF aims to empower refugees through taekwondo, sending teams of coaches to camps in order to improve individuals’ physical and mental fitness as well as instilling values of self-defence, self-belief and self-respect.

As well as in Jordan, the THF has run projects in Burundi, Djibouti, Nepal, Rwanda and Turkey.

Al-Ayoub’s black belt was awarded by the Jordan Taekwondo Federation, and World Taekwondo commented that "everyone watching was impressed by her performance and self-confidence."

She asked her father if she could go to the children’s play city in the camp as a reward for her display.