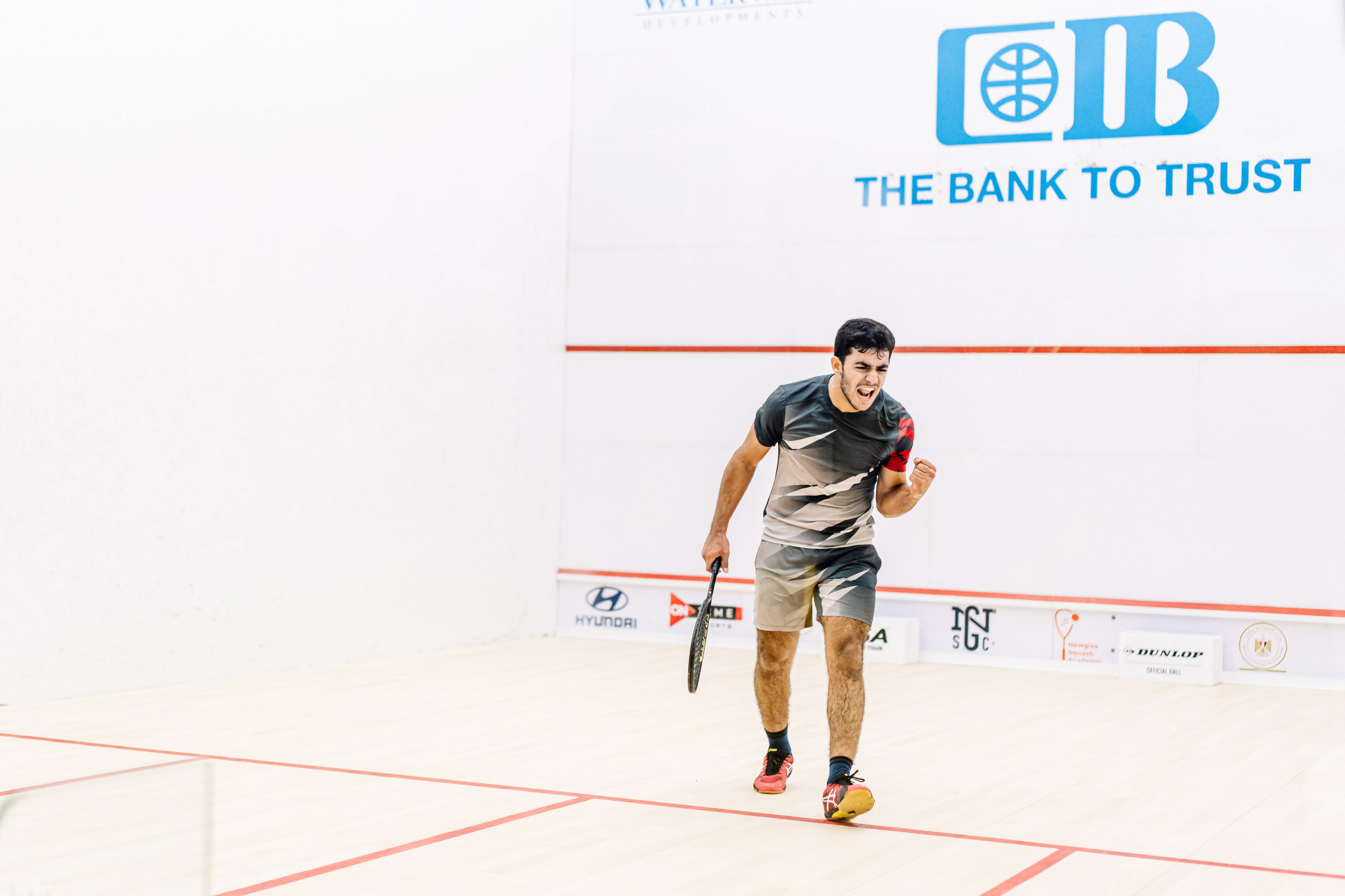 Yahya Elnawasany was the big winner on day one of the Egyptian Open in Cairo, knocking Pakistan's Tayyab Aslam out of the Professional Squash Association (PSA) Platinum tournament in the first round.

"I think my mum must be jumping up and down with joy," Elnawasany said following the match, and also revealed that he had been "about to quit squash" only a matter of weeks ago.

"It’s crazy, I just came here to prove myself."

Prove himself he did.

Compatriot Mazen Hesham, ranked 14th in the world, awaits in round two at the New Giza Sporting Club tomorrow.

Soliman, who came from two games down versus France's Auguste Dussourd, faces third seed and former world champion Tarek Momen next, in an all-Egyptian match.

Seeds join the fray in round two and top seed Mohamed ElShorbagy from Egypt will play France's Baptiste Masoti.

Merlo is into the last 32 at a PSA World Tour Platinum event for the first time.