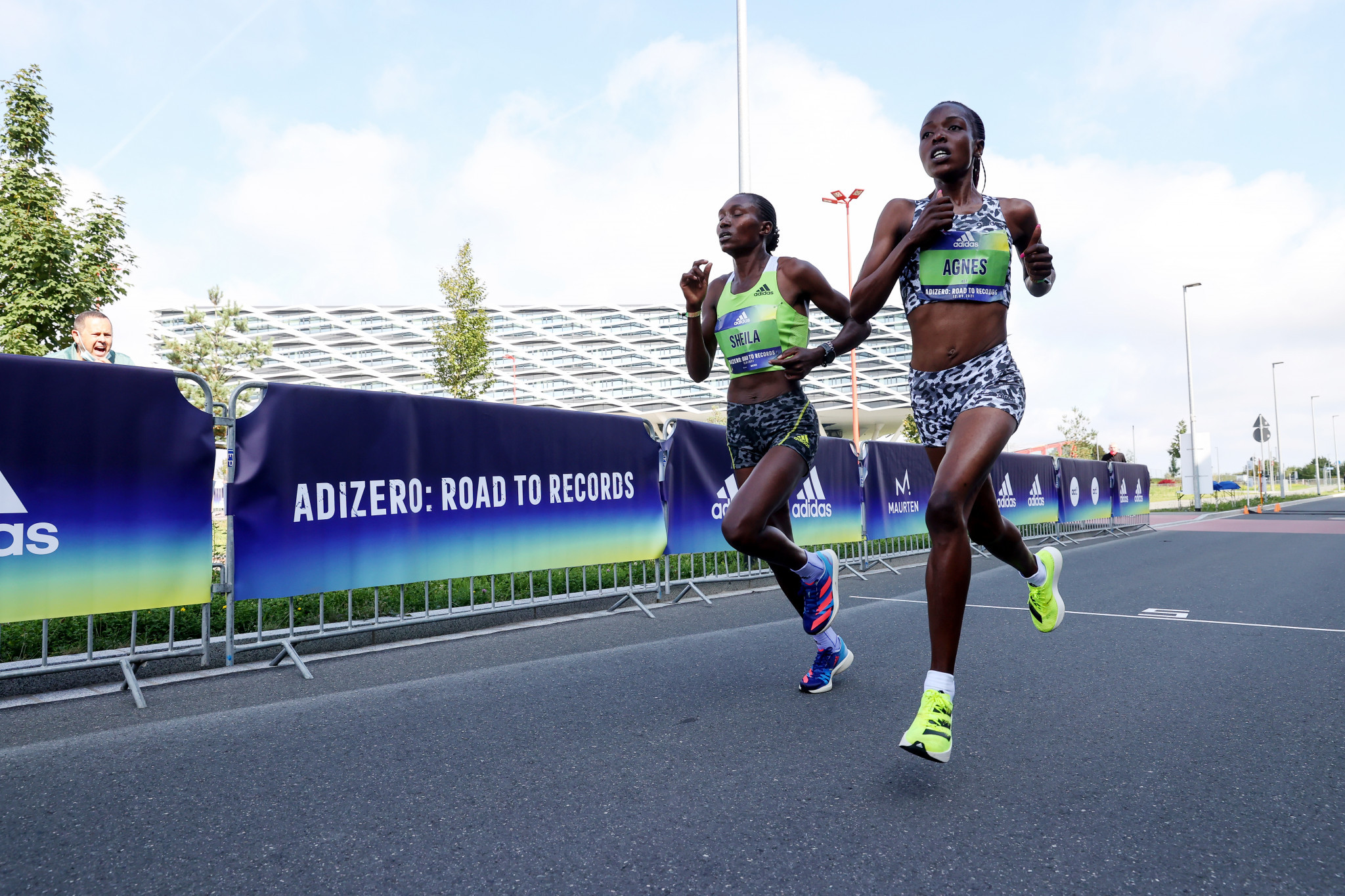 Agnes Tirop and Senbere Teferi respectively smashed women's 10 kilometres a 5km world records at the Road to Records event in Herzogenaurach in Germany.

Kenyan Tirop, the world 10,000 metres bronze medallist on the track, put in a decisive surge with little more than 2km to go on the streets surrounding Adidas' headquarters, breaking away from compatriot Sheila Chepkirui before eventually winning in 30min 1sec.

That took a stunning 27 seconds off the previous 10km world's best, set by Moroccan Asmae Leghzaoui in 2002.

"I’m so happy to have broken the world record," said Tirop.

"I felt the pace was good and Sheila assisted me a lot.

"The course was very good too."

Ethiopian Teferi, the 5,000m silver medallist at the 2015 World Champions, ran away from her opponents after the opening 1km of the 5km contest, wining in 14:29 following an incredible solo effort.

The feat came six weeks after a sixth-place finish over 5,000m on the Olympic Stadium track in Tokyo, and shaves 14 seconds off compatriot Beatrice Chepkoech's previous world record, which was also set this year.

There’s fast. Then there’s WTFaster than ever.

"After the Olympics, I knew I was ready to go after this world record.

Abel Kipchumba, also of Kenya, was a comfortable winner of the men's half marathon in 58:48, another fastest time of 2021.

Jacob Krop's 13:06 5km completed a clean sweep of the men's races for Kenya and is another world-leading time for the calendar year, but 15 seconds slower than the world record.

Brenda Jepleting raced to a lifetime best of 1 hour 6min 52sec to win the women's half marathon - meaning Kenya won five of the six races.

In athletics there are separate record books for road running and track events to account for the different conditions.

Road races are measured in kilometres, track events in metres.