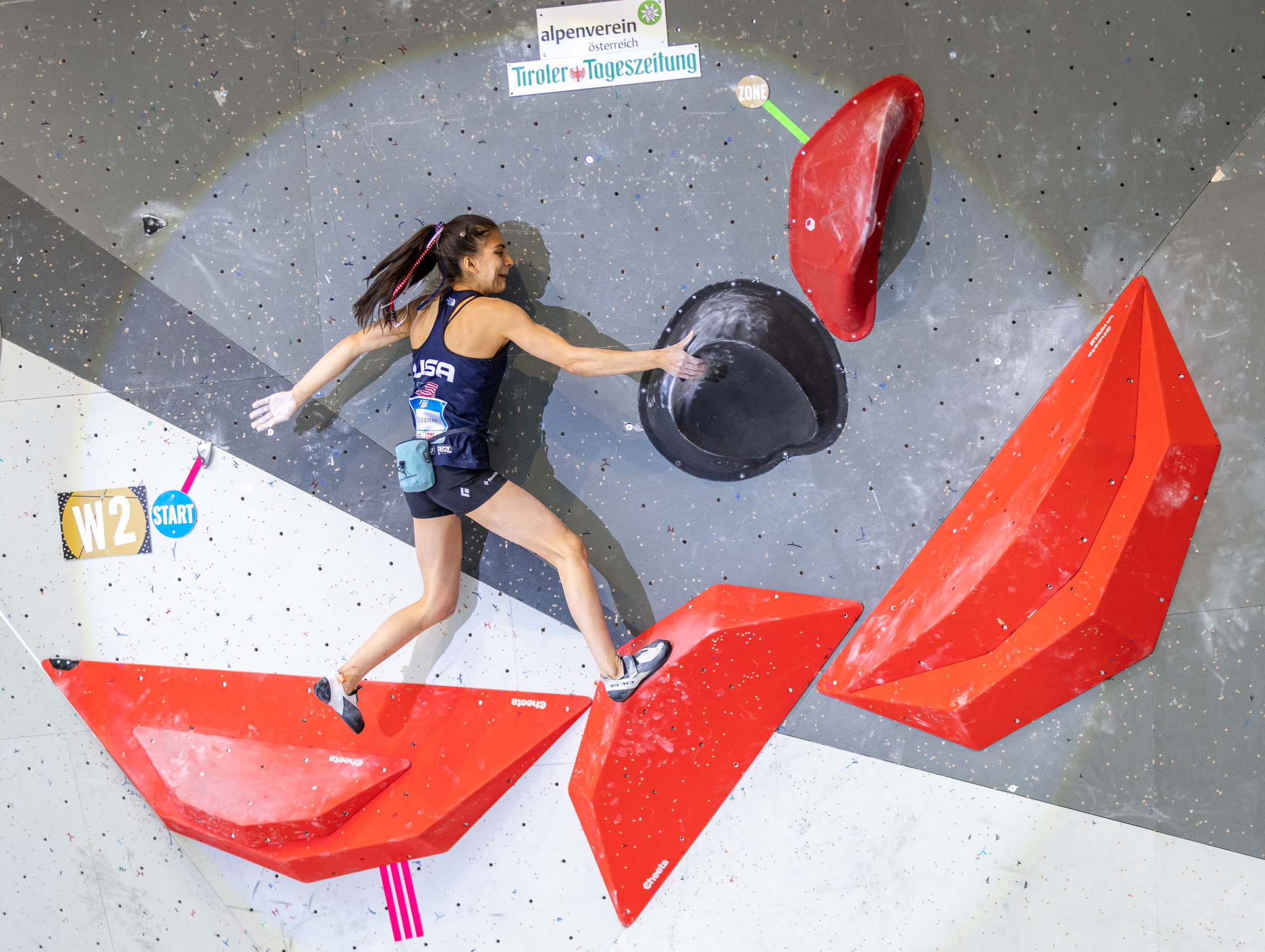 Grossman came into the event as one of the favourites and produced an impressive display to top the semi-final standings in the morning.

The American was one of six climbers to participate in the final at the Universal Sports Hall CSKA Moscow, with athletes seeking to succeed two-time champion Janja Garnbret.

Garnbret was absent from the World Championships with the Slovenian taking a break following her gold medal success at Tokyo 2020.

Grossman proved a worthy successor after topping all four problems in the final to claim a maiden world title.

The 20-year-old only required one attempt on three of the problems, with four attempts required on the other.

Italy’s Camilla Moroni finished as the runner-up after matching Grossman in achieving four tops in the final.

Moroni received the silver medal after requiring a higher number of attempts to complete the problems.

The podium was completed by Serbia’s Stasa Gejo, who matched her finishing position from the 2018 World Championships.

Gejo achieved two tops and four zones in the final to secure bronze.

Elena Krasovskaia missed out on a medal with the Climbing Federation of Russia athlete finishing fourth.

The broadcast of the final began with another apology to Austrian climber Johanna Färber, following images the IFSC said were objectifying were broadcast during the semi-final.

The men's bouldering competition will be the focus tomorrow, with semi-finals and the final scheduled to take place.