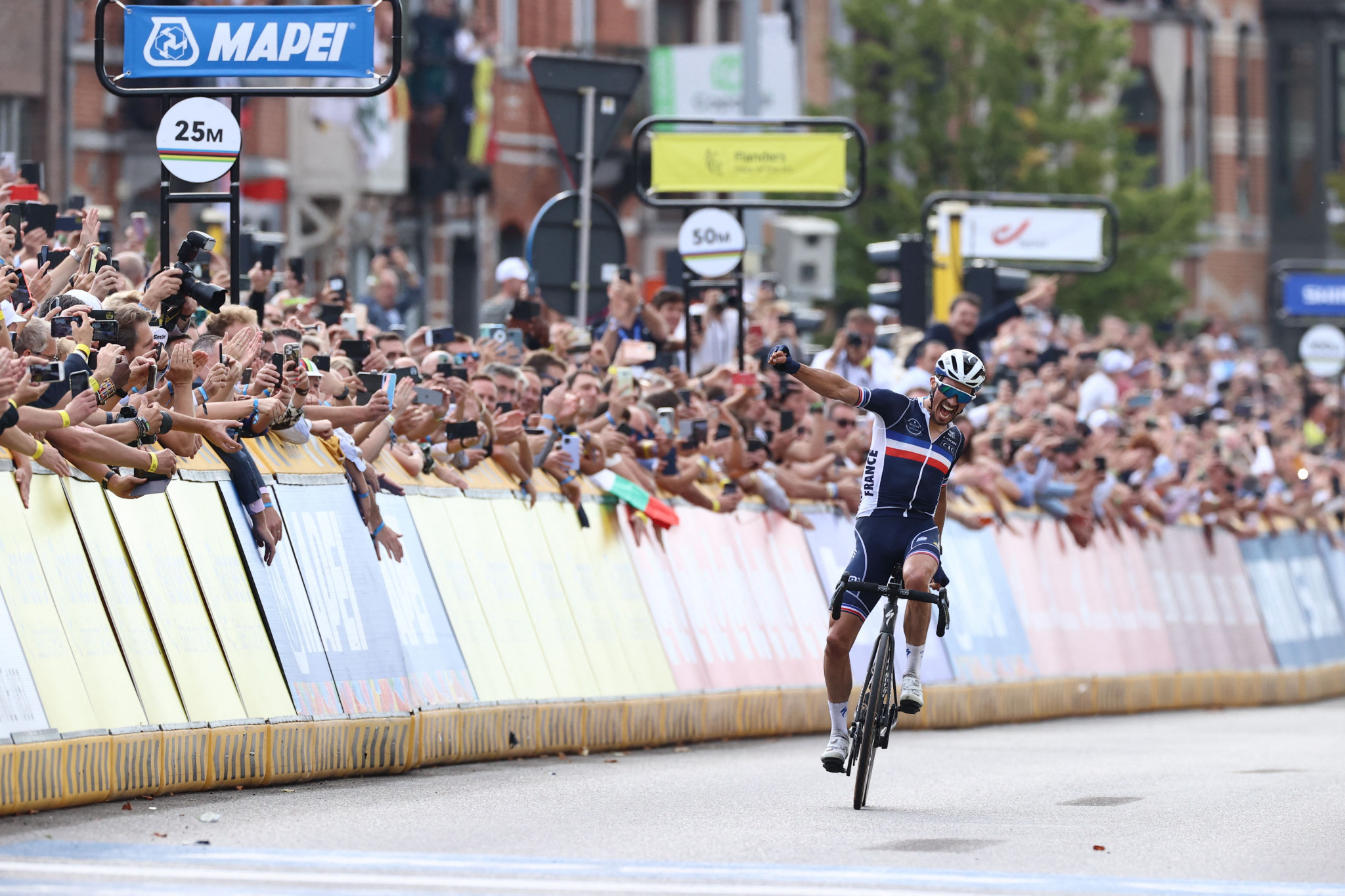 Julian Alaphilippe triumphed in the men’s elite road race for the second successive year after the Frenchman’s repeat attacks were rewarded with a solo win at the International Cycling Union (UCI) Road World Championships in Flanders.

The French team sought to create a hard race over the 268.3 kilometre course, which featured two laps of a circuit in Flanders and eight laps in Leuven.

Anthony Turgis and Benoît Cosnefroy were among the members of the French team to increase the pace earlier in the race, with further attacks following.

The race was brought back together with 130 kilometres remaining, until Belgium’s Remco Evenepoel led a strong group clear.

Alaphilippe bridged across as a leading group of 17 riders formed, with France, Belgium and Italy having the benefit of boasting three riders.

As the race entered its final 20 kilometres Alaphilippe launched the first of three attacks, with the defending champion reducing the group in size with his first two efforts.

His third attack proved enough to establish a gap over the remaining members of the lead group, who were unable to regain contact.

“I really hurt myself in the final lap,” Alaphilippe said.

“There were also many Belgian supporters who wanted Wout van Aert to come back and it pushed me.

“It was very hard; it’s a huge emotion.

“I know what it means to spend a year with the rainbow jersey.

“It wasn’t planned; I didn’t think I could make it to the end.

“I know what awaits me next year, I’m happy.”

Alaphilippe finished with a winning margin of 32 seconds over a chasing group of four riders.

The Netherlands’ Dylan van Baarle triumphed in a sprint finish to secure the silver medal.

The final podium spot was earned by Denmark’s Michael Valgren Hundahl, who was awarded bronze in a photo finish against Jasper Stuyven.

Stuyven’s fourth place finish meant hosts Belgium missed out on a medal in the final race of their home World Championships.