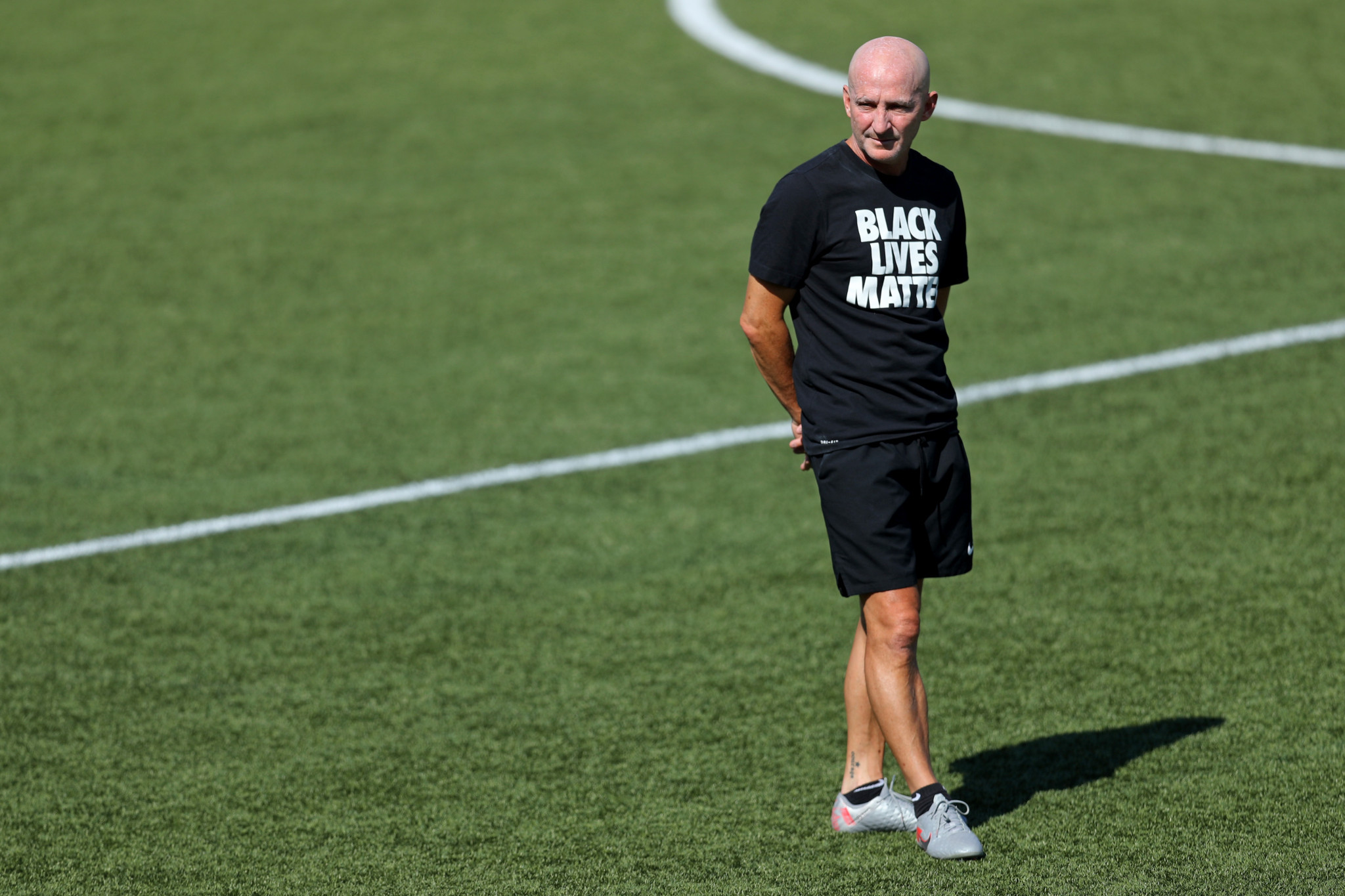 Paul Riley has been sacked as head coach of National Women's Soccer League (NWSL) team North Carolina Courage after he was accused of sexual coercion spanning multiple teams and leagues over a decade, while league commissioner Lisa Baird has resigned.

Former NWSL players Sinead Farrelly and Meleana Shim spoke out against the 58-year-old to The Athletic.

Farrelly claims that the harassment began in 2011 when she played for Philadelphia Independence of the Women's Professional Soccer League and continued when she joined the NWSL's Portland Thorns in 2014, both managed by Riley.

She says that she was "under his control" and was coerced into having sex with Riley.

In 2015, Riley was under investigation for inappropriate conduct.

Farrelly claims he "made harrassing comments about my personal relationships and sexual orientation" which he was not scrutinised for.

Riley was removed as head coach of the Portland Thorns following the investigation but was later announced as the manager of the North Carolina Courage.

Shim said: "I felt from the beginning like I owed him."

In one instance, Riley allegedly led Shim and Farrelly back to his flat after a night of drinking and asked them to kiss each other for him in exchange for the team not having to do a gruelling conditioning exercise.

Riley denied the allegations saying they were "completely untrue."

"I have never had sex with, or made sexual advances towards these players," Riley told The Athletic.

He said he sometimes socialised with players and occasionally paid for bar tabs, but added: "I do not take them out drinking."

The reports created a wave of condemnation from players across the NWSL and the league subsequently cancelled this weekend's fixtures.

NWSL Commissioner Baird, the former chief marketing officer at the United States Olympic and Paralympic Committee, resigned after details of the accusations emerged.

"This week, and much of this season, has been incredibly traumatic for our players and staff, and I take full responsibility for the role I have played," Baird said in a statement.

"I am so sorry for the pain so many are feeling.

"Recognizing that trauma, we have decided not to take the field this weekend to give everyone some space to reflect.

"Our entire league has a great deal of healing to do, and our players deserve so much better.

"We have made this decision in collaboration with our Players Association and this pause will be the first step as we collectively work to transform the culture of this league, something that is long overdue."

FIFA announced it had opened an investigation into the allegations.

"FIFA will be reaching out to the respective parties, including US Soccer and NWSL, for further information about the various safeguarding concerns and allegations of abuse that have been raised," a statement from the organisation read.

"When it comes to misconduct in football, we would like to reiterate that FIFA’s position is clear: anyone found guilty of misconduct and abuse in football shall be brought to justice, sanctioned and removed from the game.

"FIFA takes any allegation of misconduct reported to it extremely seriously and will continue to cooperate together with the relevant national and international authorities on any allegation or report that is made in confidence to FIFA about abuse or misconduct in football."

Multiple players have taken to social media to attack the NWSL.

"Burn it all down.

"Let all their heads roll."

"To everyone in a position of power who let this happen, heard it & dismissed it, signed off on this monster moving to another team w/zero repercussions, F*** YOU," she wrote in a separate post.

"You’re all monsters, & can ALL hand your resignations in immediately."

US Women's national team star Alex Morgan suggested the NWSL is at fault for institutional failure by turning a blind eye to the abuse.

"The league must accept responsibility for a process that failed to protect its own players from this abuse."

Riley is not the first NWSL coach this season to be fired for sexual misconduct and abusive behaviour.

Ex-Washington Spirit coach Richie Burke caused four players to leave the club over two years following his mistreatment of them.

He reportedly made racist jokes towards black players and called his players "dog s***" and "a waste of space."

"I was 100 per cent in a situation where I was being emotionally abused by Richie," former Spirit player Kaiya McCullough told The Washington Post.

"He created this environment where I knew I wasn’t playing as well, because I was so, so scared to mess up and be yelled at.

"It crippled my performance, and it made me super anxious."

The NWSL is currently in the process of implementing an anonymous reporting process where players and staff can text concerns to the league, which will then be investigated.

It has urged all who are associated with the league to speak out against abuse as it strives to create a safe and respectful atmosphere.