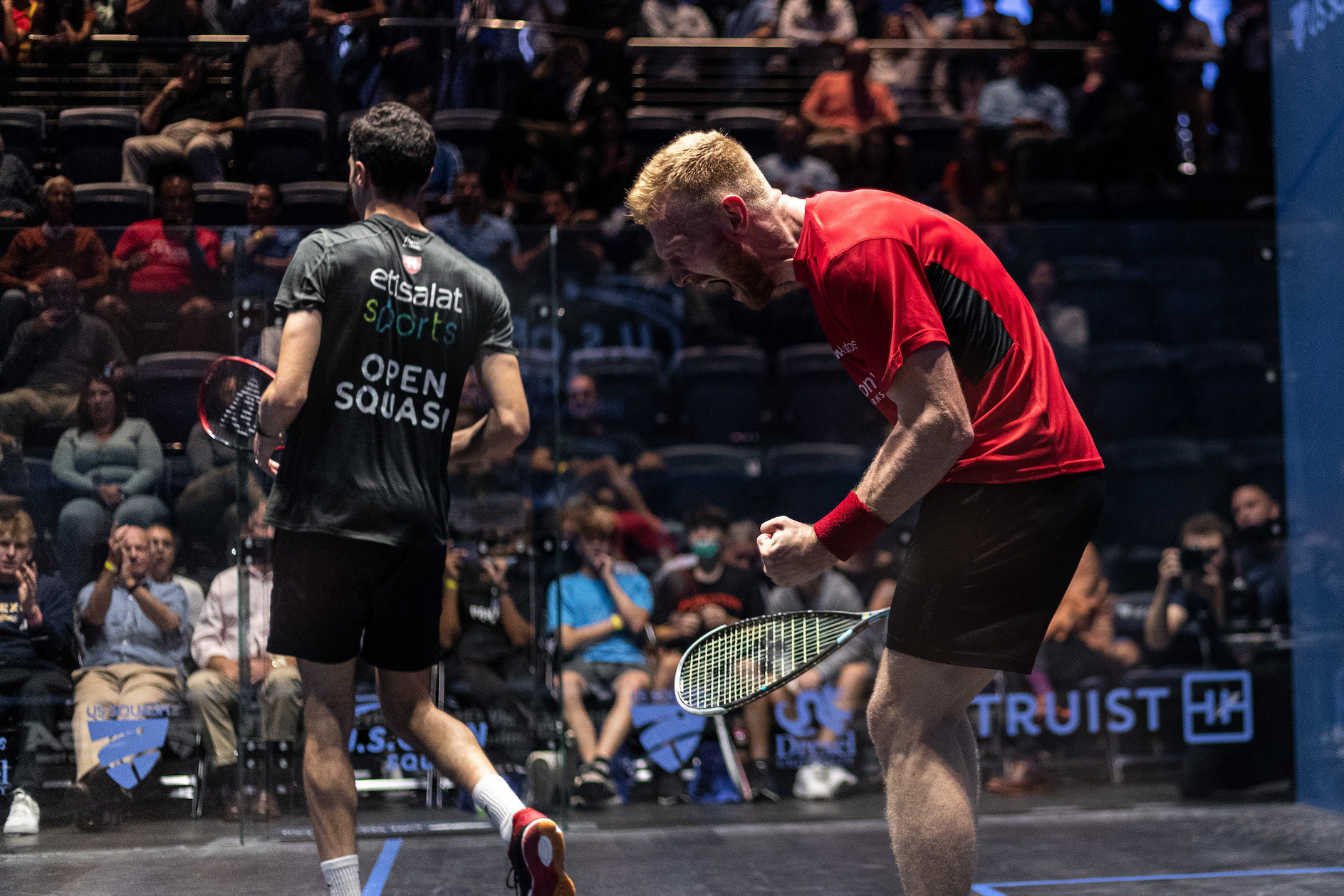 It was a day of shocks at the quarter-finals of squash's US Open as Egyptian men's top seeds Ali Farag and Mohamed ElShorbagy crashed out to Joel Makin of Wales and Peru’s Diego Elias respectively.

The world number one and defending champion Farag held a 100 per cent record against the world number nine Makin and won the last two events on the Professional Squash Association (PSA) World Tour, but the unseeded Welshman was outstanding and triumphed in straight games, 11-5 and 11-7 in the first two, followed by an epic 16-14 victory in the tiebreak in the third.

Makin reached the US Open last four for the first time and was pleased that he delivered such a strong performance at the business end of a tournament.

"I was frustrated coming into it, I’ve lost in too many quarter finals now and I’m not happy staying around there," Makin said.

"I brought a lot of intensity into the match and I took it to him.

"I don’t want the match to be us saying ‘great shot’ and clapping each other’s shots, I wanted to take it to him, get across the middle and dominate the court."

Seventh seed Elias' prospects of an upset looked slimmer when ElShorbagy comfortably took the first game 11-5, and the ‘Peruvian Puma’ was under the cosh in the second, but held firm and eventually won it 11-8.

He then clinched 11-4 and 11-1 victories in the third and fourth to book his place in the last four.

"I’m happy to win, but I think this was the worst match we’ve played together," Elias admitted.

"I could see he wasn’t moving that well and I was a bit nervous at the start, I didn’t know if I should start putting pace on the ball because he’s good at that, or try to play smart."

The men's draw was made even more wide open following the defeat of New Zealand's third seed Paul Coll.

Mostafa Asal of Egypt seems to enjoy facing Coll, with his third win in as many meetings taking 103 minutes.

Asal will face Elias for a place in the final, while the highest ranked player left is the Egyptian world number four Tarek Momen, who ended the run of 38-year-old Englishman James Willstrop, the oldest player to reach a quarter-final at a major PSA event.

It was a better day for the top three seeds in the women's draw, who all got through to the last four without losing a game.

Another Egyptian, the world number six and third seed Hania El Hammamy, will contest the semi-final against El Sherbini after seeing off New Zealand's Joelle King 11-2, 11-8, 11-7.

Home favourite Olivia Fiechter ensured the hosts will be represented in the last four and will take on Gohar after beating Belgium’s Nele Gilis in straight games.

After stunning her country's number one and Oracle Netsuite Open champion Amanda Sobhy in the last round, Fiechter won 11-5, 11-5, 11-8 to reach her first Platinum event semi-final.

"I don’t think I could be more pleased with that performance," Fiechter said afterwards.

The semi-finals will be held tomorrow before the tournament draws to a close on Wednesday (October 6).