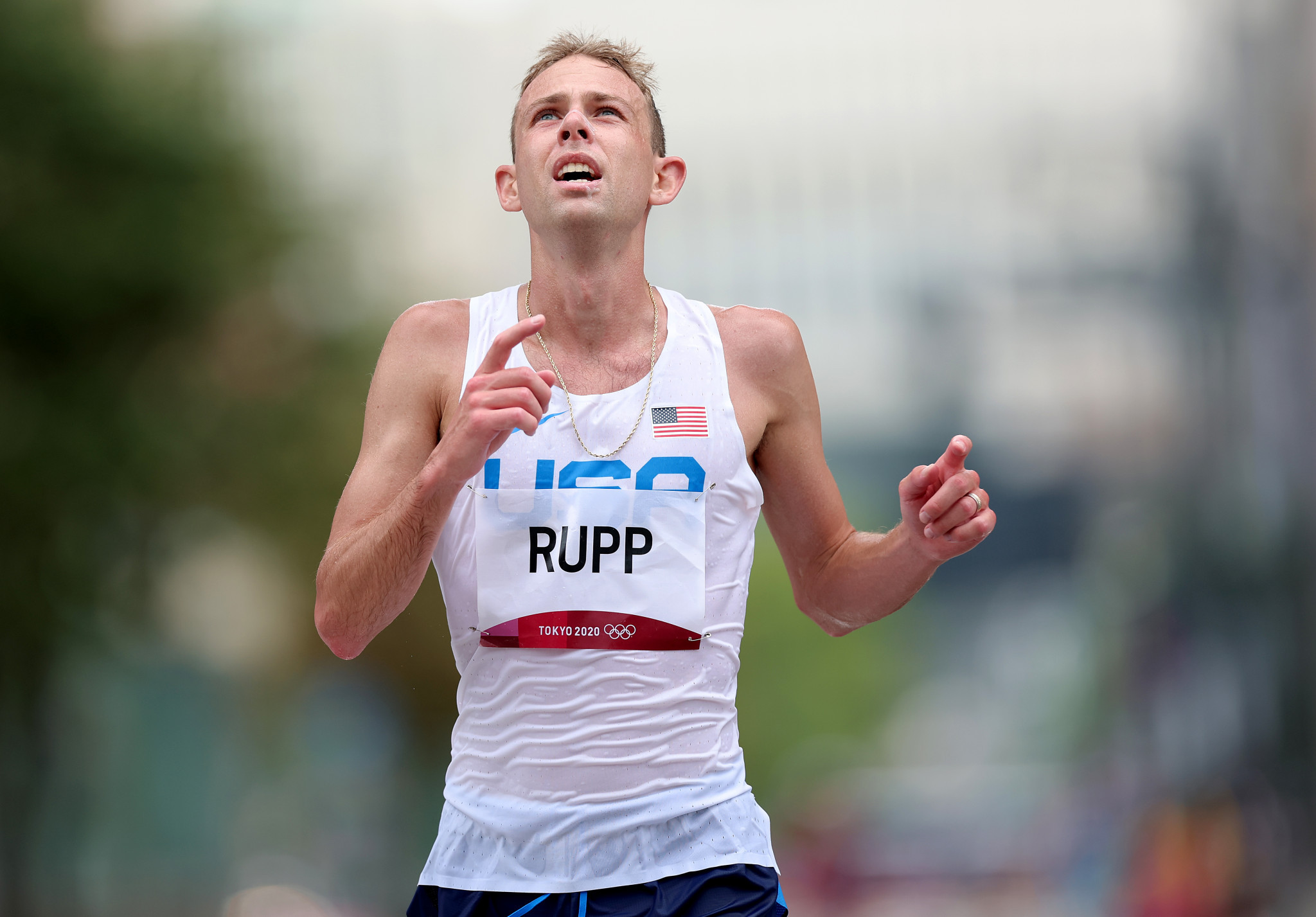 Americans Galen Rupp and Sara Hall will have home expectations on their shoulders at this year's Chicago Marathon, with both in contention of breaking the men's and women's national records.

Two-time Olympic medallist in the 10,000 metres and marathon, Rupp, who was unable to add a third medal at the Tokyo 2020 Olympics, finishing eighth in the marathon, will be one of the favourites to cross the line first in the men's race, with a personal best of 2 hours 6min 7sec, which is not far behind the American record of 2:05:38, set by Khalid Khannouchi at the 2002 London Marathon.

The quickest man in the field from 2021 is Kenyan Reuben Kipyego, who was second in the Milan Marathon in May in a new best of 2:03:55, not far in front of fourth place that day and second quickest in tomorrow's field, Ethiopia's Seifu Tura in 2:04:29.

Another in-form runner is Japan's Kengo Suzuki, who ran 2:04:56 earlier this year, while Eric Kiptanui of Kenya ran 2:05:47 in Siena in April.

Others who will threaten the podium include Ethiopians Shifera Tamru and Chalu Deso.

She is the "women's only" race national record holder, having ran 2:22:01 in a race only consisting of women and will look to improve on that mark in Chicago.

Deena Kastor's 2:19:36 in a mixed race at the 2006 London Marathon continues to be the national best.

Hall is the second quickest on paper in the women's race, with the favourite being Kenya's Ruth Chepngetich, who has a best of 2:17:08 from the Dubai Marathon in 2019.

The depth is not similar to that of the men, with only five women under 2 hours 25min.

The others are Kenyan Vivian Kiplagat, American Keira D'Amato and Meseret Belete of Ethiopia.