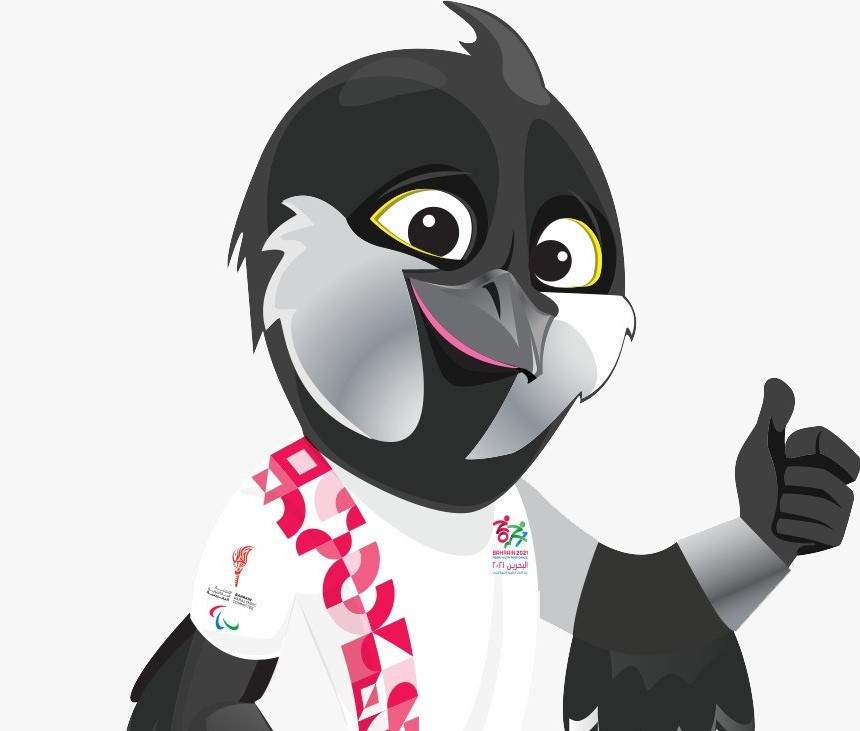 The mascot and slogan for the Bahrain 2021 Asian Youth Para Games have been launched to mark 50 days until the beginning of the event.

The mascot, called BulBul, is based on a family of songbirds found in Bahrain, called bulbuls.

It was chosen due to its cultural heritage to the country as well as symbolising "the beauty that can be found around the Kingdom".

"The Bahraini 'BulBul' has been chosen as the mascot for the 2021 Asian Youth Para Games for a number of reasons, one being it’s physical abilities such as its agility and high speed, which can certainly be a motivating factor for all the Para athletes competing to win some medals and achieve their goals," said Deena Fulath, senior administrative coordinator of the Bahrain Paralympic Committee.

"This is also an opportunity to encourage the preservation of its habitats and environments, in order to protect the 'BulBul' as well as other wildlife found in Bahrain."

The slogan - "Together. Rising. Stronger" - was chosen to reflect the aims of the Games which are to promote friendship, improve athletes' performances and to leave them in a better place to continue their sporting careers.

"Seeing the Games mascot come to life and to announce the slogan is an exciting step towards the Games in just 50 days’ time," said Asian Paralympic Committee President Majid Rashed.

"We are pleased that the Kingdom of Bahrain is hosting such an important tournament for the future of para-sport in Asia and I’m sure that they will be fantastic hosts for all the young athletes from across the region to come together and celebrate the power of sport to unify and promote inclusivity."

The event is set to take place in Bahrain's capital Manama from December 2 to 6.

Approximately 800 athletes from 31 countries are expected to compete.