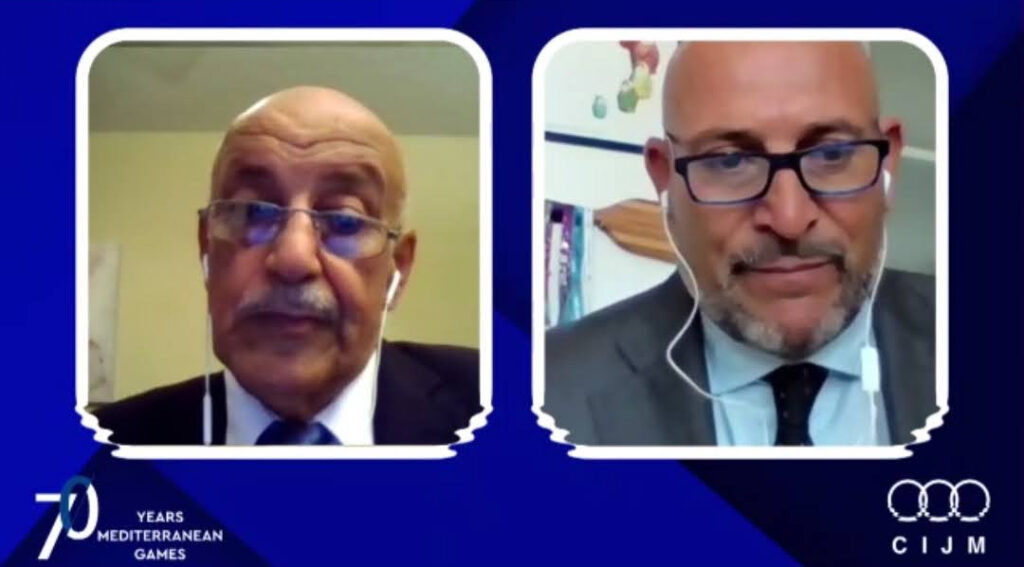 Davide Tizzano has been elected as the International Committee of the Mediterranean Games' (CIJM) first new President for 18 years, succeeding Amar Addadi, with Heraklion in Greece confirmed as host of the 2023 Mediterranean Beach Games.

The Italian official was the only candidate and elected unanimously at today's online General Assembly.

He previously served on the CIJM Executive Committee.

Algerian Addadi thanked the 26 National Olympic Committees (NOCs) represented in the CIJM in a farewell speech, and called on members of the organisations to continue pursuing the development of the Mediterranean Games.

After being elected, Tizzano expressed his desire to help the Games grow further, and offered Addadi a Honorary Presidential role within the CIJM.

"I would like to thank all the members of the Mediterranean family for their trust," he said.

"The aim is to make the Mediterranean Games bigger and stronger.

"I would also like to thank Amar Addadi for his great contribution to CIJM and on this occasion I want to nominate him for the position of Honorary President of the International Committee of the Mediterranean Games."

The outgoing Spaniard Victor Naranjo Sanchez, Libyan Marwan Maghur and Albanian Stavri Bello were awarded the Order of Merit and became Honorary Members, with Lebanon's General Souhail Khoury, Dinos Michaelides of Cyprus and Alain Lunzenfichter of France receiving the first of those honours.

The Lebanese official failed in his re-election bid.

The General Assembly also saw Heraklion on the Greek island of Crete confirmed as host of the 2023 Mediterranean Beach Games, having been the only candidate.

This will be the third edition of the beach edition of the Mediterranean Beach Games, which started in Pescara in Italy in 2015 and were held in Patras in Greece four years later.

NOCs from Europe, Africa and Asia are represented at the Mediterranean Games, which are usually held every four years, although the gap is occasionally longer or shorter.

Alexandria in Egypt hosted the inaugural edition in 1951, which featured 10 nations.

This had expanded to 26 nations by Tarragona 2018.

Next year's Games, which are due to run from June 25 to July 5, are to be held in the Algerian city of Oran.