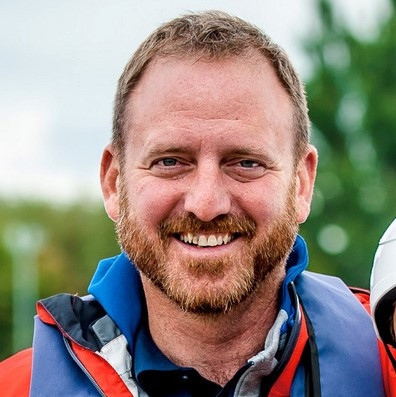 The International Rafting Federation (IRF) has just been accepted as a World Anti-Doping Agency (WADA) Code Signatory. With this historic milestone, we look back at where we’ve come from and what is in the pipeline for sport rafting.

Rafting itself has been around for hundreds of years. In its earliest forms, rafts were felled trees bound together and used as a means of transporting those logs, produce and people across and down rivers. As with all human nature over time, competitiveness reared its head, and thus was born the sport of raft racing.

The IRF traces its roots directly back to Project RAFT (Russians and Americans for Teamwork) in 1989 on the Chuya River in Siberia in Russia. This was an iconic event as it was purely focused on bringing raft-loving people together and ignoring any political or other differences that there may be.

The love for rivers and rafting brought people to this event from far and wide, such as the late Rafael Gallo, who was a founding member of the IRF, its second President, our first Honorary President and a groundbreaker in the move towards sustainability. Our current President, Joe Willis Jones, was also at that first historical Project RAFT event.

The IRF was formed in 1997 following agreement at several international rafting events that there needed to be a consistent set of rules for all competitions and which everyone followed. Other arms of the IRF, including river safety under Guide Training & Education courses, were initiated at the same time.

Raft racers were originally mostly raft guides. That trend has changed over the years to where we now see quite a number of elite teams who are not traditional raft guides but come from a more competitive sporting background. Many of our athletes also compete in other team paddling disciplines such as Dragon Boating and V’aa (Outrigger).

The competitive nature of raft racing grew over the decades to the point where we needed to make certain that raft racing was not only consistently regulated but fair for everyone. One of the key components of this was to ensure that raft racing remains a clean sport.

And so, the IRF anti-doping programme was initiated in 2009 by the IRF Sport and Competition Committee under the direction of the IRF Board of Directors (BOD). Doping tests were proposed for major IRF international rafting competition events from 2011 forward.

Since we implemented adherence to the WADA Code, we have had two positive tests. The first was at the 2015 national championships in Serbia - the athlete received an eight-month suspension. The second incident was more complex as it was at the 2015 World Rafting Championships and involved an athlete in a medal-winning team. The team was disqualified from the downriver discipline which was held on the day of the incident. This dropped the team off the podium in the overall standings as well.

The IRF is proud to have implemented a strict adherence to the Code to ensure a clean, healthy and fair sporting atmosphere for all athletes. We thank the WADA for acknowledging our commitment to clean sport.

IRF President Joe Willis Jones recently commented: "We are overjoyed at having been accepted by WADA as a Code Signatory. This important accomplishment comes after many years of carefully structuring the IRF Anti-Doping programme to align with WADA signatory criteria.

"We greatly appreciate WADA’s recognition, and the trust they have placed in us to continue to lead our sport by offering rafting athletes the assurance of competing in fair events."

The IRF has constantly strived to grow and be more dynamic, yet remain true to our roots. This is evident in our recent changes to our head-to-head (H2H) discipline. H2H is where teams battle it out one versus one over a set course with buoy navigation mandatory - full but safe contact is permitted, in a knockout competition where the winner is decided not necessarily on who is fastest but who plays their tactics the best.

Athlete consultation and representation have been at the forefront of the development of raft racing over the decades. Through event feedback and member consultation, we evolved race rules and priorities over the years. However, we felt that we needed to formalise the process. At our Congress of 2017 in Japan, our national members voted unanimously for the adoption of an Athletes’ Commission, with voting representation on our BOD.

Another aspect that a number of athletes and IRF officials are focussing on is our diversity and how we can increase diversity, not just in raft racing but also in our raft guide community.

These groups are focused on making recommendations as to how we can increase the participation of women’s teams in our world and continental-level events. We have done well with women’s teams' attendance at past World Rafting Championships, reaching 30 to 40 per cent of overall team registrations.

But this is not so in all countries.

Furthermore, we are using social media to raise the profiles of female guides to encourage others who may be reticent to step into this usually male-dominated community.

Although we see the benefits to mixed teams to increase the opportunities to race, the IRF firmly believes that women deserve the right to compete against other top women’s teams in top-level competitions and not be relegated to mixed teams where the individual skills and experiences of women are not recognised. Too often women become token athletes in mixed teams, which does not shine the light on women’s skills and achievements enough.

With 24 years of experience and river community under our belt, we are no longer a young organisation. But we’re also not stuck digging our heels in. Our deep river community roots mean we don’t forget the past as we step to the future.

As we continue to grow the rafting family across the globe, we strive to incorporate legitimate rafting organisations that represent and respect the values of the rafting community. Clean sport, diversity and inclusion are key focus areas of engagement.

We realise that to grow as a sport, we need to grow community and understanding of our rafting history while pushing for advancements in our sport.

Our acceptance as a WADA Code Signatory is a giant leap forward in terms of recognition and ensuring a level playing field. But there is still much work to be done and we can only do this with the help and guidance of the river and rafting communities and the support of our compatriot sporting federations.