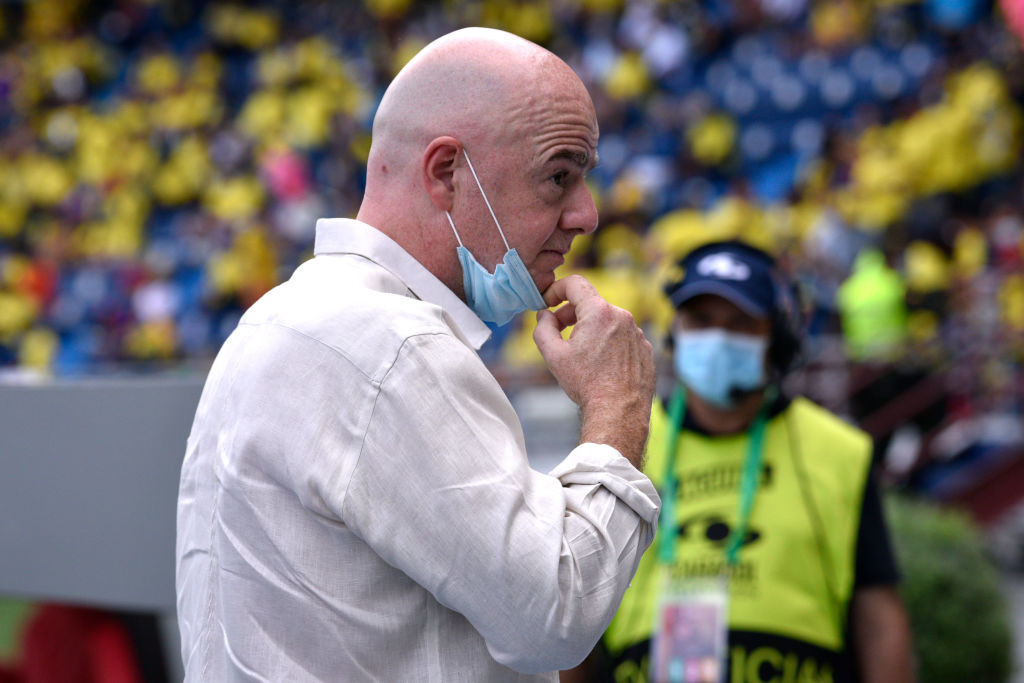 Holding the men's FIFA World Cup every two years "cannot be accepted" because of the impact on the club game, the body representing Europe's leagues has claimed.

The umbrella body, which represents leagues including the Premier League in England and La Liga in Spain, warned shifting the World Cup to a biennial cycle would "lead, among other things, to a calendar shift from club football to national team football and a severe shift in sporting and economic value from domestic to international competitions".

"The FIFA proposals are detrimental for the domestic competitions, the clubs, the players and the fans of football and cannot be accepted," the European Leagues said in a statement following its General Assembly.

The plans have been met with widespread criticism from across football and the world of sport, with UEFA and the International Olympic Committee (IOC) among those to have voiced their opposition.

The FIFA Council this week approved a global summit on the international calendar - and principally the proposal to stage World Cups every two years - on December 20.

FIFA President Gianni Infantino claimed to be "confident" that a consensus can be reached at the event, but it will not be an Extraordinary Congress, which would have had the power to enact a new calendar.

It had been expected that the plans would be put to a vote at the Congress.

Representatives of the leagues expressed their views directly to Wenger this week, while FIFA has also held talks with coaches of men's national teams.

The IOC expressed concerns over FIFA's plans and called for a "wider consultation", which it said had "obviously not taken place".

The IOC revealed that Infantino had not directly discussed the proposal with its President Thomas Bach, even though he is a member of the organisation.