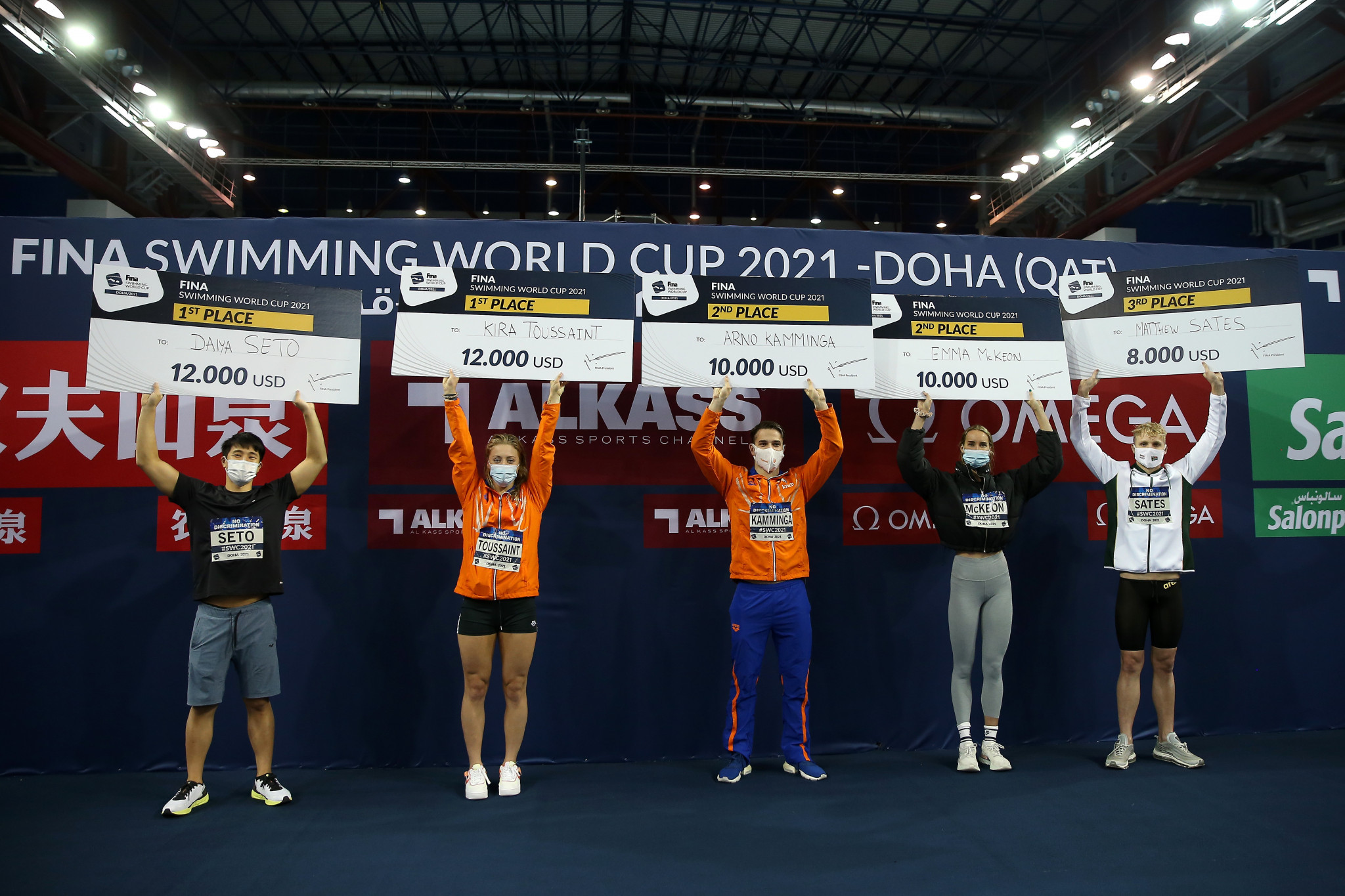 The Netherlands' Kira Toussaint and Daiya Seto of Japan were crowned women's and men's champions of the International Swimming Federation (FINA) Swimming World Cup 2021 third leg in Doha in Qatar.

Toussaint scored 58.3 points at the event to see her finish atop the standings ahead of Australia's Emma McKeon and Yuliya Efimova of Russia with 55.9 and 55.3 points, respectively.

The Japanese swimmer won the men's 200 metres breaststroke and 400m medley on the final day to cap off a fantastic weekend.

The South African clinched all Gold Medals at stake from the Backstroke events in in Doha. Watch his performance in the 100m! pic.twitter.com/Eqvt7g2V22

Sates' finish sees him remain in pole position for the overall World Cup over three legs.

His compatriot, Pieter Coetze, capped off a remarkable weekend with a victory in 50.86 in the men's 100m backstroke.

The 17-year-old won all three backstroke events at the competition.

Two-time Olympic silver medallist Efimova dominated the women's breaststroke events as she took her third win in the 50m, touching the wall in 30.11 to beat Belgian Fanny Lecluyse's time of 30.48.

South Korean Back Su-yeon made up the podium as she finished in 31.01.

The World Cup series is scheduled to reach its climax next week in Kazan in Russia from October 28 to 30.