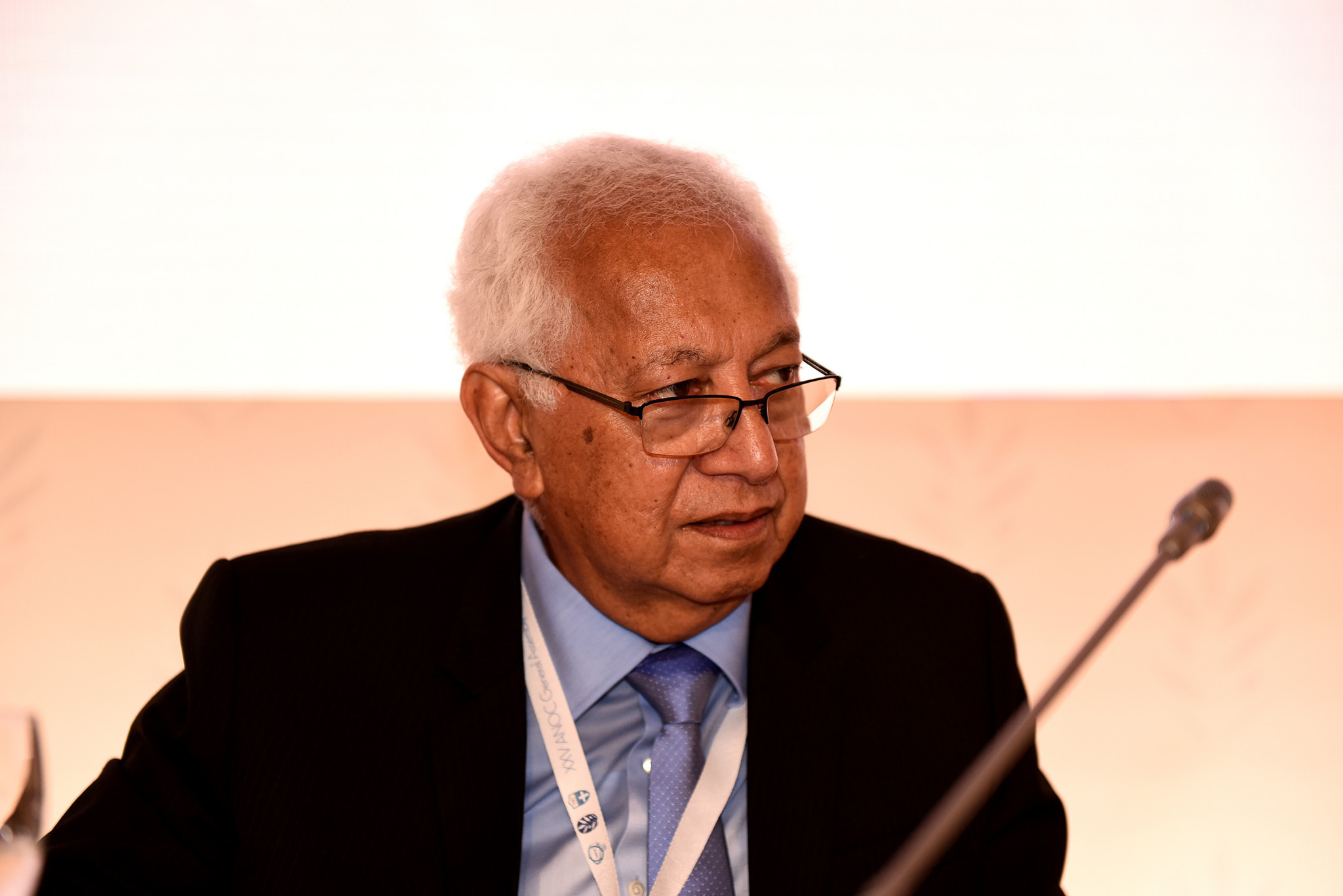 The vote to elect the next permanent President of the Association of National Olympic Committees (ANOC) will be held in Seoul after the South Korean capital won the hosting rights for next year's General Assembly here today.

Seoul had been due to stage the General Assembly in 2020 before it was postponed to 2021 and moved to Greece because of COVID-19.

The meeting in the South Korean capital is set to herald a new era for the umbrella body, with the winner of the Presidential election replacing Sheikh Ahmad Al-Fahad Al-Sabah at the helm.

Sheikh Ahmad stepped aside in 2018, despite pleas from dozens of ANOC members for him to stay, after he was charged with forgery in Switzerland.

The Kuwaiti powerbroker, convicted of the offence and sentenced to 14 months in prison, with 15 suspended, by a Geneva court last month, was replaced on an acting basis by Fiji's Robin Mitchell following the 2018 General Assembly in Tokyo.

Mitchell has been Acting President since, and Sheikh Ahmad - "self-suspended" as an IOC member - is yet to tender his formal resignation.

It appears there will be no way back for a man considered key in elevating Thomas Bach to the International Olympic Committee (IOC) Presidency in 2013 - even if he wins an appeal to overturn his conviction.

ANOC is constitutionally-bound to hold an election in 2022 and is going ahead with the process, scheduled to formally begin next year.

Mitchell, a member of the IOC Executive Board and a trusted ally of Bach, declared his intention to stand for the top job during his report to the General Assembly yesterday.

"We have set a date for the election and I was interested to continue," Mitchell, who will have been acting ANOC President for a full four-year term by the time of the election, said.

"When you are Acting President, you don’t fully make decisions - if you are going to commit to your organisation you have to put your hand up."

Panam Sports President and IOC member Neven Ilic has also indicated he may be a candidate for the position.

Spyros Capralos, the head of the European Olympic Committees, who, like Ilic and Mitchell, is an IOC member, ruled himself out of running for ANOC President today.

"With my good friend Robin standing, I will remain on the sidelines," Capralos said.

Seoul had been scheduled to host the ANOC General Assembly in 2020.

The meeting was postponed by a year due to COVID-19 before being moved to Athens and then to Crete.