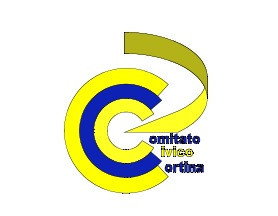 A civic group in Cortina d'Ampezzo has called for sliding events at the 2026 Winter Olympic Games to be moved from the Eugenio Monti sliding track after raising concerns over the cost of renovating the venue and the environmental impact of the expensive project.

The Comitato Civico Cortina expressed its issues with the €85 million (£72 million/$98.5 million) revamp of the venue and claimed its calls have been ignored by the Milan Cortina 2026 Organising Committee in a letter to International Olympic Committee (IOC) President Thomas Bach.

The group also claims ski mountaineering, added to the Milan Cortina 2026 programme this year, could be held in Cortina instead of Bormio if bobsleigh, skeleton and luge events are switched to an alternative location.

Milan Cortina 2026 is pressing ahead with plans to stage the three sports at the Eugenio Monti sliding track despite the cost of the renovation and encouragement from the IOC to consider existing venues, such as Innsbruck in Austria and St Moritz in Switzerland.

The IOC warned in 2018 that "major renovation work" would be needed in order for the track, which hosted sliding sports when Cortina last hosted the Games in 1956, to be used in 2026.

The IOC has since claimed it will accept the venue, which comes at a time where the IOC is telling future Olympic hosts to cut costs wherever possible after a string of referendum defeats forced a change to the way cities stage the Games.

A poll conducted by Comitato Civico Cortina in August found that 62.3 per cent of respondents disagreed with the Veneto region’s decision to fund the track’s reconstruction, with 70 per cent preferring an alternative venue.

"If this new Olympic event [ski mountaineering] was located in Cortina, it would have almost zero impact on the environment and would be inexpensive to organise," Comitato Civico Cortina wrote to Bach in a letter seen by insidethegames.

"As of yet none of our certified mail has been acknowledged by the various organisations showing, once again, the lack of interest in involving the local community in the project from the creation of the initial bid book to the last two years of work by the Milano-Cortina Committee.

"We are hopeful that the organisers will take our requests into consideration and that they will have a positive outcome, especially considering that the IOC has expressed serious doubts about the bobsled project."

In a separate letter, also seen by insidethegames, the group warns the complete restoration and rehabilitation of the track "will be a further step in the ongoing climate catastrophe" and pointed out the track at Innsbruck is just 159 kilometres from Cortina.

The Winter Olympic Games in Milan and Cortina d'Ampezzo are due to run from February 6 to 22 2026, with the Paralympic Games scheduled to follow from March 6 to 15.

Milan Cortina 2026 declined to comment, while the IOC said it had not received the letter from the civic group.