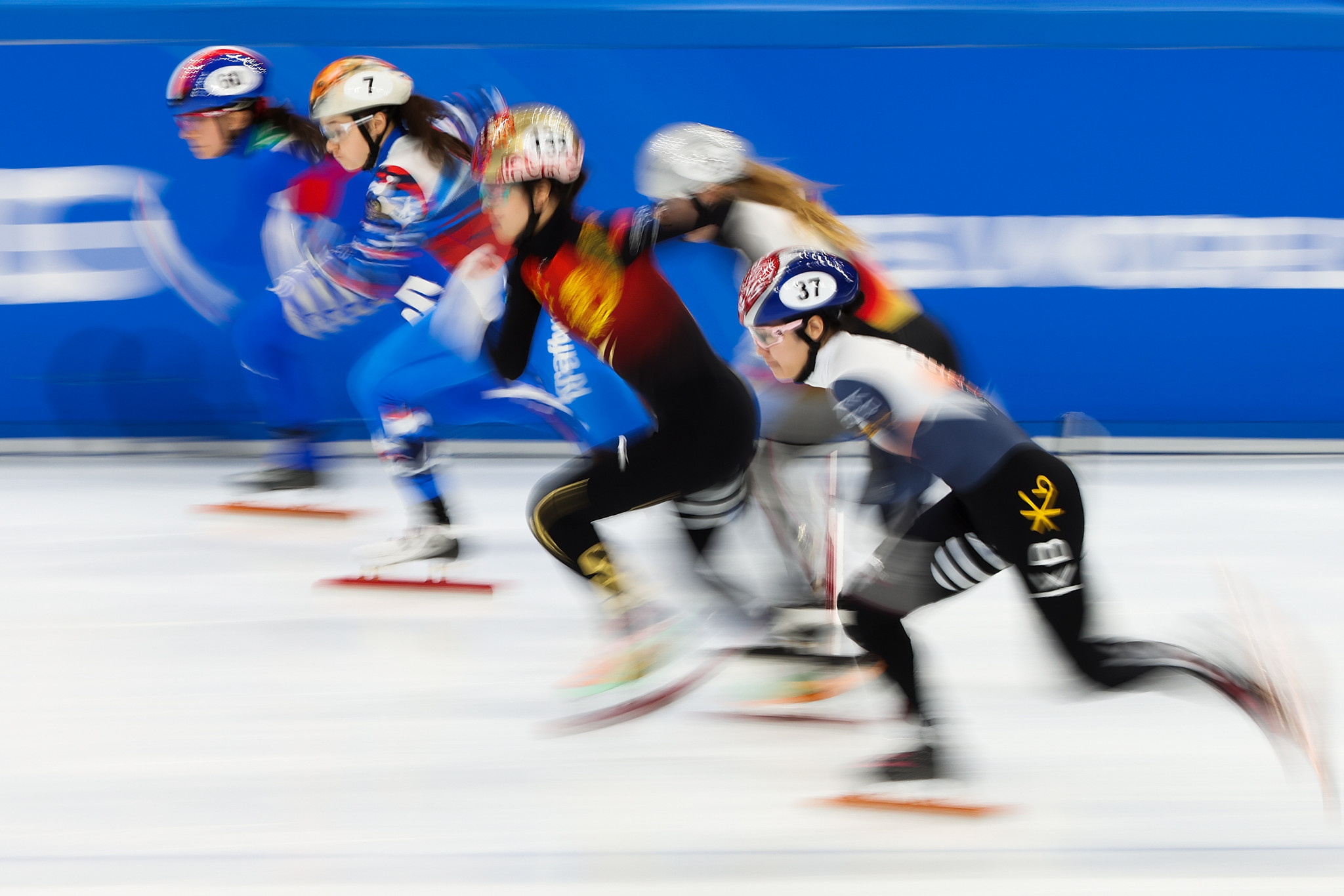 Worldwide Olympic Partner Panasonic are expected to support projections at ice venues during the 2022 Winter Olympic and Paralympic Games in Beijing.

The Japanese electronics giant outlined its role during rearrange Olympics and Paralympic Games in Tokyo, highlighting their support for video production and system operations at all competition and non-competition venue facilities.

Panasonic supplied equipment for the Opening and Closing ceremonies at the Olympic Stadium, including around 60 of the world's brightest 50,000 lm projectors and 40 speakers.

Projectors were also used as part of sport presentation at the Games, including introducing athletes during events such as the 100 metres final in athletics.

The projection mapping light show technology had made a successful debut in the Khalifa Stadium at the World Athletics Championships in Doha in 2019.

It was where a delegation from Tokyo 2020 and the Olympic Broadcasting Service first saw the spectacle in action and agreed to work on a similar light show for the Olympic Games.

The show, used to create anticipation for the race and to introduce the eight finalists, was projected on to the 100m track in the Qatari capital using 12 projectors and then transported successfully to Tokyo 2020.

It created 3D images of the world and then the name of each athlete in the final is projected on the track when he or she is introduced.

"We’re seeing a massive shift in how large screen display is used in sport production, which is very much being driven by Panasonic," he said.

"It adds a great dimension to the broadcast by adding to the production value of the athletes coming in.

"You’ve seen huge growth on projection on the field of play, such as at the World Athletics Championships in 2019.

"It was absolutely spectacular, and was the catalyst that got it used in Tokyo, where they did the 100m using the same hardware that was used for the ceremonies.

"At every ice venue we’re doing projection onto the field of play."

A total of 2,250 staff helped deliver the operation, with the company highlighting the vital role of the television broadcast due to the absence of spectators from events at the COVID-19 impacted Games.

Newland revealed that the majority of equipment used at Tokyo 2020 has already been moved to Beijing to support the event.

Panasonic is a member of the IOC’s The Olympic Partner programme until 2024.

The Winter Olympics in Beijing are scheduled to run from February 4 to 20, with the Paralympics due to follow between March 4 and 13.