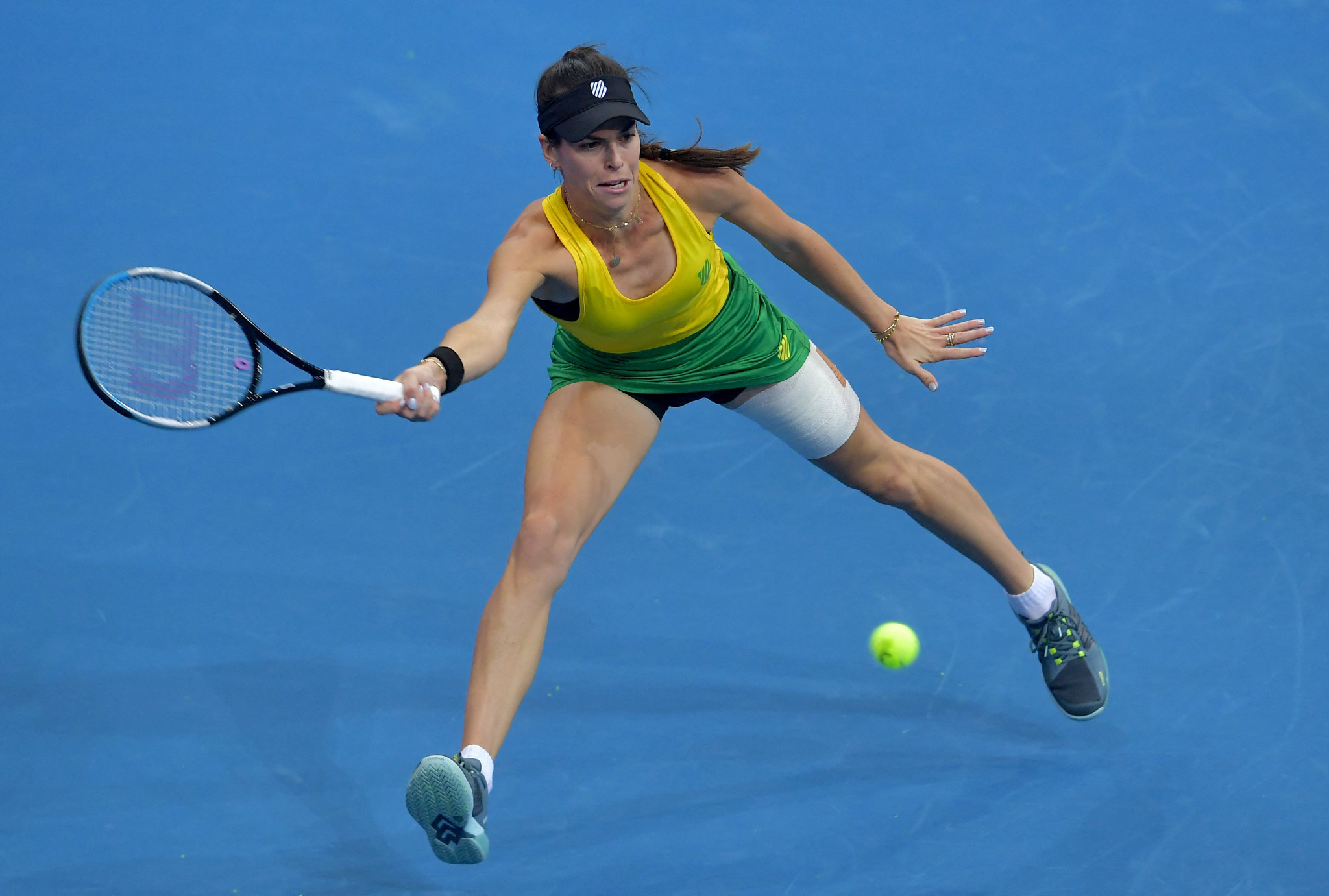 Australia and Switzerland completed the semi-final line-up at the Billie Jean King Cup Finals in Prague after defeating Belarus 2-1 and the Czech Republic 2-1, respectively.

Similarly to their 2-1 victory over Belgium two days prior, Australia produced two standout singles victories to wrap up the tie before the third doubles match came into play.

The world number 131 did not face a break point during her 63-minute win over 21-year-old Hatouka, who had also made her Women's Tennis Association main draw debut this season after qualifying for Strasbourg in May.

She was followed by Wimbledon quarter-finalist Ajla Tomljanović, who had been sidelined due to illness against Belgium but bounced back to defeat Aliaksandra Sasnovich 4-6, 6-2, 6-3.

Tomljanović needed one hour and 58 minutes to come through a first encounter with Stanovich but eventually held her nerve in a final set that saw seven breaks of serve.

Belarus managed to avoid the whitewash by winning the dead-rubber doubles, with Sasnovich and Lidziya Marozava defeating Olivia Gadecki and Ellen Perez 6-4, 6-4.

While Australia is understrength with the absence of world number one Ash Barty, Alicia Molik's team are now eyeing a chance to go one better than their runner-up finish in 2019.

The moment @swiss_tennis reached the semi-finals 🥳

They're the only nation remaining who haven't won the title 👀#BJKCupFinals pic.twitter.com/epsIYl557U

Australia will play Switzerland in Friday's semi-finals after they emerged as the winners of Group D on Thursday night by knocking out hosts the Czech Republic 2-1 in the last tie of the round-robin stages.

The Czech Republic has dominated the Billie Jean King Cup of late, winning the title six times in the last ten years.

But on home soil, they could not hold on to their favourite status as Olympic gold medallist Belinda Bencic of Switzerland won her singles and doubles matches to clinch victory for her country.

The evening session started off well for the Czechs as Markéta Vondroušová defeated Viktorija Golubic 6-4, 6-2.

After that, Bencic took control.

In the other semi-final, the Russian Tennis Federation will play the United States tomorrow.