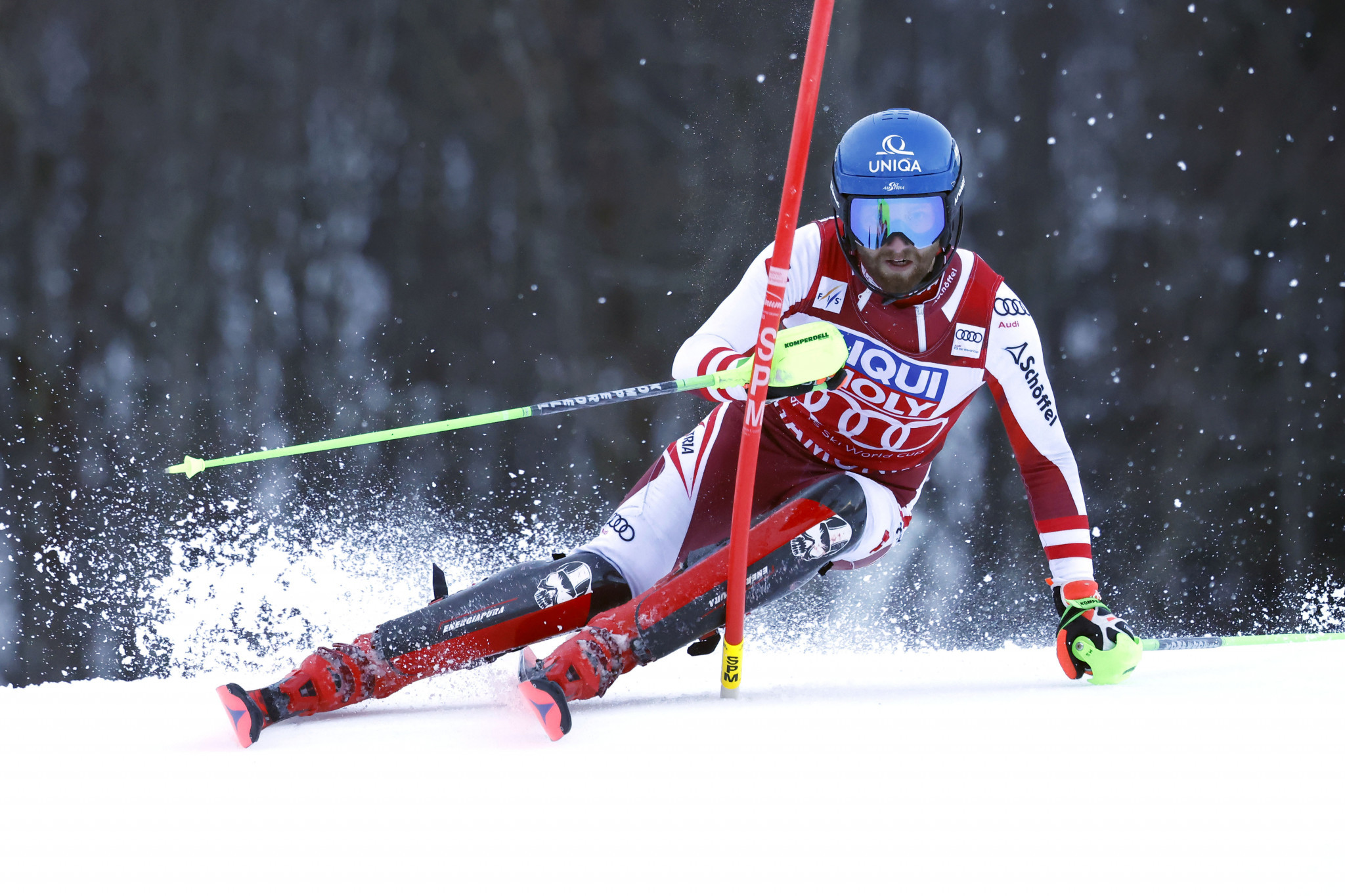 Austrian Alpine skier and combined world champion Marco Schwarz is out for the majority of the rest of 2021 with an ankle injury, following a tear during training on Wednesday (November 3).

A four-time International Ski Federation Alpine Ski World Cup race winner, Schwarz is now expected to be on the sidelines for at least nine races and is expected to return in six weeks.

This would mean returning in Val Gardena on December 17 and 18 - finishing off the calendar year with a tour of four Italian resorts.

Schwarz confirmed he had suffered a front syndresmosis ligament in his left ankle during training in Resterhöhe after being examined in Kitzbühel by a physician.

He is not expected to go under surgery, but just physiotherapy for the injury.

"That is luck in misfortune," said Schwarz to the Austrian Ski Federation.

"I threaded and then it ate my ski.

"Now I'll start rehabilitation and therapy right away and see that I can get back to the ski circuit as quickly as possible."

Only one race has taken place so far in the 2021-2022 season, with Schwarz finishing 13th on home snow in Sölden in the giant slalom on October 24.

The next leg is also in Austria, with skiers heading to Lech/Zürs on November 14 for parallel slalom.

In the 2020-2021 season, Schwarz won the slalom Crystal Globe title and finished third overall in the World Cup standings.

He also pipped French skiing great Alexis Pinturault to gold in the Alpine combined to the world title by 0.04 seconds in Cortina d'Ampezzo earlier this year to win his first major gold medal.

He was part of the Austrian squad who claimed silver in the team event at the Pyeongchang 2018 Winter Olympics too.