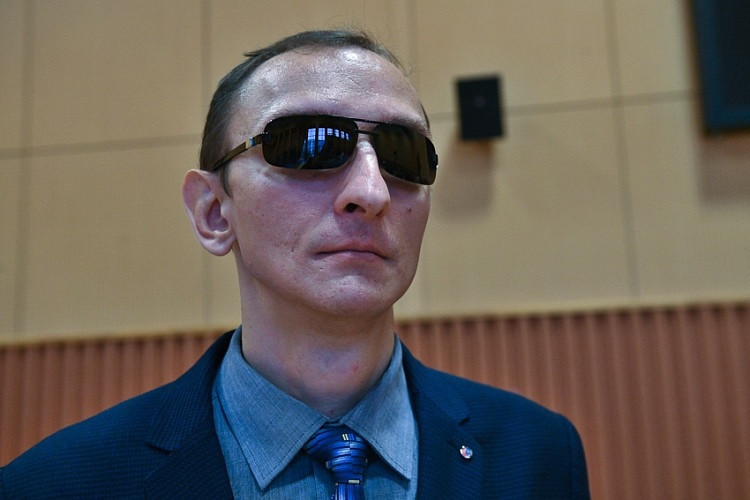 Next year’s World Sambo Super Cup in Moscow is set to act as the "starting point" in the International Sambo Federation (FIAS) Commission for Athletes with Disabilities' ambition to push for Paralympic inclusion.

The tournament, scheduled to be held in the Russian capital in March 2022, will mark an historic moment for the FIAS when it stages the first-ever international blind sambo competition.

Moscow was awarded the hosting rights at today’s FIAS Congress here in Tashkent in Uzbekistan.

Roman Novikov, a member of the FIAS Commission for Athletes with Disabilities, said the World Sambo Super Cup will be a significant milestone in the development of the sport as he aims to get it on the Paralympic programme.

"It will be the first time in the history that we have organised the international event for blind sambo athletes," Novikov told insidethegames.

"It will be the initial starting point for all events.

"It is very important to know that this event will be held in accordance with all International Paralympic Committee rules and regulations.

"It will be a really great development not only us [as a committee] but for the International Sambo Federation.

"I have already met some representatives of sambo federations and we have agreed to organise for 2022 and 2023 an Asian Sambo Championships for blind sambo.

"Then we hope to organise the same event in Europe.

"If you are talking about growth we are at international level."

Blind sambo development began in 2010 and the first domestic tournament in the discipline was held in December 2011 in Moscow.

In 2015, the Russian Ministry of Sports officially recognised the discipline, and Russian Sambo Championships for blind and visually impaired athletes have been held annually since 2017.

About 150 international male blind sambists are expected to compete at next year's World Sambo Super Cup in Moscow.

Novikov believes the number of competitors will continue to grow over future editions, having witnessed a "great burst of development" over the past 10 years.

"Blind sambo is developed in South Korea, Mongolia, Japan and middle Asian countries and in some European counties," said Novikov.

"There are many blind sambists in the USA and Canada.

"I get many calls from different countries asking me how can they start practising sambo so I get them in contact with coaches and Presidents of National Federations.

"Secondly, we started a special programme in blind sambo schools In Russia.

"Russia will be the first pilot project of this idea and after that we will see the development."

Novikov said sambo has the power to give the blind and visually impaired skills to defend themselves when targeted by attackers as he reflected on his own experience of an attack before taking up the sport.

"Some hooligans attacked me and I could not protect myself, not only my health but my life in this case," added Novikov.

"It is very easy to attack blind people, they are a target so sambo makes you more self-confident and you can practise how to protect yourself."