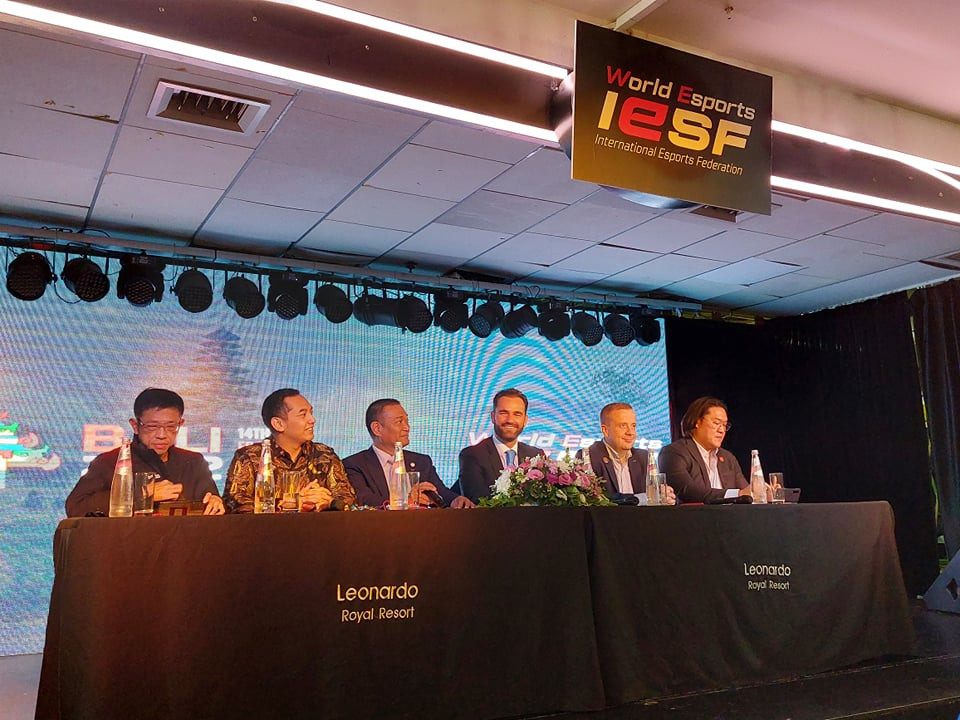 Indonesia was confirmed as host of the 2022 International Esports Federation (IESF) World Championship Finals as the 13th edition of the event concluded.

Indonesia was unanimously selected to be the host of next year’s event at an IESF Executive Board meeting, with the contest set to be held in Bali.

The South East Asian nation had been one of seven bidders for the 2022 World Championship Finals.

IESF President Vlad Marinescu said the professionalism and quality of Indonesia’s bid had led to the country emerging as the clear choice.

"I am very proud on behalf of all our member federations and Executive Board to announce Bali as host of the next World Championships," he said here.

"Indonesia is a country based on mutual respect, friendship, courage, historical roots and culture.

"We can see this in everything coming from the country.

"We will blend the future with technologies and culture, and we will present Bali to the world.

"I have full confidence in the Indonesian Olympic Committee to deliver the best possible World Championships."

The World Championship Finals are provisionally scheduled to take place in Bali between November 20 and 27 in 2022.

Full confirmation on the dates and game titles are expected by the end of this year.

Finalising game titles has been listed as the Local Organising Committee's top priority.

The IESF hopes as many as eight titles could be included on the programme for next year's World Championship Finals, which would mark an increase from the four events and one feature title in Eilat.

National qualifiers are expected to take place from January to May, with three months of regional qualifiers held in July, August and September to determine the participants in Bali.

The IESF hopes as many as one million players will participate in the World Championships next year, amid claims it will be the largest esports event ever.

The Indonesian Olympic Committee (KOI) said around 45 million people in the nation are active esports players, with the National Federation claiming the event will further drive the growth of the industry.

Organisers say the desire to bid for the World Championship Finals formed part of the Indonesian Government's sport tourism strategy, as well as helping to support young esports players in the country.

Plans were also confirmed for an Indonesian Esports Academy and launch of an esports platform, alongside securing the 14th World Championship Finals.

"Personally I am very grateful for the trust you have given us," he said.

"Esport is huge in Indonesia.

"Our initiatives include an esports academy, platform and the World Championships.

"Let us do it together and prove to the world that the 2022 World Championship Finals will be a new benchmark and the best edition yet."

It will be the second time the World Championship Finals have been held in Indonesia, with Jakarta having hosted the event in 2016.

The event will be the second effectively secured by Indonesia in as many months, with the nation expected to host the second edition of the Association of National Olympic Committees (ANOC) World Beach Games.

ANOC confirmed Indonesia as the sole candidate for the 2023 Games at the organisation’s General Assembly last month, with ratification expected when the non-compliance status of the country’s National Anti-Doping Organisation is lifted by the World Anti-Doping Agency.

The IESF has also confirmed that Romania will host the 2023 World Championship Finals.

Romania will stage the event for the second time, with the country's capital Bucharest having hosted in 2013.