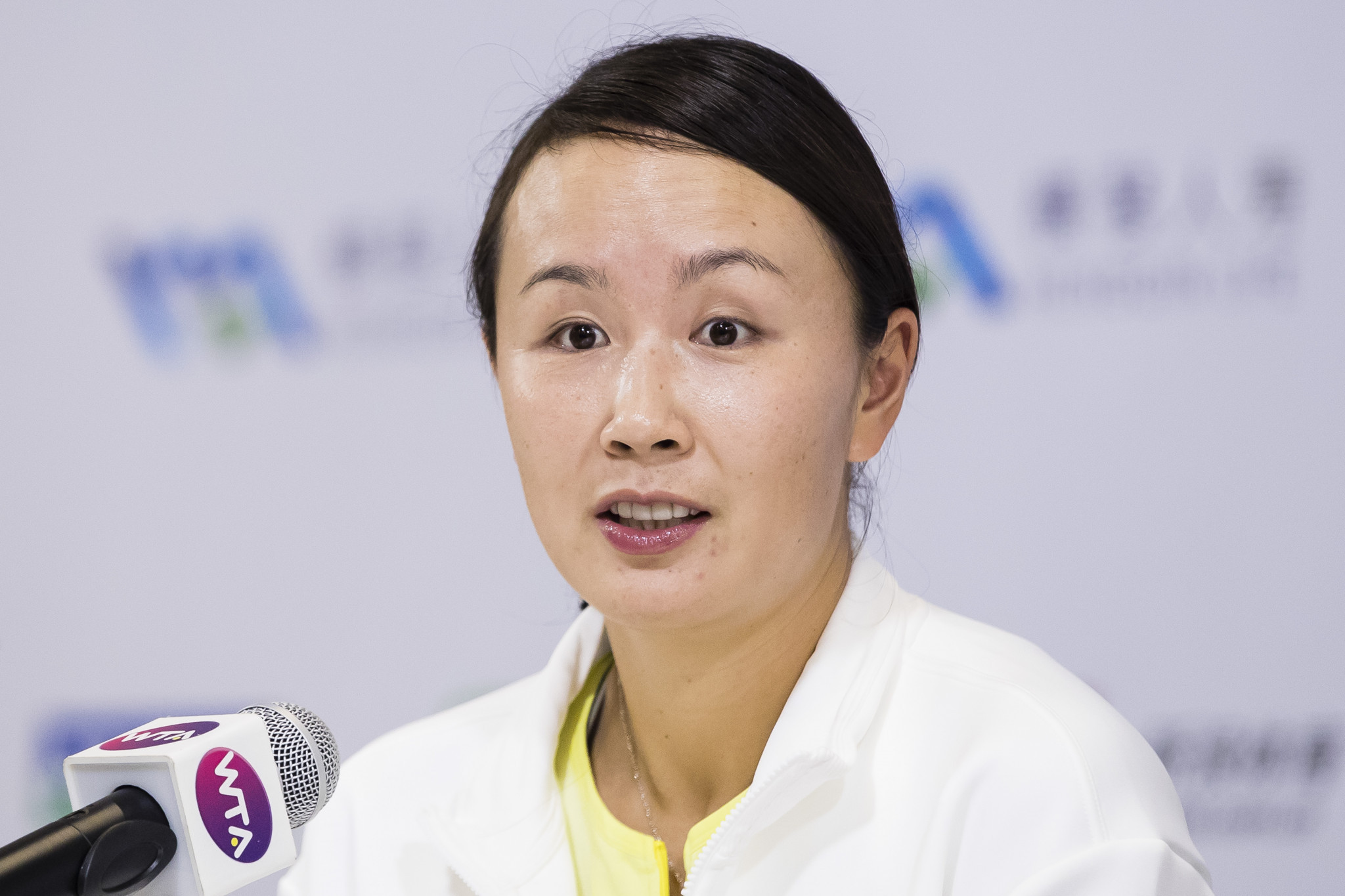 The Women's Tennis Association (WTA) has threatened to pull out of 2022 events hosted in China due to concerns regarding the safety and well being of Chinese tennis player Peng Shuai.

Peng, who is a former doubles world number one, has not been seen since November 2, when she made allegations against Zhang Gaoli, a former senior vice-premier and high-ranking member of the Chinese Communist Party, on Chinese social media platform Weibo.

Peng claimed Zhang sexually abused her 10 years ago and admitted to an on-off extra-marital affair since the coercive incident.

The post was taken down within 20 minutes, but it was not reported in Chinese media, subject to blanket censorship, and Peng has not been seen or contacted since.

Following a letter to the WTA purporting to be Peng - which began with "Hello everyone this is Peng Shuai", was only reported on in English-speaking media and the screenshot of which included a cursor, usually only present on the screen when someone is typing - WTA chairman and chief executive Steve Simon expressed his fear for Peng's safety.

Simon said the letter "only raises my concerns as to her safety and whereabouts" and that he has "a hard time believing that Peng Shuai actually wrote the email we received or believes what is being attributed to her."

Now the WTA chief has threatened China with hosting expulsion from 2022 events, should independent and undeniable evidence of Peng's whereabouts and well being not be provided.

"This is not about the money, this is about doing what is right and making sure Peng Shuai is safe and free," Simon told the BBC, when asked to confirm his claim that the WTA would pull out of Chinese events.

"We don't want to be in this position, but at the end of the day, this is one of those decisions where compromises are not acceptable.

"We have to do what is right here and we will figure that out if we end up being in that position at the end of the day."

"I support the statement of WTA as an organisation and also their president absolutely," he said.

"The whole tennis community needs to back her up and her family, make sure that she's safe and sound because if you would have tournaments on Chinese soil without resolving this situation, it would be a little bit strange.

"I heard that the WTA is willing to pull out from China with all the tournaments unless this is resolved.

White House press secretary Jen Psaki issued a statement on behalf of President Biden, stating: "We join in the calls for PRC (People's Republic of China) authorities to provide independent and verifiable proof of her whereabouts and that she is safe.

"We know the PRC has zero tolerance for criticism and a record of silencing those that speak out and we continue to condemn those practices."

The calls for China to verify Peng's safety were met with a fresh twist, as journalist Shen Shiwei, who works for China Global Television Network, a state-run network that published the unverified and widely doubted email, posted images of Peng on Twitter.

The photos showed Peng holding a cat and a toy panda and, per Shen, were posted on her WeChat yesterday afternoon.

Experts say the photos lack credibility, with the post coming from an account named "Peng Shuai 2" and with the Chinese flag as its avatar.

China is due to host the Winter Olympics and Paralympics early next year.

Critics of the regime say China's record on human rights makes it an unfit Olympic host, and the Peng case is likely to give rise to more criticism over how China handles dissent.

The International Olympic Committee said the best course of action is "quiet diplomacy" and refused to make any further comment.