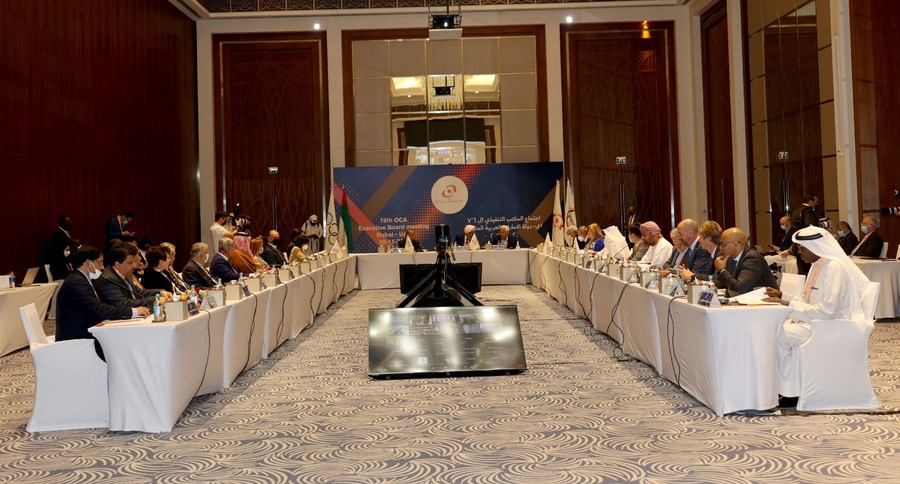 New dates have been officially confirmed for the Asian Indoor and Martial Arts Games in Thailand following its postponement due to the COVID-19 pandemic.

The Olympic Council of Asia (OCA) Executive Board, meeting her today, formally rubber-stamped the proposal that the event in Bangkok and Chonburi should now be held between November 17 and 26 in 2023.

The Games had originally been due to take place between May 21 and 30 this year but the event was re-arranged until March 10 and 19 in 2022 due to the coronavirus crisis.

It was postponed again last month following a request from the National Olympic Committee of Thailand (NOCT).

The NOCT vice-president admitted it had not been an easy decision to push back the Games by another year.

"But Thailand is keen and passionate to host major sporting events and we look forward to welcoming all of you in 2023," Siriwat said.

The issue of COVID-19 and its affect on Asian sport was addressed during the opening remarks of Acting OCA President Randhir Singh.

Singh was chairing his first OCA Executive Board meeting in-person since replacing Sheikh Ahmad Al-Fahad Al-Sabah after he stepped down temporarily in September after being found guilty of forgery by a court in Switzerland and was sentenced to 13 months in prison - which he is currently appealing against.

"Next year will be a busy year for sports in Asia with many major events scheduled and I hope, God willing, that it will be a healthy year for everyone," Singh said.

"I'm sure many have been affected by COVID.

"I had it myself and it is a terrible thing to go through.

For the second consecutive year, the event is being held in a hybrid format with 14 of the eligible National Olympic Committees not travelling to the event due to restrictions and health protocols.

They are expected to take part in the General Assembly via Zoom.

The OCA Executive Board heard reports from the next four hosts of its flagship event, the Asian Games.

Hangzhou 2022 gave a detailed summary of preparations while Aichi-Nagoya 2026 in Japan, Doha 2030 and Riyadh 2034 all gave brief updates.

It will now be called the Gender Equality Committee.