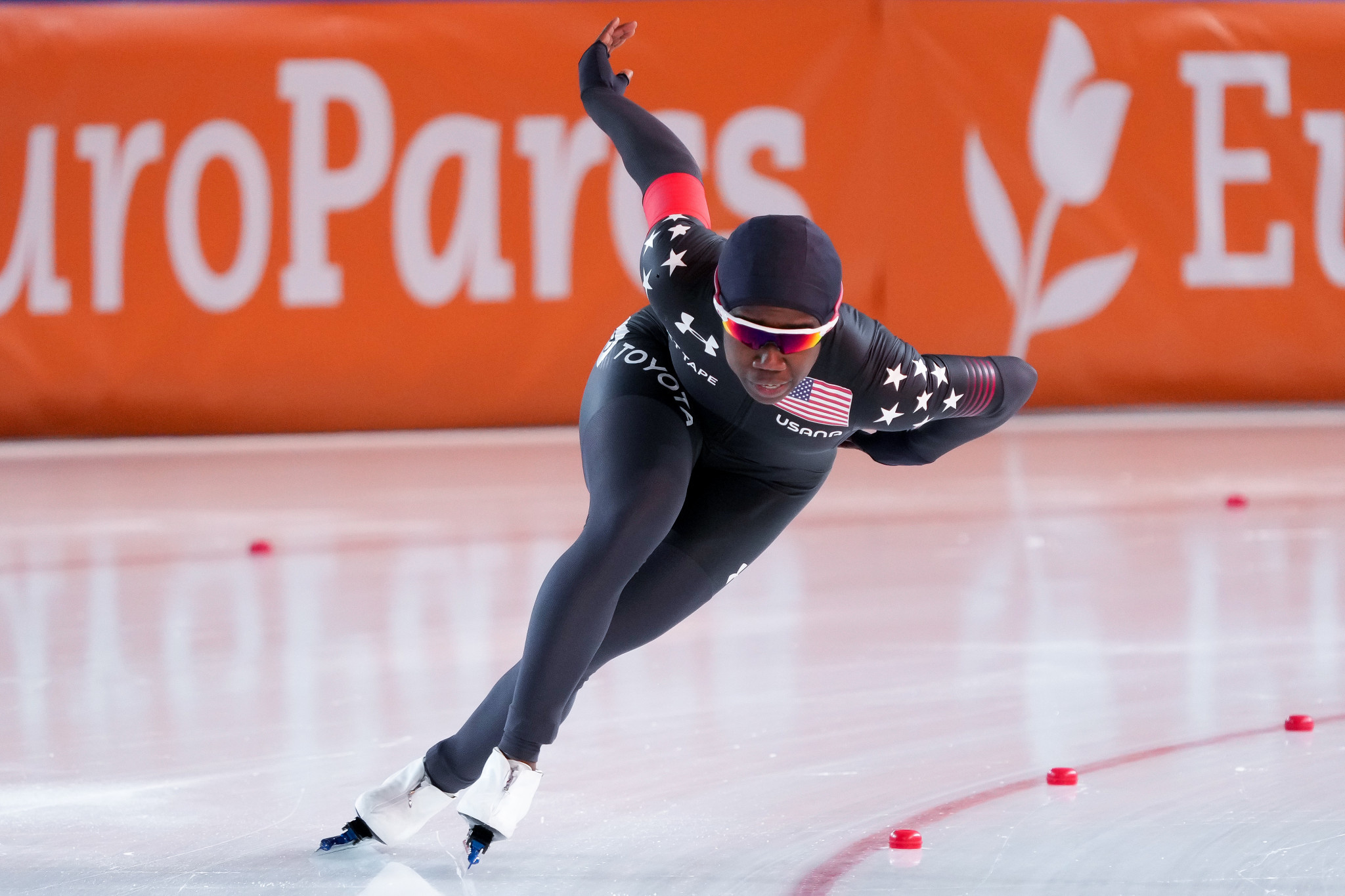 The United States' Erin Jackson continued her dominance of the women's 500 metres event on the International Skating Union Speed Skating World Cup circuit with a third victory of the season in Stavanger in Norway.

After winning both 500m races at the first event of the season in the Polish town of Tomaszów Mazowiecki, Jackson finished in 37.60sec at the Sørmarka Arena, although admitted afterwards she had hoped for a better performance.

"When I crossed the line, I was kind of disappointed," Jackson said.

"It didn't feel like a solid race, and the time didn't seem like something that would be the winning time.

"I did not expect that to be the winning time."

Canada's men's 500m world champion Laurent Dubreuil clinched his first World Cup gold of the season with a time of 34.573, which was narrowly quicker than Russia's Artem Arefyev's effort of 34.608.

Another personal best from a Polish skater, this time Marek Kania's 34.653, secured the bronze medal.

After placing second and first in Tomaszów Mazowiecki, Tatsuya Shinhama of Japan had to settle for fifth with 34.792.

Ted-Jan Bloemen of Canada secured a second consecutive podium finish, although his 13:00.230 was only enough for bronze this time.

Ziomek built on her individual success from earlier in the day by helping Poland to win gold in the women's team sprint, with Andżelika Wójcik and Natalia Czerwonka also contributing to the winning time of 1:28.364.

The Stavanger leg of the World Cup concludes tomorrow with the second 500m and the 1,500m finals.