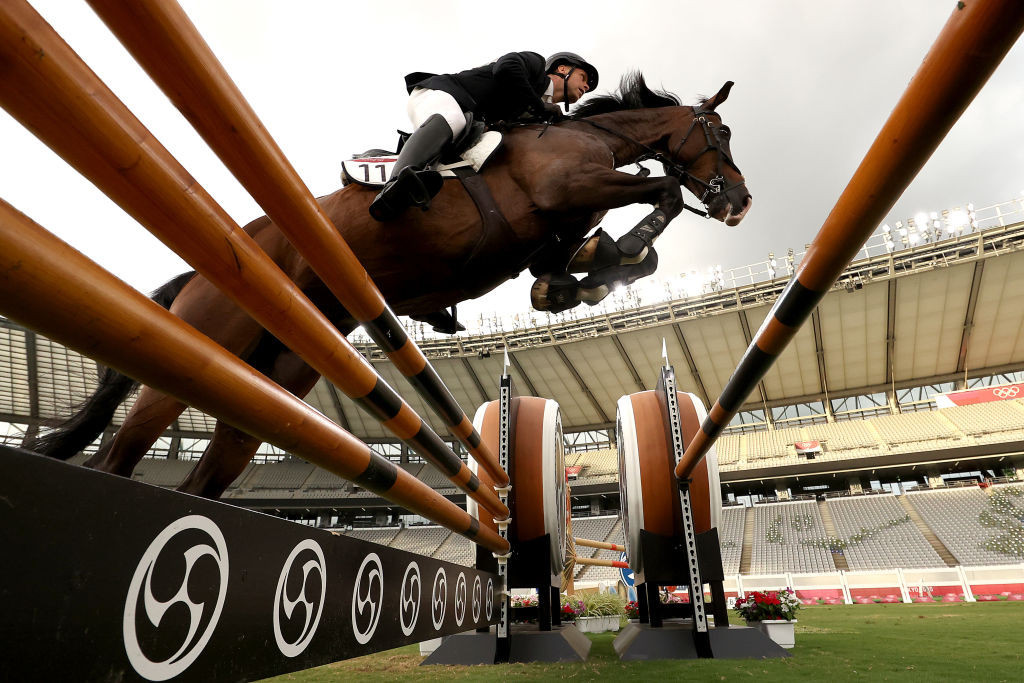 A total of 46 modern pentathletes who have won Olympic medals over the past 60 years have signed an open letter calling upon International Olympic Committee (IOC) President Thomas Bach to intervene personally and prevent riding from being dropped from the sport.

The list of those calling for Bach’s "strong counteraction" to the International Modern Pentathlon Union (UIPM) move to drop the equestrian element after the Paris 2024 Olympics includes Britain’s current Tokyo 2020 champions Joe Choong and Kate French.

Ten men's champions from the last 16 Olympics, and four of the six women’s gold medallists, have called upon Bach to use his influence "against a decision that is clearly damaging and destructive to not just modern pentathlon but also to the prestige of the Olympic Games."

The oldest of the signatories is Hungary’s Ferenc Németh, now 85, who won men’s gold at the Rome 1960 Olympics.

The letter, which carries two main final signatures from Britain’s Sydney 2000 bronze medallist Kate Allenby an Hungary’s London 2012 men’s bronze medallist Ádám Marosi, describes the sport as having been "thrown into turmoil by the executive board of UIPM which decided in a secret meeting - without any consultation with the Pentathlon community - to drop riding from the format after the Paris 2024 Games."

The letter continues: "It has been claimed that the International Olympic Committee demanded this in return for keeping the mutilated sport in the Olympic program.

"Regardless whether this is the case, we, Olympians of modern pentathlon, turn to you personally on behalf of all competitors in this sport to ask for your strong counteraction…

"As the past two decades have proven, we are all ready to adopt changes in the competition rules in order to modernise our sport and make it more possible and accessible.

"Nevertheless we are deeply convinced that leaving out riding will not solve any of the common reservations about modern pentathlon.

"Instead it will create additional challenges and ruin years of hard work for hundreds of athletes."

The focus should instead be on making the riding element of the sport safer, the letter goes on.

The horse refused to jump for Annika Schleu, the competition leader at the time, which led to angry reactions from both rider and coach.

A Riding Working Group was set up by the UIPM in the aftermath and the governing body's leadership was urged to  "engage positively with the recommendations".

On November 4, the UIPM Executive Board exercised a force majeure clause to remove riding prior to the Los Angeles 2028 Olympics programme being ratified due to, it was suggested, pressure from the IOC.

In response, the Modern Pentathlon Association of Denmark has filed an appeal which will be heard first by the UIPM Court of Arbitration.

The UIPM Congress is scheduled for November 27 to 28, with the UIPM President Klaus Schormann, 75, set for unopposed re-election for an eighth term.

The UIPM has told athletes that there will be "consultation" at the Congress regarding what discipline should replace riding - although Schormann told a German news outlet that it "would not be cycling" and then implied the choice was made but would not yet be made public.

He denied the report the next day.

Allenby is one of the leading lights in the new athletes’ pressure group, Pentathlon United, which gathered signatures of almost 700 past and present pentathletes expressing no confidence in the entire UIPM leadership and calling for their resignation.