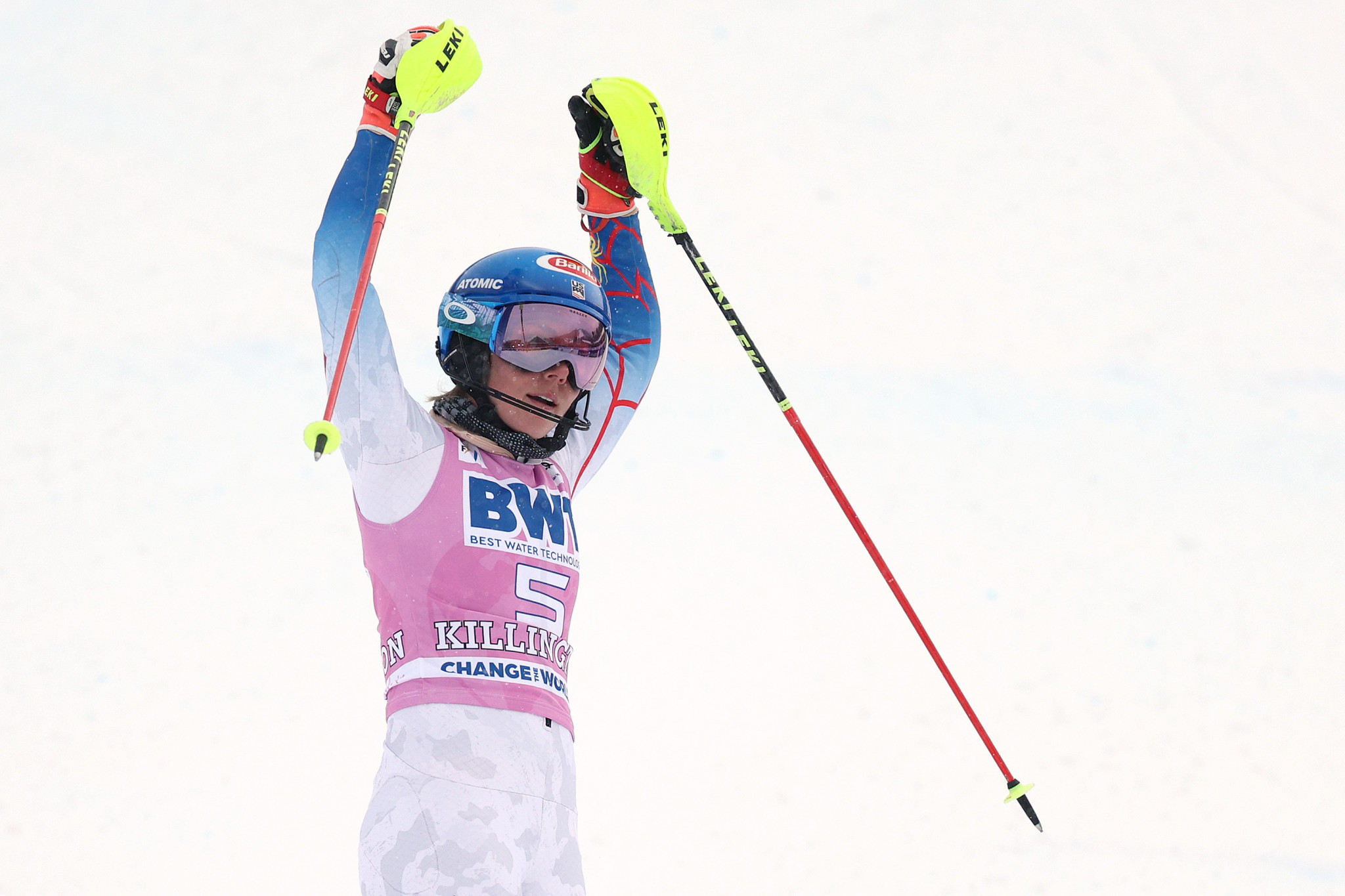 The Slovakian held the lead after the first run over Shiffrin, with the two far ahead of the rest of the field going into the second.

In the end, Shiffrin pulled out a tremendous second run to claim gold in a total time of 1min 38.33sec, as Vlhová was nearly a second behind her on run two.

With 46 slalom wins to her name on the World Cup circuit, Shiffrin matches Swedish great Ingemar Stenmark's 46 wins in men's giant slalom - a record for any Alpine skier in an individual discipline.

Switzerland's Wendy Holdener was third, eight thousandths behind the Slovak who had previously won the other two slalom legs so far this season.

She now has 71 World Cup wins overall, good enough for 3rd on the all-time list pic.twitter.com/Hr9GHWIsyk

It was the only day of action in Killington after the giant slalom was cancelled yesterday during the first run due to high winds.