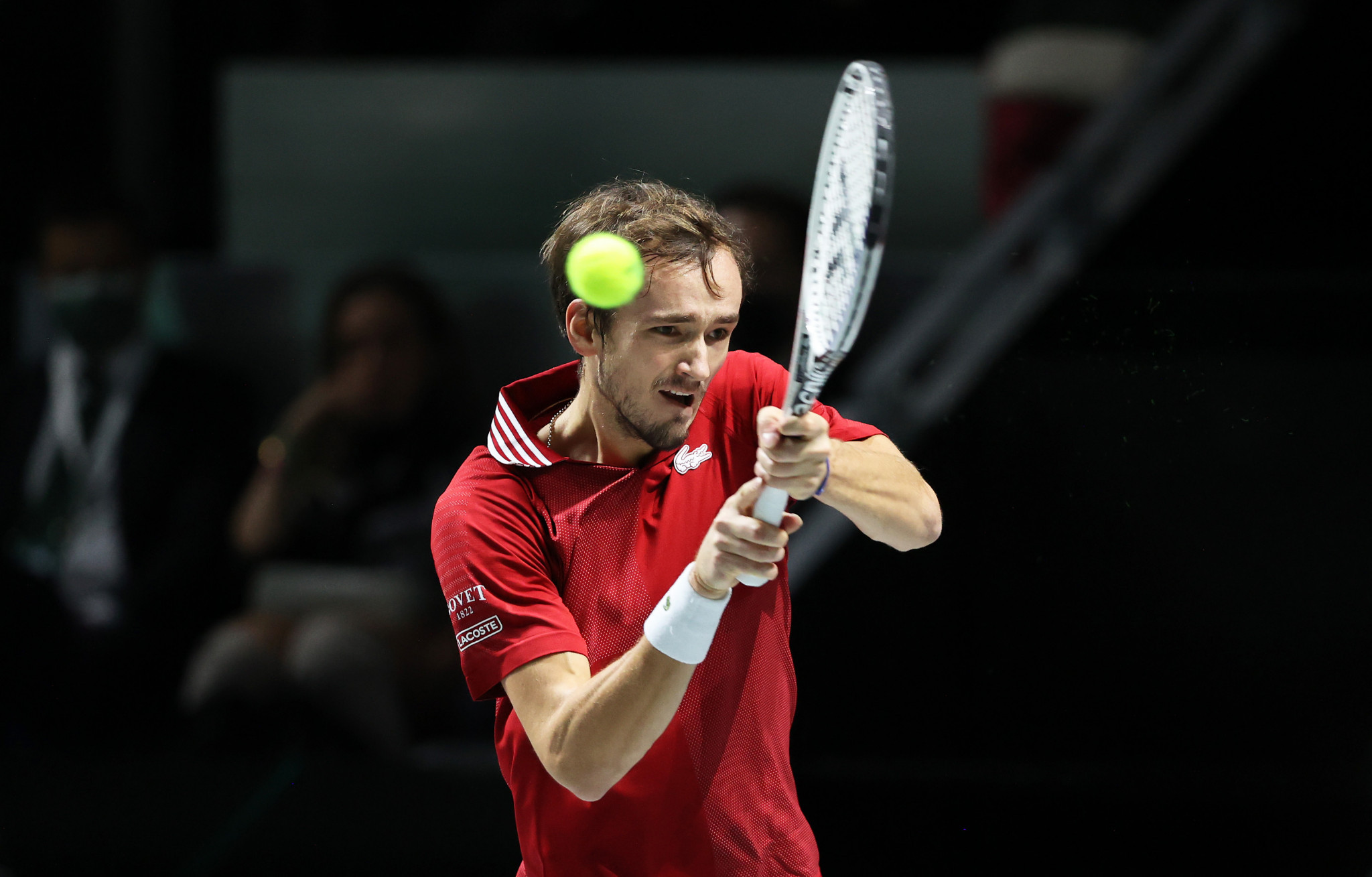 The Russian Tennis Federation (RTF) powered into the semi-finals of the Davis Cup with a straightforward victory over Sweden in Madrid.

The high-powered RTF team won both singles rubbers to advance to the final four, where they will face Germany.

It was US Open champion and world number two Daniil Medvedev who who delivered the RTF team into the semi-finals, brushing aside Mikael Ymer 6-4, 6-4.

Andrey Rublev had faced Ymer's brother Elias in the opening match, which went all the way, and triumphed 6-2, 5-7, 7-6.

In Rublev and Medvedev, the RTF is in the enviable position of being able to call on two top-five players.

The "neutral" RFT team is competing under that banner as Russia's name, flag and anthem remain banned from major international events under World Anti-Doping Agency and Court of Arbitration for Sport sanctions imposed on the country in response to the manipulation of Moscow Laboratory data and cover-up of a state-sponsored doping programme.

The RTF are the only side to have won their quarter-final without the tie going to the doubles rubber.

Croatia face Serbia in the first semi-final at the Madrid Arena tomorrow, before Germany and the RTF clash on Saturday (December 4).