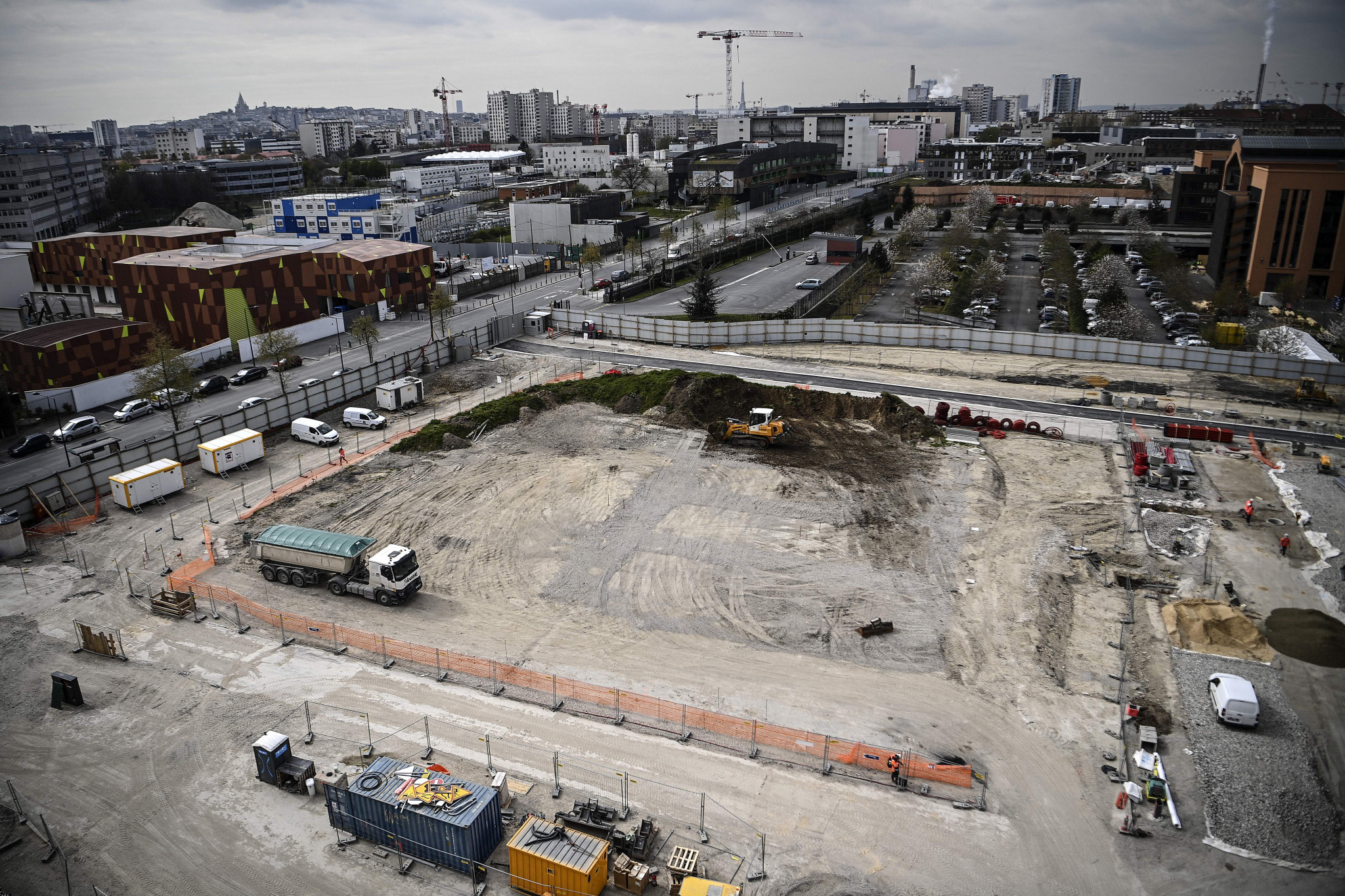 Trade unions have called for site visits for the Paris 2024 Olympic and Paralympic Games venues, denouncing ambiguity over construction projects and the workers who are contracted to them.

French public establishment in charge of the delivery of construction and development operations for Paris 2024, Société de Livraison des Ouvrages Olympiques (SOLIDEO), has been singled out by the unions.

Several of the organisations were present at the SOLIDEO headquarters on Monday (December 6), according to French online sports publication Francs Jeux.

However, their representatives were unhappy at being unable to visit the construction sites.

"We have already visited construction sites in Qatar for the World Cup, and we have other visits planned - and here, none," said Ambet Yuson general secretary of the International Federation of Building and Wood Workers (BWI) to AFP before the meeting.

BWI is an international union for wood and construction workers.

"We don't know anything, neither which company is working on which site, nor who is being seconded," said Jean-Pascal François, the administrator of CGT-Construction to AFP.

"We have to check that the charter is respected.

"It was a cordial walk this morning, but we didn't get a response to our request to visit the construction sites.

"We were told that these are hypersensitive sites and that as such we cannot let just anyone in."

The Paris 2024 Organising Committee adopted a social charter in 2018, which was collaborated on by trade unions with workers rights being

SOLIDEO is chaired by Mayor of Paris Anne Hidalgo and directed by Nicolas Ferrand.

Hidalgo was elected as the Socialist Party (PS) - a centre-left French political party that stands on a social democracy platform - candidate to become the Mayor of Paris in 2014 before being re-elected in 2020.

Hidalgo is the PS candidate for the 2022 French Presidential election.

The Paris 2024 Olympics are scheduled to take place from July 26 to August 11 2024, followed by the Paralympics from August 28 to September 8.

Insidethegames has contacted Paris 2024 regarding the trade union complaints.