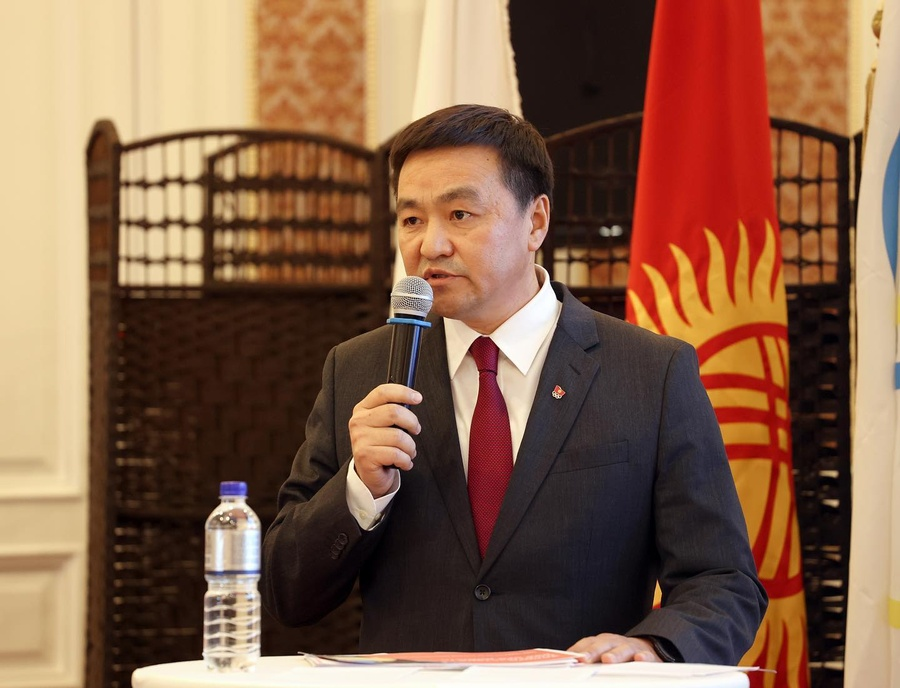 Sadyr Mamytov has been elected as President of the National Olympic Committee (NOC) of the Kyrgyz Republic at the organisation’s General Assembly.

The General Assembly was held to elect a successor to Sharshenbek Abdykerimov, who had stepped down in November due to ill health.

Mamytov, President of the Equestrian Federation of the Kyrgyz Republic, faced the challenge of Kelechek Academy head Bolot Motukeev in the election.

Acting President Kanat Amankulov withdrew his candidacy prior to the election.

Mamytov received 44 votes to his opponent’s 10 in the election, with the official set to serve in the post until the end of 2024.

He reportedly called for increased efforts to develop sport in the nation to boost the country’s representation at the Olympic Games.

"We should support talented athletes regardless of the sport they represent," Mamytov said, according to the NOC.

"Everyone must be provided with everything they need, participate in international tournaments and gain experience."

"Many coaches, instead of performing their direct duties, are forced to look for money for travel," Mamytov added.

"The day-to-day needs of the sports community are close and understandable to me.

"I am sure that in this post I will bring significant benefits to our sport.

"My experience as an athlete and organiser, knowledge of foreign languages, international authority and numerous sports connections give me confidence in my abilities."

Olympic Council of Asia director general Husain Al Musallam wrote a letter to Mamytov to congratulate the official on his election.

"I am sure that the confidence imposed in you by the General Assembly will go a long way in further developing the Olympic Movement in Kyrgyzstan," Al Musallam said.

Asian Equestrian Federation President Hamad bin Abdul Rahman Al-Attiyah was also among the officials to have offered their support to Mamytov for his new position.