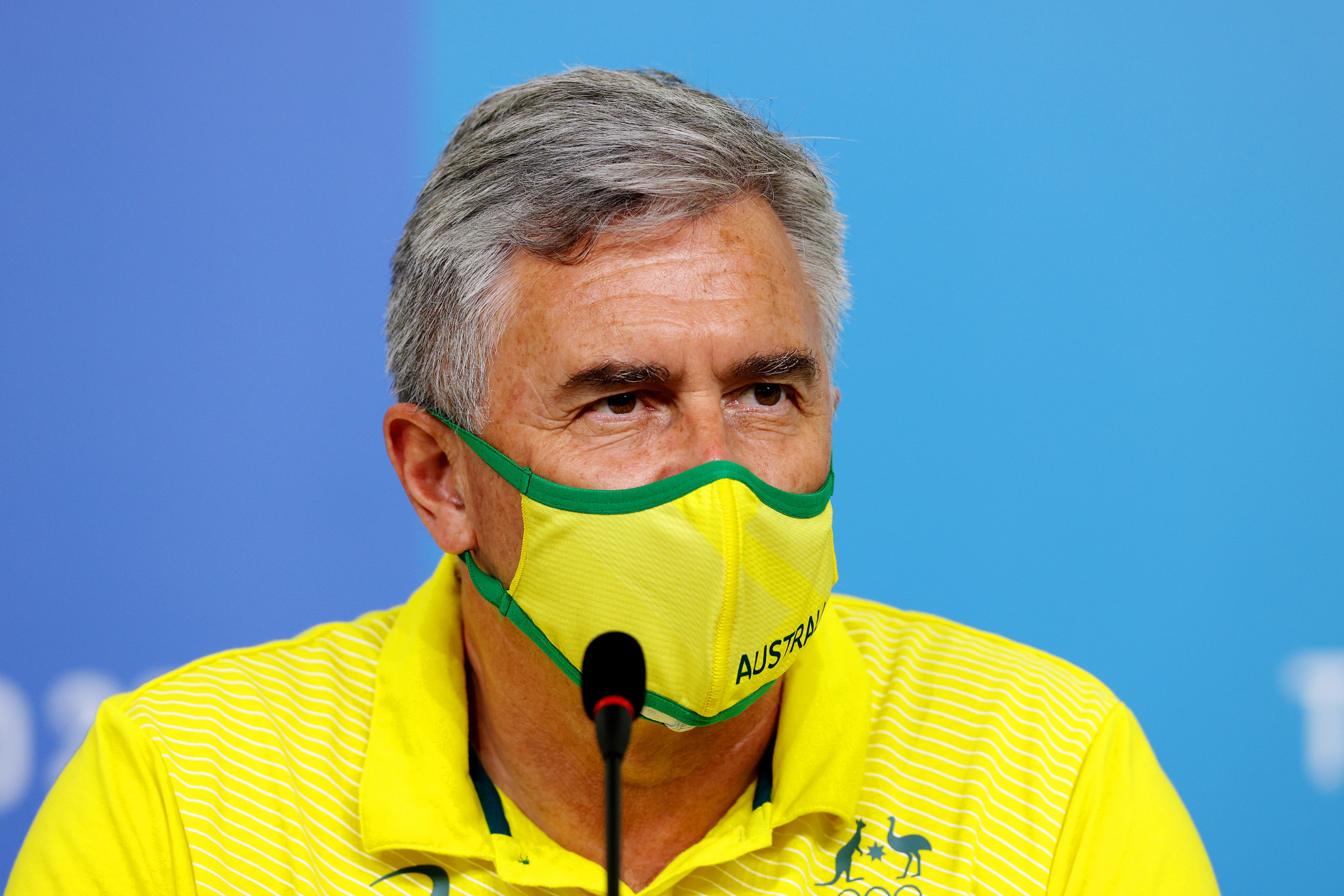 Ian Chesterman and Mark Stockwell have both entered the race to replace John Coates as Australian Olympic Committee (AOC) President, according to reports.

The Australian Financial Review said both men had thrown their hats into the ring with the election due at the AOC's Annual General Meeting (AGM) on April 30.

Seventy-one-year-old Coates, one of the Olympic Movement's most influential officials, confirmed in October that he would step down as AOC President after serving in the role since 1990.

Chesterman, a vice-president of the AOC, was Australia's Chef de Mission at the Tokyo 2020 Olympic Games.

He had previously held the position at every Winter Olympics since Nagano 1998, and has reportedly been encouraged to stand after receiving feedback in Tokyo.

"I confirm that I will be nominating for the position of President at our AGM next year," said Chesterman, according to the Australian Financial Review.

He is the former deputy chairman of the Australian Sports Commission and led Gold Coast's successful bid for the 2018 Commonwealth Games.

The 58-year-old is also a successful property developer.

"I'm going to stand," he told the Australian Financial Review.

"This is a position that should be contested.

"Sport and the AOC are all about competition."

Coates will take up a new role as Honorary Life President after the Paris 2024 Olympics and will remain on the AOC Executive as an IOC member in Australia.

This is in accordance with the AOC's constitution and the Olympic Charter, while Coates will also have a place on the Organising Committee for the Brisbane 2032 Olympic Games alongside the new President.

Brisbane was the first city to be awarded a Summer Olympic Games under the IOC's new process for selecting the host of its flagship event.

In 2019, the IOC established Future Host Commissions, which will identify and recommend venues for the Games and enter into dialogue with prospective countries and cities over staging them.

This has replaced the usual bidding process, with Coates a key figure in bringing in the changes which saw his country benefit first.

The IOC has claimed there was no conflict of interest and that Coates recused himself from the meetings where Brisbane's candidacy was discussed.

Two vice-presidents and seven members of the Executive will also be elected at the AOC AGM in April.

Member sports will be able to cast their votes.

"This week I have written to our members advising them of the process, and as part of the AOC's culture, nominations and governance review, provided position descriptions for the three roles, which have been signed off by the AOC Executive," said AOC chief executive Matt Carroll.

"The purpose in drafting the position descriptions is to ensure candidates, and those nominating and voting, are fully apprised of the roles and responsibilities of the positions and the expectations of the stakeholders both domestically and internationally.

"While there is no remuneration for the roles of vice-president or Executive members, the role of President does receive remuneration that reflects its responsibilities and time commitment and the transition of the role over the past five years in relation to that of the chief executive officer and the senior leadership team, as part of succession preparations overseen by the Executive."

Carroll's chief executive role is not up for election in April.