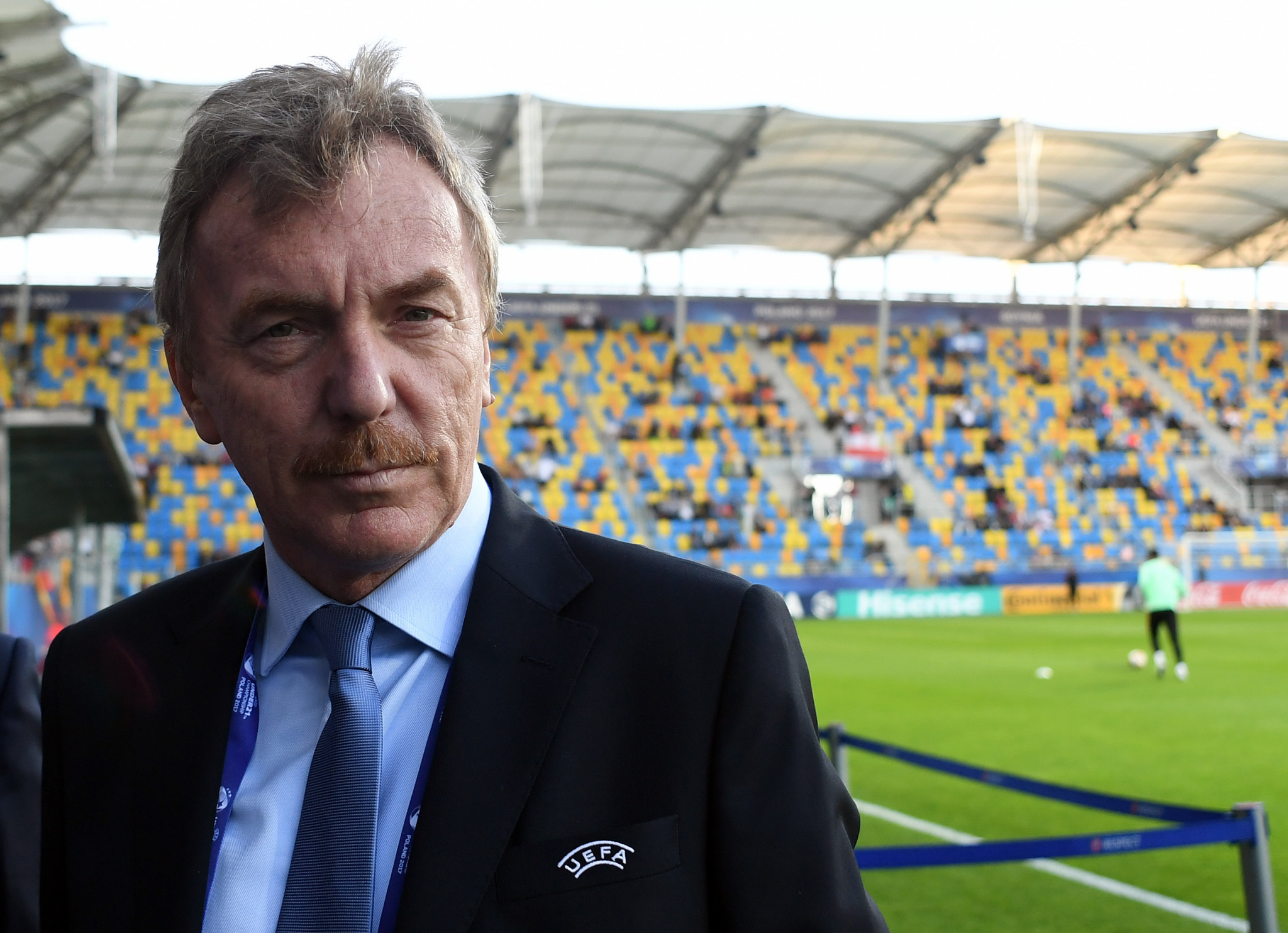 UEFA vice-president Zbigniew Boniek has revealed plans for members of the South American Football Confederation (CONMEBOL) to join its Nations League from 2024 as the two continental bodies strengthen their relationship and opposition to FIFA's plans for a biennial World Cup.

"From 2024 CONMEBOL will join the Nations League," the UEFA vice-president told Meczyki.

"We signed a memorandum about cooperation between CONMEBOL and UEFA and from 2024 these teams will play in the Nations League."

The UEFA Nations League's inaugural edition came in 2018-2019 with the intention of providing extra meaning to international football when compared to friendlies, and until now it has featured the 55 men's national teams affiliated to football's European governing body.

Teams are divided into groups - mostly of four - across a four-tiered system from League A to League D.

Promotion and relegation is available for those finishing top and bottom of their groups, and the four teams who win their League A group advance to the finals.

The Nations League has also offered a back-door route to major competitions, with playoff places available in qualifying for Euro 2020 and the 2022 FIFA World Cup based on results.

France are the reigning champions, beating Spain in the final in October.

Former Polish international Boniek said there are plans for an expansion to include the 10 South American teams.

It has been reported that six South American teams would join an enlarged League A, with the other four added to League B, and all matches would be played in Europe.

However, while UEFA confirmed that plans for an expanded Nations League are being considered, it says a firm decision has not yet been made.

"UEFA is working on a number of projects with CONMEBOL, including a joint Nations League but nothing is finalised and no decisions have yet been made," a spokesperson said when contacted by insidethegames.

The European and South American confederations have engaged in closer relations as both oppose FIFA's proposal for men's and women's World Cups to be held at two-year intervals rather than the current four years.

Earlier this week, UEFA and CONMEBOL extended a Memorandum of Understanding until June 2028, while it was confirmed that a shared office between the two will open in London at the start of next year.

The English capital will also host the Finalissima match on June 1 between the reigning champions from both continents in Italy and Argentina.

Furthermore, UEFA has released a statement in relation to the proposed biennial World Cup, after it commissioned a study by Oliver and Ohlbaum on the plans.

It said the report raised "severe concerns over the sustainability of the plan for European associations", warning of the mental and physical impact an increase in the number of international tournaments would have on players.

"Increasing the number of final tournaments and reducing qualifiers would make players with the busiest schedules play even more, while leaving all the others with less in their calendar," UEFA argued.

"The same would happen to their national teams.

"Teams not reaching final tournaments in the proposed scheme would not only play fewer matches in total but lose regular contact with their fan-base due to the long periods of inactivity."

UEFA also cautioned about the impact on under-21 and youth football calendars, and concurred with the International Olympic Committee's concerns over the impact on other sports.

In contrast, FIFA has released results from its survey in which 76,890 people - of which 30,390 cited football as their favourite sport - took part.

Participants were asked whether they would "like to watch the FIFA World Cup more frequently (for example every two years), provided that players' overall workload does not increase from what it is now?"

In September, FIFA published findings from an initial survey and claimed supporters "favour more frequent men's World Cups", although this was only by adding together the percentages of fans who preferred tournaments annually, biennially or every three years, with 45 per cent favouring the current four-year gap.

A virtual global summit is set to be staged by FIFA on Monday (December 20), where the biennial World Cup proposal is will be discussed.

FIFA President Gianni Infantino has said he is "confident" that a consensus can be reached, but it will not be an Extraordinary Congress, which would have had the power to enact a new calendar.