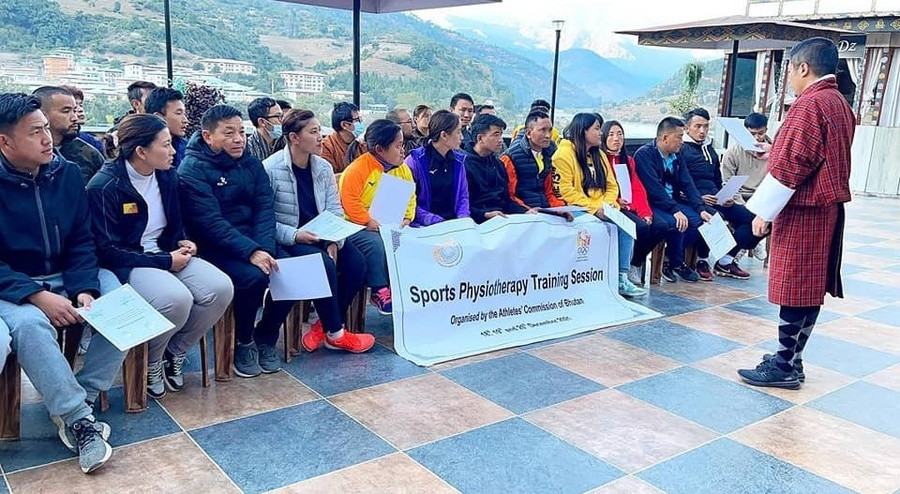 The Bhutan Olympic Committee (BOC) Athletes' Commission has hosted a physiotherapy training session for its athletes.

Held over three days last weekend in Punakha, the session was attended by more than 30 participants and 14 National Federations.

All participants received a certificate for passing the course.

The BOC expressed its gratitude to the physiotherapists for running the session.

"The Athletes Commission of Bhutan would like to thank Olympic Solidarity and the Bhutan Olympic Committee for providing us the support to conduct this programme," the Athletes' Commission said.

Bhutan made its 10th successive appearance at a Summer Olympics at Tokyo 2020.

Four Bhutan athletes competed at the Games, one each in judo, swimming, shooting and archery.

The country has never won an Olympic medal and has never competed in the Winter Olympics.