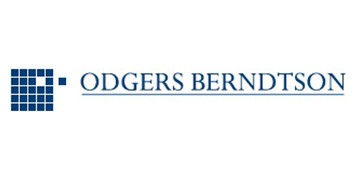 Global executive search firm Odgers Berndtson has been appointed to find five independent directors, including the President, to serve on the Organising Committee for the 2032 Olympic and Paralympic Games in Brisbane.

The Australian and Queensland Governments said they will work with the company to identify the officials, at least one of whom should be an Aboriginal or Torres Strait Islander.

The chosen representatives will be determined by Prime Minister Scott Morrison and Queensland Premier Annastacia Palaszczuk.

"I’m delighted that the Australian and Queensland Governments will work with Odgers Berndtson to identify, attract and secure the best talent for these important positions," said Palaszczuk.

"The Organising Committee will be responsible for driving Brisbane 2032 forward and delivering a great Olympic and Paralympic Games.

"To do this we need to recruit the best people in the world."

They join a group of officials that had already been appointed to the Board, such as Australian Olympic Committee President and International Olympic Committee (IOC) vice-president John Coates, his Paralympics Australia counterpart Jock O'Callaghan and AOC chief executive Matt Carroll.

In December, Queensland's Parliament passed the Brisbane Olympic and Paralympic Games Arrangements Bill 2021, which includes the establishment of the Organising Committee and hands the Board responsibility for the organisation and management of Brisbane 2032.

The legislation also stipulates that half of the Board should be women.

The process of creating the Organising Committee drew criticism from the Liberal National Party of Queensland in October over its protection from right of information applications for emails and documents "of a confidential nature that was communicated in confidence".

Brisbane was the only candidate for the 2032 Olympics and Paralympics after being targeted by the IOC under its new process for selecting venues for the Games.