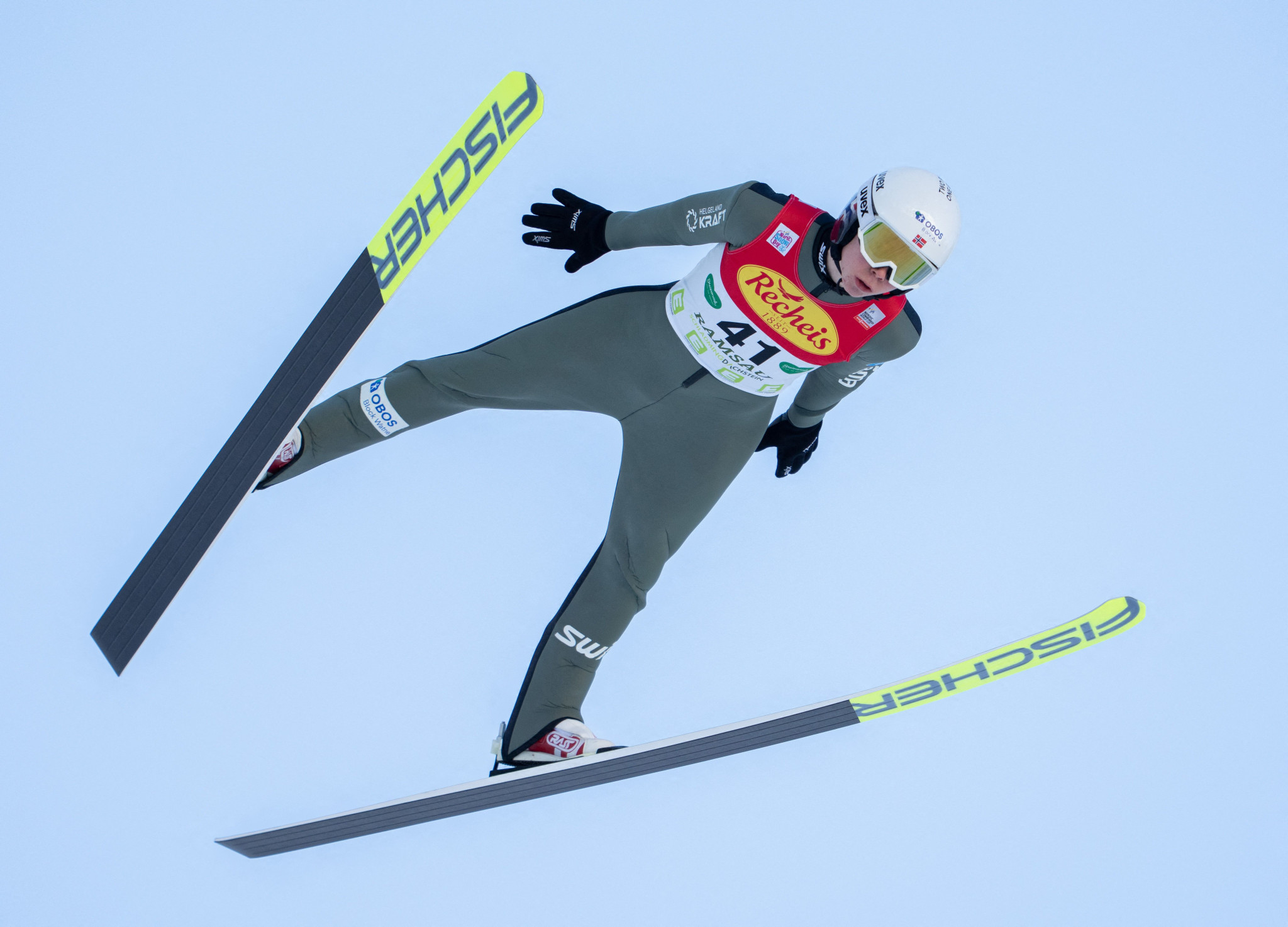 Under sunny but cold conditions in Italy, Jens Luraas Oftebro, Mari Leinan Lund, Joergen Graabak and Gyda Westvold Hansen collected a total of 122.6 points in the ski jumping round to begin proceedings.

Oftebro's mammoth effort of 101 metres set his side up for success as they all set scores of at least 92.5m.

Second place was then taken by Austria, who led for the majority of the round, before the Norwegians surpassed them.

Martin Fritz got the Austrians underway with a jump of 98m before Annalena Slamik reached 96.5m, Lukas Greiderer 100m and Lisa Hirner 89.5m.

The quartet had only a small backlog of three seconds on the leaders with 121.8 points.

Japan placed third with 119.2 points, after being in the lead after the first group.

Yoshito Watabe recorded the highest score of the round after jumping 101.5m.

Team Norway is in the lead after the Ski Jumping round of the first ever Mixed Team World Cup in Val di Fiemme today 🇸🇯 With only a 3 second backlog team Austria placed 2. Here's #GydaWestvoldHansen winning jump to 98.5 meters. #fisnoco #nordiccombined pic.twitter.com/PbqHwI9my0

Yuna Kasai, Akito Watabe and Anju Nakamura reached distances of 95, 96 and 91.5 metres respectively, to go into the cross-country race 14 seconds off the leaders.

The second leg of the competition saw athletes compete in a 15 kilometre cross-country race with two legs of 2.5km and two five kilometre legs.

Oftebro and Fritz contested the race together at the beginning, before the Austrian was able to pull away on the last climb.

He then handed over to his team mate Slamik who was able to establish a lead on the chasing Norwegians.

During this time, Watabe lost one minute on the leaders, forfeiting Japan's hopes of a podium finish.

The 17-year-old shortened the overall gap to the leaders from 34.1 seconds to 3.5 seconds when she handed over to Jenny Nowak.

Hansen then mounted a brilliant comeback to bring Norway on course for victory.

Joergen Graabak confidently defended the lead and finished the race for the Norwegians in first place after 40min 55.5sec while Austria and Germany finished second and third overall, 10.5 and 23.9 seconds behind the winners respectively.