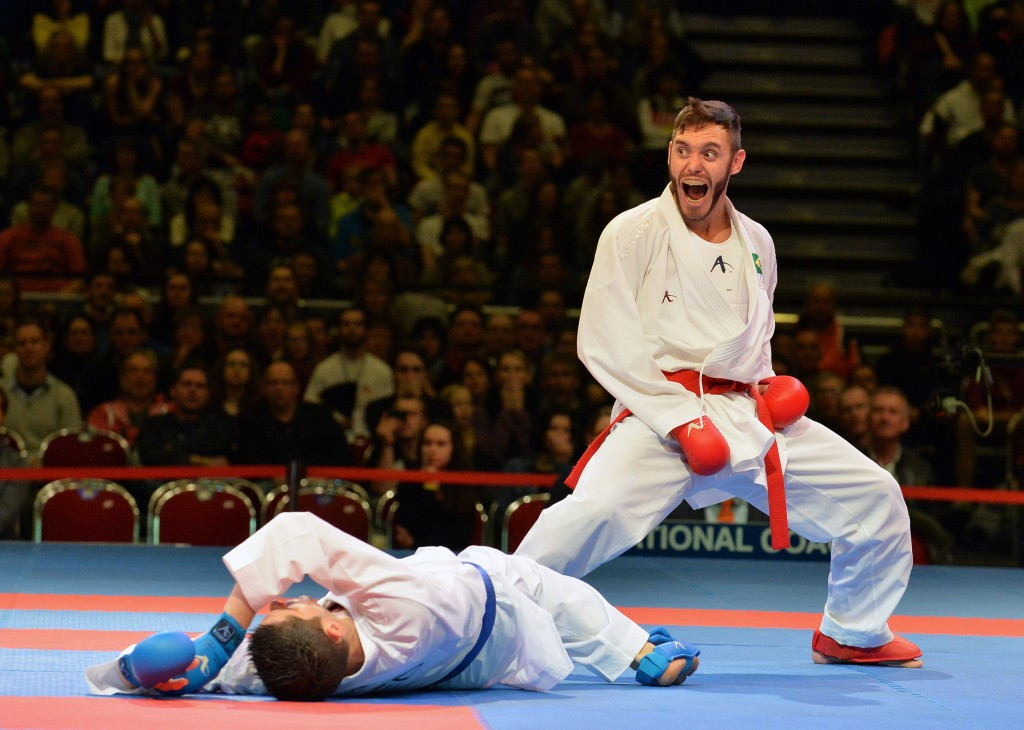 Brazilian Douglas Brose says he wants to add one more karate gold medal at the World Games to his trophy cabinet at Birmingham 2022 at what is likely to be his last appearance at the event before calling time on his career.

World champion in the men's under-60 kilogram, Brose emerged as a top karateka when he won the gold medal at the 2009 World Games in Kaohsiung in Chinese Taipei.

He is set to start as one of the favourites for the title at the Birmingham 2022 World Games, after winning his third title at the World Championships last year in Dubai.

Brose is also the 2015 Pan American Games champion and has a silver from the Cali 2013 World Games.

"I hope and will dedicate myself to get one more gold medal," said Brose to the International World Games Association.

"This medal will become something historic for me, my category, for my country and for the world.

"I will do my best during training and preparing for this event, probably the last edition of The World Games in my career."

The 36-year-old is expected to compete at his fourth World Games, having also finished fourth at the 2017 World Games in Wrocław.

He expressed his excitement for competing at the next edition, saying he finds the World Games format "interesting".

"The last editions were excellent, sharing experiences and socialising with other athletes," he added.

"It's always something really cool.

"At The World Games you have a limited number of athletes, only the best eight in the world, which raises the level of the competition a lot, making the competition much more interesting.

"It simulates the same format we had in the Olympics, so I consider this competition to be our Olympics.

"After getting the final list of the qualified athletes, I will do specific training related to the characteristics of my opponents.

"As there will only be seven of them, it is a little easier to scout out each one, learn the characteristics of each athlete and do specific training for them."

The Birmingham 2022 World Games are scheduled to take place from July 7 to 17, having been postponed by a year to avoid a clash with the Tokyo 2020 Olympics.