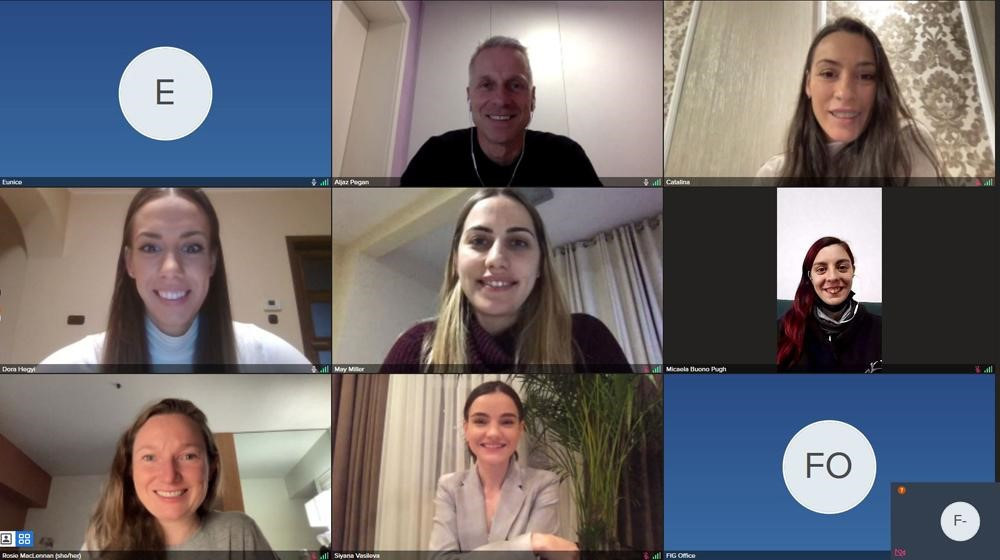 The Slovenian, who was crowned world champion on the horizontal bar in 2005, succeeds Belarusian Liubou Charkashyna and is due to serve in the role until the end of 2025.

"From my first term as athletes' representative for men's artistic gymnastics, I know that being in personal contact with athletes is crucial, even when the situation is difficult, as it has been for two years," Pegan said.

"Athletes’ representatives are important for spreading decisions and policies and making the athletes' voices heard."

Pegan has also vowed to "promote a safe environment for gymnasts and to help to spread FIG awareness campaigns, including the 10 Golden Rules of Gymnastics" in response to abuse scandals that have damaged the sport's reputation.

Safeguarding shortcomings have been exposed in multiple countries, perhaps most notably in the United Sates, where former USA Gymnastics team doctor Larry Nassar abused hundreds of young gymnasts under the guise of medical treatment.

Nassar was sentenced to up to 175 years in prison.

Pegan also wants to raise the profile of top-level gymnastics, targeting both monetary gain and attracting more people to the sport.

"We always hear that the athletes are at the top of the FIG pyramid," said Pegan.

"It should not be only words.

"The time has come to give them more financial support for the energy and the years they invest in the sport, and that comes with higher prize money."

As Athletes' Commission President, Pegan will sit on the FIG Executive Committee and Council with voting rights.

He is joined on the Athletes' Commission by Hungary's Dora Hegyi and Canadian Rosannagh MacLennan, who will serve as the vice-president and secretary, respectively, on the seven-strong panel.

Cătălina Ponor of Romania, Azerbaijani Siyan Vasileva, Israel's May Miller and Argentina's Micalea Buono Pugh make up the rest of the Athletes' Commission.