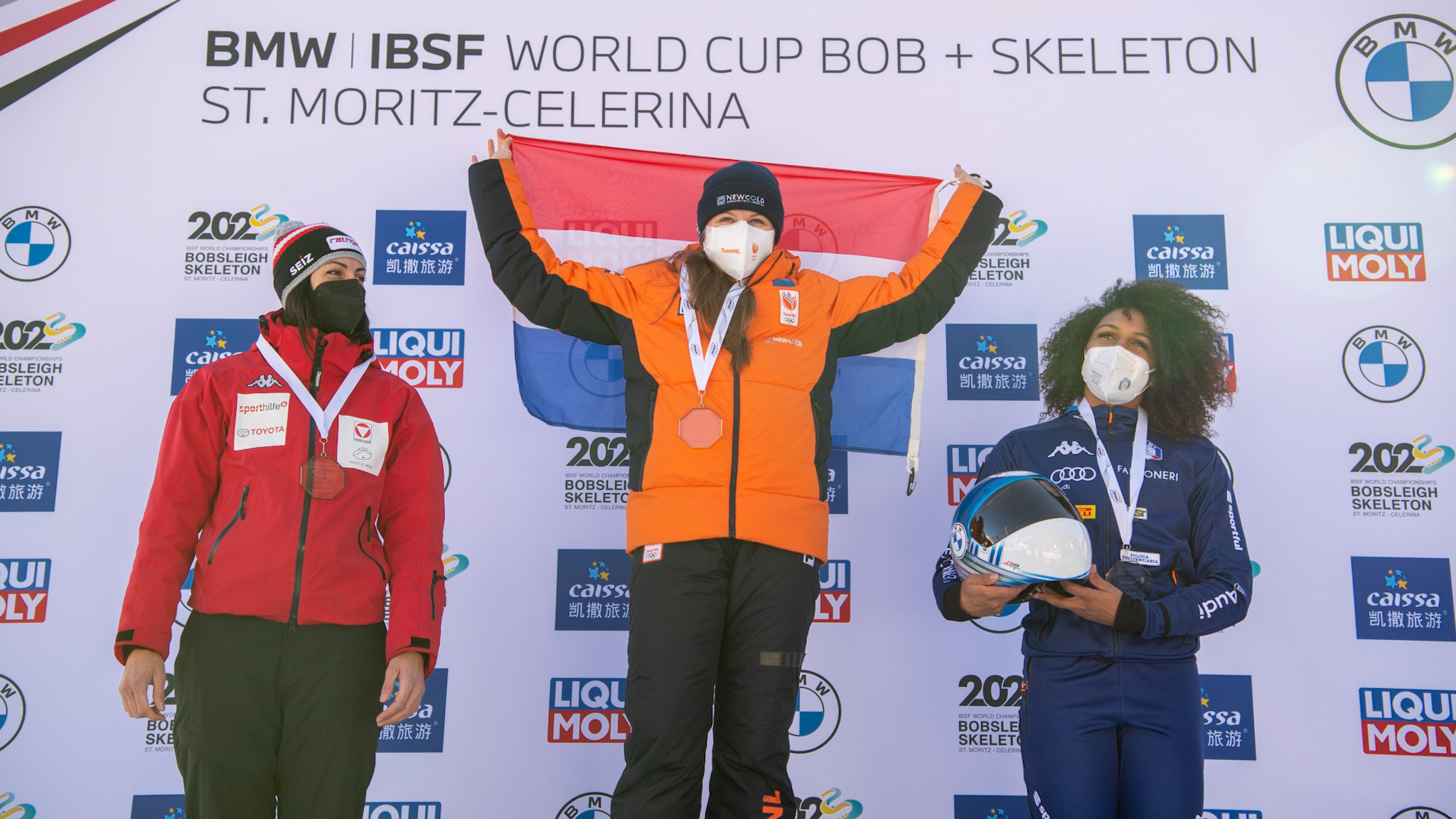 Bos became her country's first overall winner at the World Cup final in Switzerland despite finishing second in the race with a combined time of 2min 17.62sec from her two runs.

The 28-year-old lost out to Jaclyn Narracott of Australia on the day who crossed the line in 2:17.56.

Bronze was secured by Canada's Mirela Rahneva as she finished 0.66sec behind Narracott.

Bos was the best-placed European and won the Skeleton European Championship as a result while Austria's Janine Flock took silver.

Italy's Valentina Margaglio won bronze with a time of 2:18.48.

Bos finished the season with 1600 points in total to beat Flock and Russian Elena Nikitina on 1481 and 1458 points, respectively.

The 37-year-old captured his third win of the season in St Moritz in 2:14.39, beating Germans Alexander Gassner and Christopher Grotheer who finished in 2:14.84 and 2:14.90, respectively.

It left Dukurs with 1623 points in the overall standings while another German in Axel Jungk earned 1551 points and Grotheer made up the podium on 1547.

It is his third consecutive World Cup trophy.